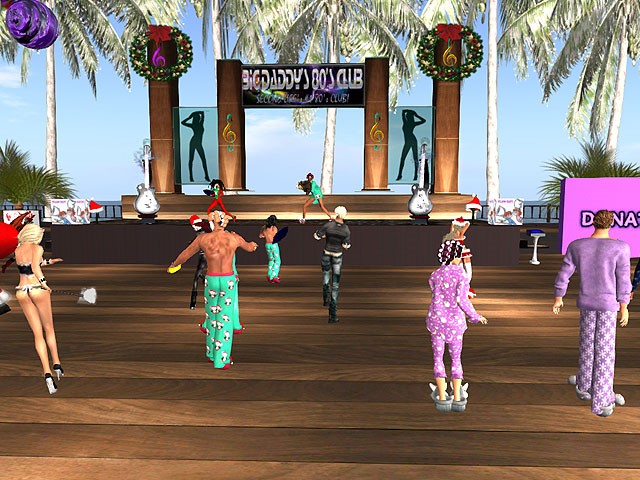 After nearly two decades of being ignored in VR and AR innovation, Second Life is finally gaining deserved recognition in the current explosion of "metaverse" hype. As an active participant and Second Life island owner during the height of its popularity in 2006 and 2007, I appreciate this interest. (My second life avatar is named Media Blessing.) My 2007 book Virtual Worlds: Rewiring Your Emotional Future* focused on Second Life and has taken on new relevance as an accurate predictor of the fundamental shift in brain processes, personal relationships and in future generations' immersion in gaming and social networks.

Social networks replaced Second Life in the zeitgeist and virtual worlds faded into the background." In the metaverse, virtual worlds are back and Second Life is being acknowledged as a gold standard for those interested in looking back to see the future. In that context, I looked back to the reviews of Rewiring Your Emotional Future. The most notable reviewer was Tao Takashi, who wrote Second Life's most respected blog,Tao's Thoughts on Second Life. Here's his 2007 review.

It's time for a book review! Actually, this one got sent to me for review and as it's IMHO a good book. Here's a review for you. I am speaking about the book Virtual Worlds: Rewiring Your Emotional Future by Jack Myers and Jerry Weinstein in which they take a different look towards virtual worlds. "Different" here means that it's not so much about how technology will evolve (it will of course) but what impact virtual worlds will have in the future (like 25 years from now) and more importantly how they will change us emotionally. 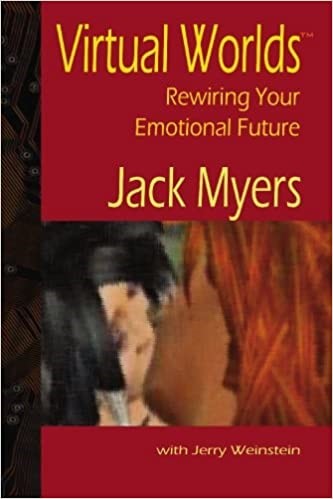 What I found quite refreshing was that it does not start to explain virtual worlds first (of course to some part it explains certain aspects later on) but simply states their existence and jumps directly into the topic. And of course, it's full of Second Life as this is one of the leading virtual worlds right now in many aspects. But also There.com and others are mentioned.

Jack Myers also seems to have understood what virtual worlds are all about (which I am still waiting to happen for the average journalist) and he also quotes the right people with insightful comments. So, they write that virtual worlds are indeed real for residents (and no game) and quotes our well-known James Wagner Au on that and let him also explain that e.g. Sony had a good start but only gives a 30-minute diversion while in the future they have to be more interactive. He also gives some good advice to marketers out there so in order to make use of virtual worlds for them it should be a good read for them, too.

But it's not a marketing book, it's sort of about the cultural basis of virtual worlds and how they might affect us.

The main topic of the book is actually emotions. The authors investigate in how we handle our emotions nowadays and how this might change with virtual worlds in the future. They speak of rewiring our emotional DNA. Of course, this is a somewhat provoking theory and maybe raises some discussions.

Discussions though is wanted and brings me to another interesting point about this book. The book "Rewiring Your Emotional Future" is a book with audience participation. So, comments and insights are welcome and will be published in the quarterly update along with interviews with key figures of virtual worlds.

Moreover, the last 2 chapters are the start of a novel and readers are invited to write an additional chapter form which Jack Myers will select one and publish it again. Then the next readers are asked to write chapter 4 and so on. Authors of these chapters will even receive revenue from future movie and game rights (sounds as if this will happen for sure ;-). (Editor's Note: Regretfully, this didn't happen.)

Speaking about the story I have a little complaint though. The story introduces Jenny and her avatar Ynnej*# which she built herself. The problem I have with that avatar is that it seems to be a person in itself and this is not really what I see what an avatar is. An avatar for me is more of an extension of myself in the virtual world and when a client someday asked, "And you control that figure?" then I wondered what they mean because actually I am that figure. Thus, I found it a little strange when Jenny had a little discussion with her avatar. I would think of that more as an intelligent bot. Of course, that's just a detail but maybe an important one. (Editor's Note: Indeed, an important one. This was after all a prediction of 2030's metaverse.)

So, all in all a good book in which the authors maybe see it right when they claim that someday virtual worlds will have an impact in that they can radically alter politics and society. It might be so or not but to discuss it is certainly interesting.