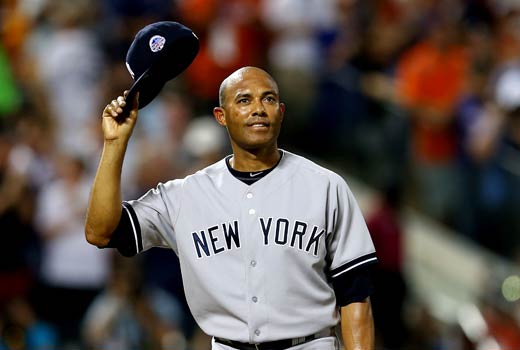 The MLB All-Star Game has become an all-important battle that decides home-field advantage for the World Series. There has been continuous debate about whether or not this should be so. Some argue that the game should be a fun, semi-competitive show of athletic ability and talent. Others believe that the high stakes atmosphere creates an intense form of competition to decide which league possesses the best and most collaborative players. It is significant to understand the league that secures home-field advantage has won four out of the last five World Series. For now the rule stands, leaving the American League and National League to assemble their best players in attempts to thwart the other’s hopes.

Last week’s All-Star game took place at Citi Field, home of the New York Mets. The Queens air was dense and hot, but that did not stop these sports heroes from leaving everything they had on the Citi Field grass. This, along with celebrity performances from Candice Glover, Marc Anthony, and Neil Diamond made for a great show that obtained a significant percentage of the ratings.

In the spirit of baseball’s long-time romance with statistics, TiVo Research and Analytics, Inc. (TRA) used its unique access to over a million anonymized, single-source households that are matched based on their TV tune in behaviors and the cars they own (auto registration data provided by Experian Automotive). TRA looked at all three networks that air Major League Baseball and created TV-Auto Ratings reports for each. When looking across households that watch MLB on all three networks, a few major auto brands stand out among the rest. For the sport that has been tapped as America’s favorite past time, a favorite American auto brand, Cadilllac, hits a triple by over indexes across all three networks. Also of worthy note, MLB watchers are driving Infiniti, Buick and Lincoln brands. On the other hand, Suzuki owners are less inclined to watch MLB. 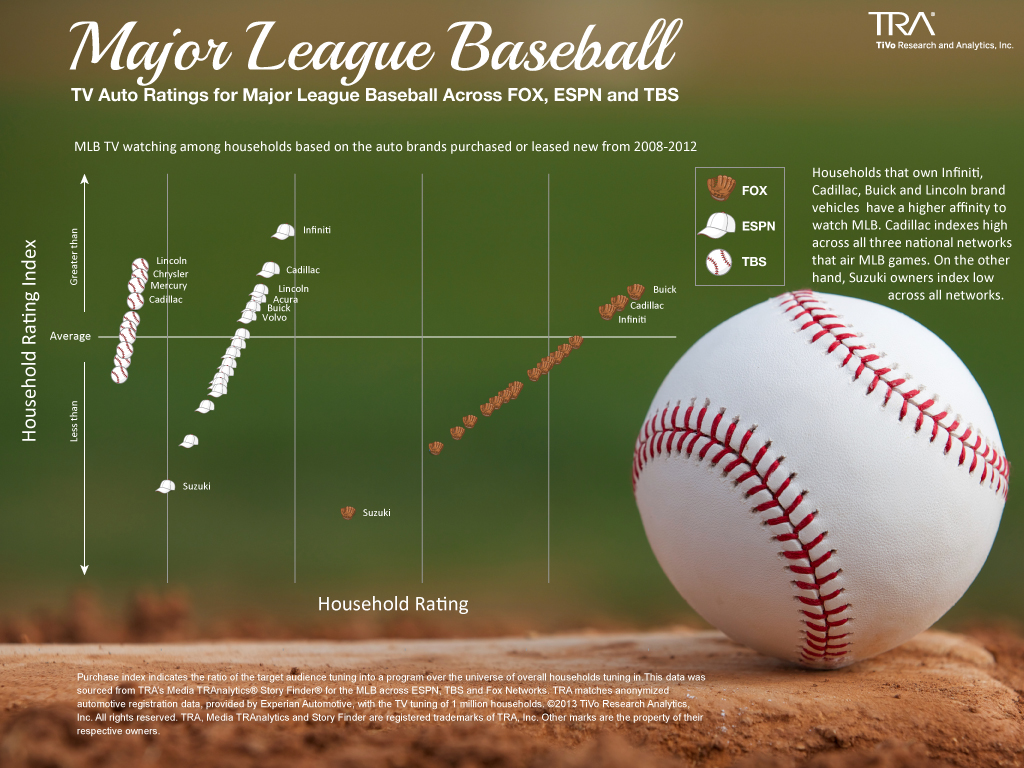 And now, with more stats, here are TiVo’s top Moments from the 2013 MLB All-Star Game:

5. Top of the 9th – 11:06pm EST. Count: 2-2; Outs: 0; Score: 3-0, American League Leads – Trying to keep his team in the game, Pittsburgh Pirates closer Jason Grilli has to face the middle of the AL order, starting with Prince Fielder. The hard swinging Fielder gets his only at bat at the All-Star game and makes the most of it on a 2-2 slider. Although he looks fooled on the pitch, Fielder hooks his bat around and pushes a soft line drive to right field. Right fielder Carlos Gomez comes flying in and tries to make a spectacular catch. The ball slips under his glove and rolls far into the outfield. Hustling all the way through, the 275 pound Fielder dives head first safely into 3rd with a leadoff triple.

4. Top of the 8th – 10:43pm EST. Count: 1-1; Outs: 2; Score: 2-0, American League Leads – Following a double play, the American League has a runner on 3rd with two outs. Jason Kipnis of the Cleveland Indians comes to bat with a chance to widen the lead against Atlanta Braves pitcher Craig Kimbrel. On a 1-1 count, the lefty Kipnis dunks an opposite field double over the head of Phillies Left Fielder Dominic Brown. Salvador Perez scores easily from third, which puts the American League up by 3.

3. Bottom of the 9th – 11:23pm EST. Count: 3-2; Outs: 2; Score: 3-0, American League Leads – Trying to close out the game, Joe Nathan of the Texas Rangers takes the mound. After striking out back-to-back batters, the 6 foot 4 inch right hander gives up a 2 out double, keeping the National League’s hopes alive for a comeback. Those hopes would be short-lived. On a full count, Nathan throws a filthy 88 MPH slider. Pedro Alvarez cannot handle the pitch and pops it up to shallow right-center field. The ball is caught by the 2nd baseman, and the American league successfully secures home-field advantage for the World Series.

2. Bottom of the 8th – 10:55pm EST. Outs: 0; Score: 2-0, American League Leads – Mariano Rivera takes the mound at the All-Star Game for the last time of his storied career. In a 16 pitch inning, Mo retires all three batters while only throwing two pitches under 90 MPH.

1. Middle of the 8th – 10:50pm EST – Last week’s MLB All-Star game marked the end of an era. Mariano Rivera was sent off in one of the most touching and beautiful sports moments in history. Going into the Bottom of the 8th, Flushing erupted when the speakers started playing Mariano’s introduction song, Metallica’s “Enter Sandman.” The 43 year old mega star and perennial All-Star made his usual walk from the bullpen to the mound, but this time was special. This time, he made the trip as the sole player on the field. As he made it through the outfield grass and onto the infield clay, players, coaches, and managers from both teams climbed out of the dugouts to cheer on the best closer in baseball history. You could see the humble man become emotional as he kissed the brim of his cap then waived it at the fans and fellow players. After a long, calming, deep breath, Mo took to the mound and did what he does best.

For more information, please visit us at www.traglobal.com/blog or send an email to 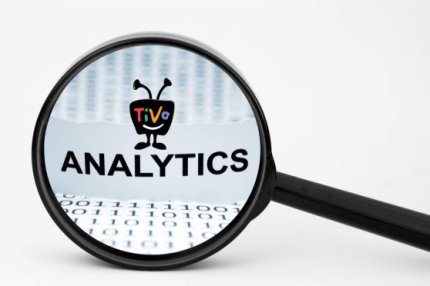