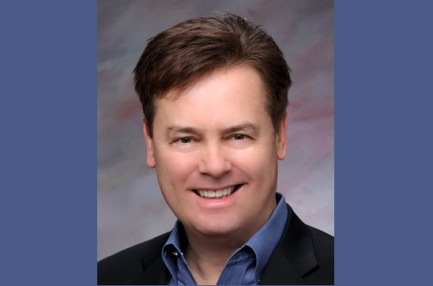 Today's media companies and advertising agencies are learning from the forces of change that they must reinvent themselves even if they would like to believe that the old business/media models will go on forever. The savvier among them realize that they are in an inflection period as a slowing economy and rapidly changing consumer media patterns meet. The best among them are following the advice of business guru Peter Drucker, who said, "the best way to predict the future is to create it."

Jack Myers in his recent book offers insights into these disruptions with his observations of the "Hooked-up Generation." This group of consumers is the first post-pc generation. Understanding their behavior offers important insights and opportunities for brands and marketers for the years ahead.

Here are some of the top disruptions along with innovation opportunities for your company in 2013.

Shopping: A recent study from Deloitte projects that mobile-influenced store sales will grow from $158 billion in 2012 to $689 billion by 2016.Hispanics will be a major force in this market. According to the Selig Center for Economic Growth, Hispanic buying power will grow fifty percent in five years, from $1 trillion in 2010 to $1.5 trillion in 2015. The Hooked-up Hispanics ages 17-21 represent over 17% of the total Hispanic population and they use their smartphone for many activities, including social media and shopping, according to a 2012 comScore study. Smart retailers will create shopping apps for consumers, which include social media sharing components, such as voting by friends on items selected at retail or online.

Media Consumption: By 2016, the "Hooked-Up" generation will be 22 to 26 years old. They will have graduated from college and be in the workforce. They will be the first smartphone dominant generation. Again, Hispanics are the market leaders again with 80% of Hispanics using mobile media as compared to 58% for the general population. According to a 2011 study by Flurry, app users consume 94 minutes a day (on smartphones?) vs. web users, which consume 72 minutes of content. Media companies should follow the consumer's lead and mobilize their content or risk becoming irrelevant. If you want to monetize, then mobilize.

Location: Marketers have long recognized the importance of location. According to General Mills, consumers travel to six stores for all of their shopping needs. Most shopping occurs within a ten-mile radius of where people live and 35% of all purchases come from one store. The ability to reach and persuade with precise targeted messages via mobile to local retailer is a game changer for marketers. If you don't already know how to use mobile to drive to your retail store, you are behind the curve and need to catch up in 2013.

CRM: President Obama's 2012 election team re-wrote the playbook for reaching the "Hooked-Up Generation" with extensive use of Twitter, Facebook, emails, targeted mobile messages, fund raising and getting out the vote. The election for 2014 & 2016 will use these lessons going forward. Smart marketers will study the use of social media and mobile as part of an integrated CRM closed loop, which is both more effective and efficient at reaching this core demographic than other traditional alternatives.