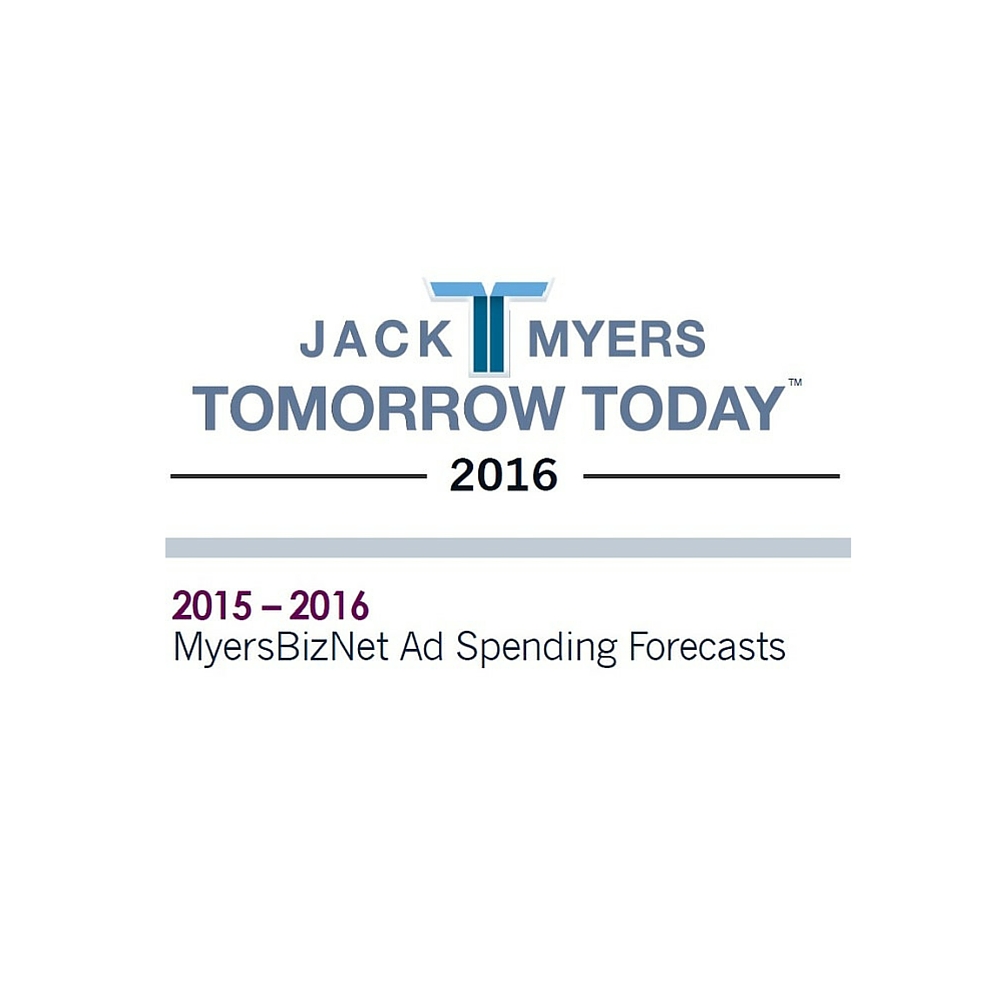 2016 is shaping up to be a strong year for advertising, with MyersBizNet forecasting 7.7% growth, consistent with our original 2016 forecast of 7.3% growth published in December 2014. Based on data developed in conjunction with Standard Media Index and several industry sources, we are reporting final year-end ad spending growth of 1.8%, with total above-the-line marketing investments of $180.7 billion. (See below) We had originally forecast 2015 ad industry growth of 0.9%. All marketing investments, including the ten below-the-line categories reported by MyersBizNet, declined 1.4% to $564.0 billion, reflecting marketers' implementation of shopper marketing investments through digital media options, driving much of the growth of Google and Facebook. (Scroll down for 2015 details and to link to download our full 2015/2016 data and forecasts in PDF format.)

Surprisingly (although not to regular readers of Jack Myers TomorrowToday) the primary drivers of 2015 growth were legacy media, while digital media growth, while substantial, was slightly less than expected. Online originated video advertising increased 52% to $3.5 billion, compared to our original growth projection of 60%. Mobile and apps advertising (including mobile search) increased 62% to $11.3 billion, slightly weaker than our original forecast of 72% growth. Search and social marketing, both reported in our below-the-line data, performed as expected at 8% and 35% growth respectively. Online originated display advertising declined 4.0% to $7.2 billion, better than our original estimate of a 6.0% decline.

Both newspaper and consumer magazine ad revenues declined more than originally projected, with respective declines of 10.8% and 5.7% (Scroll down for 2015 details and a link to download our full 2015/2016 data and forecasts in PDF format.) 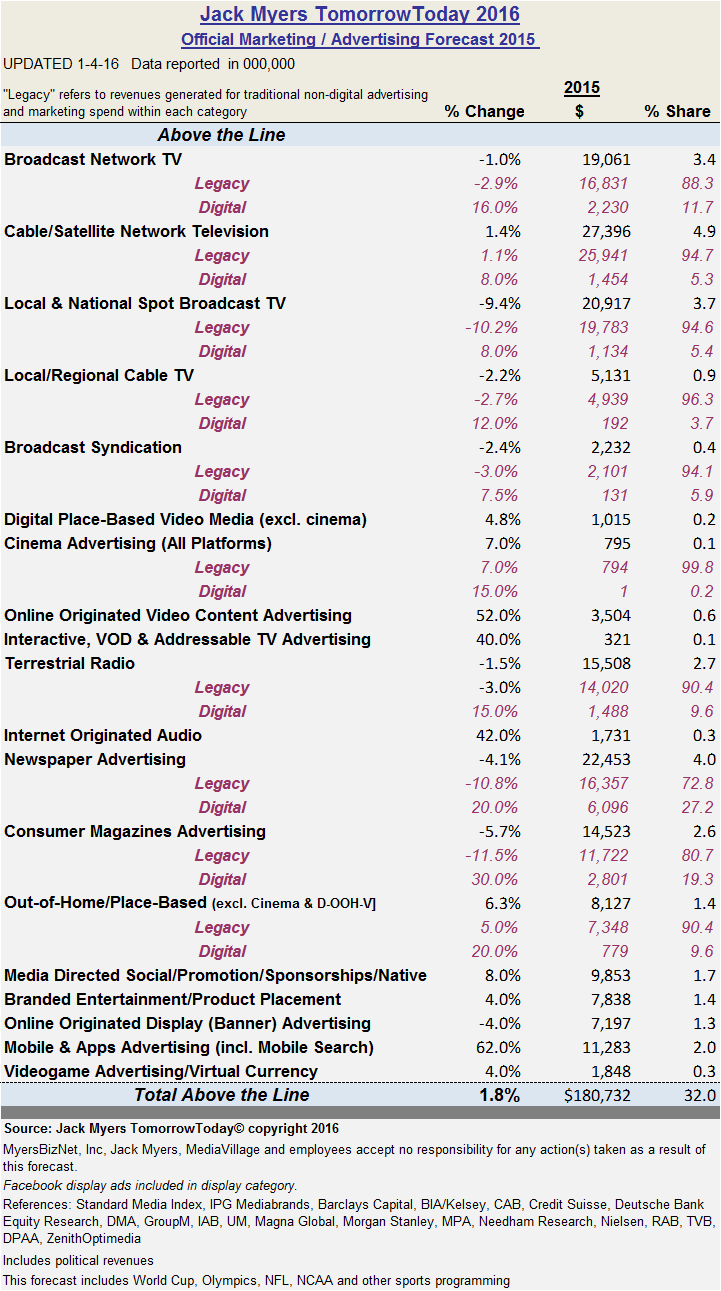