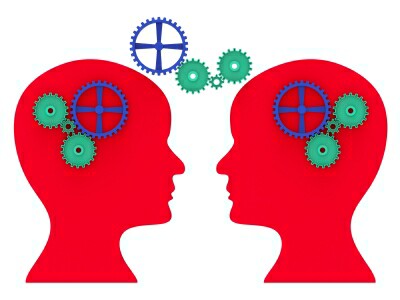 Chronologically we are half-way through the decade.

We humans think of time as linear, so 2015 is five years or half way through this decade. However, the speed of change is ever accelerating. This means that we have experienced about one third of the amount of total change of the decade.  My forecast is that, when we stand in 2020 and look back we will sense that the second half of the decade had about two thirds of the change of the total decade, if in fact that could be measured.  That’s twice as much change in the next five years as there was in the last five.  That is the conservative estimate.

In a column published on 01-01-10 I named the 2010-2020 decade The Transformation Decade.  That column blew up in the blogosphere and on Twitter and is referenced to this day.  The dictionary definition of “transformation” is “a change in the nature, shape, character and form” of something.  Meaning that during this decade, most of humanity’s thinking and institutions will change their nature, shape, character or form.

Think about how much change you have experienced since 2010.

All of your communications technology is different: Smart phone, tablet, lightweight laptop, blue tooth technology in your car and all the various apps on your smart phone through which you navigate and communicate with the world.

How you consume media has probably noticeably changed.  In 2010 did you think you would be lying in bed or sitting on an airplane with a DVD-less device in your hands watching a full-length movie?  Did you binge watch TV episodes the way you do now?  Did you subscribe to a streaming video service? How about a streaming music service?

If you are a reader of this blog you probably accepted that Climate Change and Global Warming were real and were a significant threat to humanity. However it has been since 2010 that the critical mass of people has come to accept these issues as real and dangerous.

Did you even know that there would be the Internet of Things? That your environment would join your phone as being smart and connected? Since 2010 we have entered the Era of Big Data, one of the most transformative changes to society in history.  Real time sociology and anthropology has begun.

Did you frequently use a camera, video camera, or portable music player?  Did you have maps in your car, books with restaurant reviews and travel information?  Did you read all your books in print?  Did you mail in your bank deposits? Well as the saying goes, there is now an app for that.  For almost everything there is an app.  Apps have increasingly become our portal to the world.

The list could go on and on, as this decade has already been so transformative.  These first five years have only been the foundation for the incredible amount of change that will occur in the next five.  The older you are, the more you will feel a bit of disorientation in the years ahead.  You will feel like you would just like to stop, take a breath and absorb and better learn and navigate all the change you have already experienced or been subjected to.

Sorry, but you will have to make that a very quick breath.  Change is pedal to the metal as they say in the auto business, which now has a growing electric segment and the early beginnings of hydrogen fuel cell and driverless car technologies.

The speed of technological change now is the slowest it will be in your lifetime.

As stated at the beginning of this column, humanity has long looked at time as linear.  We have conceived of time as a constant progression of same length days, weeks, months and years.  These will continue to be how we mark the passage of time on our calendars.  The profound difference today from 100, 50, 20 or even 10 years ago is that change, technological innovation, accelerant connectivity on a global scale and disruptions in many aspects of our lives indicate that the meaning of the passage of time has and will change.  We are beginning to look at our lives through the lens of amount of change experienced, not the lens of the passage of time.

We are now much closer to 2025 than we are distant from the events of 9/11/01.  We are basically equidistant from 2000 and 2030.  The amount of change we will experience, even massive upheavals, in the next 15 years will be some multiple of that which we have absorbed since the Millennium began.  Hard to believe or accept, but true.

2015 seems to be the beginning of a threshold passage from the old way of measuring our lives that is time-based to one that will be change-based. All of our journeys are accelerating.

So here we go!