2017: A Down Year in the Marketing Economy. Our 25th Annual U.S. Advertising and Marketing Expenditures Report 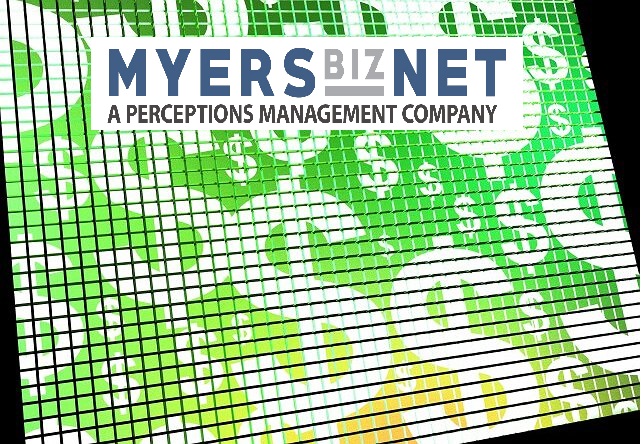 Total marketing expenditures, including advertising and below-the-line communications are forecast by MyersBizNet to decline 0.3% in 2017, slightly better than our original forecast of -0.6% published last January.  Overall 1.5% growth of 2017 advertising expenditures will not be sufficient to offset projected declines of 1.1% in below-the-line and shopper marketing, according to MyersBizNet.  MyersBizNet had originally projected a greater shift of marketers’ investments from below to above-the-line.  While we accurately forecast total 2017 marketing communications investments at flat to -1.0%, Myers’ had projected 5.9% increases in advertising budgets funded by a 2.4% decline in below-the-line.  Based on our current analysis, 2017 advertising growth will be +1.5% and B-t-L marketing will decline only 1.1%.  Myers tracking of all marketing investments since 2000 has reflected a consistent pattern of declining below-the-line budgets driving digital and above-the-line advertising growth, resulting in a flat overall marketing economy.  Spurred by anticipated political spending plus Olympics and World Cup, marketer expenditures are projected to increase 1.9% in 2018. Scroll down for Jack Myers' commentary. 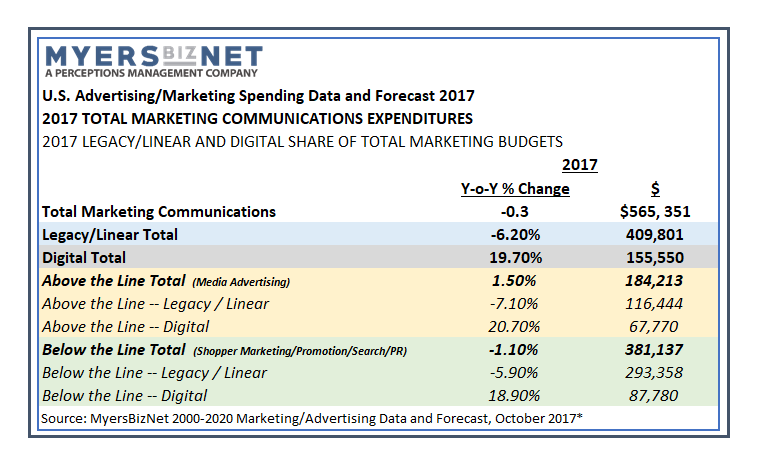 MyersBizNet is the only independent non-publicly traded media industry forecaster, with an unequaled record of accuracy.  MyersBizNet is the only economic analyst that covers and reports data on all 28 marketing communications categories, including ten "below-the-line" and 18 traditional "above-the-line" media advertising categories.  Myers economic reports also exclusively separate legacy/linear and digital spending.

MyersBizNet's full 2000-2020 Marketing/Advertising Expenditure Report is being issued later this month and is available to MyersBizNet member companies.