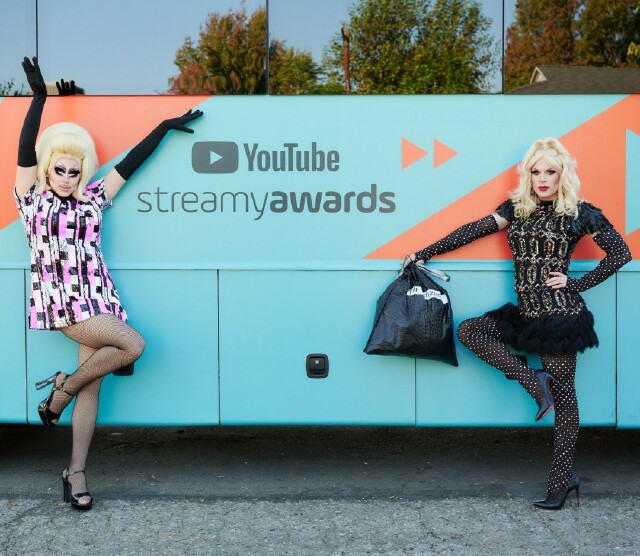 On December 12 the YouTube Streamy Awards celebrated its tenth year of honoring the best online creators and content, now in more than 45 categories. Produced by dick clark productions and Tubefilter, and sponsored by Universal Pictures' recent release The Croods: A New Age and by CarMax, the event was hosted by Trixie Mattel and Katya, the RuPaul’s Drag Race legends and New York Times  bestselling authors who currently front the popular YouTube show UNHhhh. The full show is available on the Streamys YouTube channel along with at-home nominee interviews and exclusive content from the show. (Watch it below.)

The show kicked off with Trixie and Katya sorting through the many garbage bags that filled the stage. Each bag was labelled with an atrocity of this abysmal year, collectively comprising the "trash" of 2020. They threw away bags marked "Lockdown," "Joe Exotic," "Kardashian Birthday Parties," "Karens" and "TP Shortage" before climbing aboard a decked out tour bus they christened the Glamtram that chauffeured them around Los Angeles throughout the show, stopping at the homes of several winners to deliver their awards.

"Tonight we're taking the Streamys on the road, since nothing says super-spreader event like a ballroom full of young creators yelling about their accomplishments for an hour and a half," Katya explained. (Fear not: Proper COVID protocols were practiced by all.) 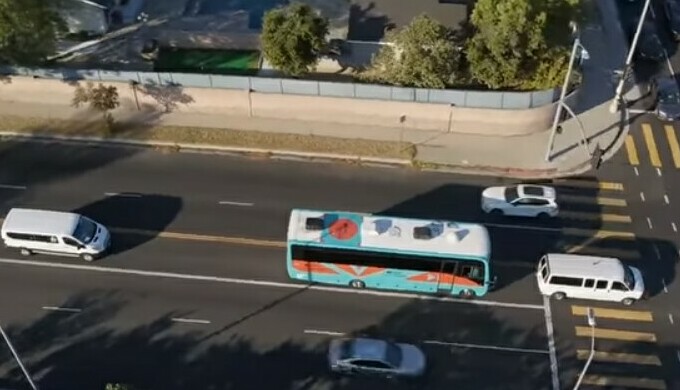 The top award winner of the night went to the stunt-focused content creator MrBeast, who has over 47 million YouTube subscribers. He was honored with four wins including Creator of the Year. CalebCity, Emma Chamberlain, James Charles and Mark Rober tied for second top award winner with two each.

The show had a plethora of stand out moments including creator- led "spotlight segments" that illuminated important social and cultural issues which have globally impacted us this year. Activist Amber Whittington's (Amber's Closet ) spotlight on Racial Justice was truly moving and encouraged everyone to "turn emotion into thoughtful action."

Another stand out creator-led spotlight was by "purpose coach" Jay Shetty. Jay touched on the tough subject of the tripled anxiety and depression rate in America this year and explained where to look for help. It also featured various creators who shared their stories and struggles with mental health. Jay ended his spotlight by declaring, "Our vulnerability is our greatest strength and we are all stronger together."

The introduction of the Streamys Creator Honor was a heartfelt addition to the show. It allowed past Streamy winners to honor their favorite 2020 creator who had personally inspired and impacted them this year.

Vlogging comedianJuanpa Zuritahonored his friend, YouTube sensationBrent Riverawith a Creator Honor Award. Juanpadelivered the newsin an explosive way complete with slime, confetti and a butler delivering the award on a silver platter.

Throughout the awards Trixie and Kayta comically lamented that their show was nominated and lost every year, reminding viewers that it was always an honor "just to be nominated again." Little did they know that 2020 would mark the very first year that they would win a Streamy! Brittany Broski surprised them on the Glamtramwith the 2020 Streamy Award for Best Unscripted Series.

The show went out with a bang as the top award of the night -- Creator of the Year -- was presented by Mark Rober via a visually spectacular drone delivery to reveal the winner. We watched the drone fly across America from Mark’s home in California to that of the winner, MrBeast, all the way east in North Carolina.

For a full list of the nominees and winners, visit streamys.org. The full show is available on the Streamy Awards YouTube channel along with at-home nominee interviews and exclusive content from the show.