3% Movement’s Kat Gordon and VMLY&R’s Walter Geer: The Path from Vulnerability to Belonging 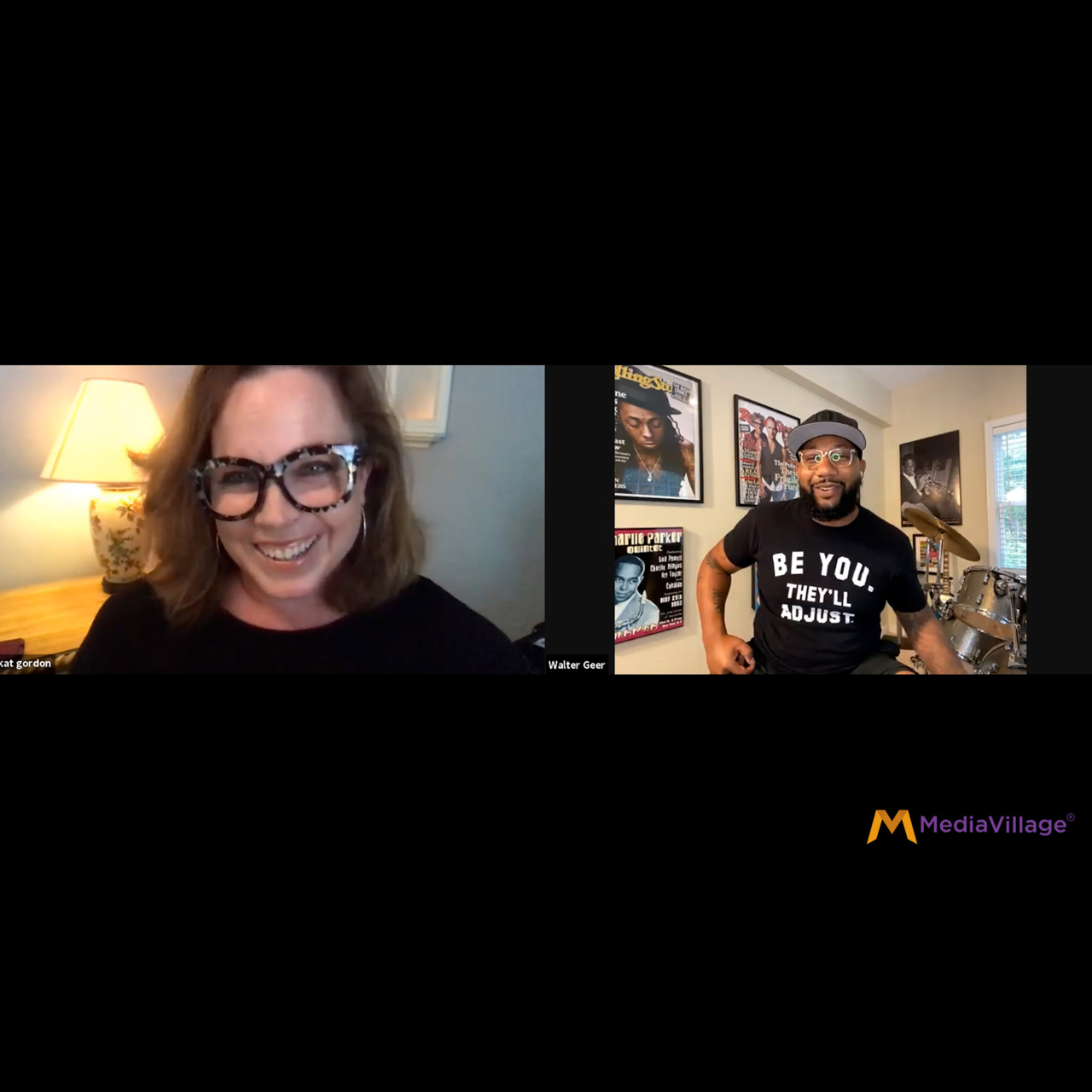 "When we talk about the next 100 years, the conversation is rooted in technology, AI, or space travel, but I really believe that the future belongs to the ancient premise of belonging," said Kat Gordon, Founder and CEO of the 3% Movement in the panel discussion "The Future Belongs to Belonging" during MediaVillage's Advancing Diversity Week. (You may watch the full panel in the video above.)

Gordon is working on a book with the same name as the panel. She believes that until we unlock the contributions of all of us, we won't be able to experience exponential growth that the future holds for humanity.

"When we talk about inclusivity, we ask, 'Do you understand me? Do you understand the things I like, the way I like to be approached, the way I talk?'" said Walter Geer, Executive Creative Director, VMLY&R, who presented with Gordon during the panel. "You understanding me allows me to feel comfortable in my skin. And when I'm comfortable in my skin, I can do the best work of my career." In the session, Geer shared his lived experience of entering the advertising industry feeling marginalized and timid about expressing his ideas and talked about how he overcame those setbacks and what a difference that has made for his career.

Gordon straddles two worlds; she has decades of experience as an advertising director and a creative, and later in her career, she became a social change entrepreneur around the issue of diversity and its relationship to creativity. She works with agencies and teaches them how to enhance their creative efforts by working on their diversity, inclusion and belonging. Gordon is focusing on acts big and small that make a difference and make team members feel welcome and prized, not just tolerated.

She says creativity is an act of vulnerability, and it's also a team sport. "If you have culture inside your company where only one kind of leader is accommodated and centered, then the remaining people are not in a place where they can create and share that act of vulnerability," she said. "That is a loss for the industry."

One example she cited is the discussion about work from home. "There has been a chorus of voices asking to work from home for decades," she said. "It has been one-dimensionalized as a 'mom' issue or a 'parent' issue.

"[But] there are a host of reasons people prefer to occasionally work from home or exclusively work from home," she continued. "A lot of that is neurodiversity. How you do your best work and where you can focus? If you have anxiety, it's about where you feel more at ease approaching your workload. Companies need to evaluate who they center on and who is an afterthought because employees immediately recognize that."

Geer said marginalizing and shaming often starts in childhood when well-meaning family members say, "Make sure you talk this certain way so they don't think that you're ghetto." These sentiments carry into adulthood and are reflected, for example, in people's first work experiences.

"When you and I are shown into a conference room for the first time and hear all the executives and white men in the room talking and acting a certain way and joking with each other, we feel uncomfortable," he asserted. "We then back down into what we've been told: 'I'm not going to say anything in this meeting, cause guess what? I don't want to look stupid.' We need to shut down that tired way of thinking. And that starts with the leadership."

Gordon paraphrased Adam Grant, who commented on a situation wherein people are embarrassed to look back at things they've said or done in the past. Grant said that's actually beautiful, and a piece of evidence that you are evolving as a human. So, how do we actually get people, especially leaders, to realize it's okay to make a mistake?

"Treat your employees the same way as your spouse," Geer declared. "When you f-ck up, you need to say 'sorry.'" You know what a lot of us want? Transparency, honesty, candor. Last year, when everyone was posting black squares saying, yes, we are going to invest all this money, and a year later no one is saying anything about it … Ok, where did the money go?

"It starts with ensuring that leadership is okay with having those transparent conversations," he said. "Let us know that hey, we haven't done everything we promised last year, but we're trying. And this is what trying looks like."

On making mistakes, Gordon said, "I am so much happier as a human and how I can spend my time, and the depth of conversation I'm sharing with other people as a result of withstanding that discomfort of being an idiot once in a while."

"Owning that is so important," added Geer, "and it says so much of a leader who can come out and say, 'I'm sorry I screwed up, and here are the changes I'm gonna make to fix that.'"

Asked under which conditions he had the most breakthrough work period of his life, Geer recalled a boss who kept pushing him towards opportunities and through the discomfort that he felt about speaking up for his ideas at the time.

"Confidence is everything, and you cannot be confident unless you know who you are," Geer explained. "It means being comfortable saying what you want to say, dressing how you want to dress, and being who you want to be."

Referring to the T-shirt he was wearing, which had the words BE YOURSELF. THEY'LL ADJUST emblazoned across the front, he concluded, "Be you and let everyone around you adjust. It should not be the other way around."