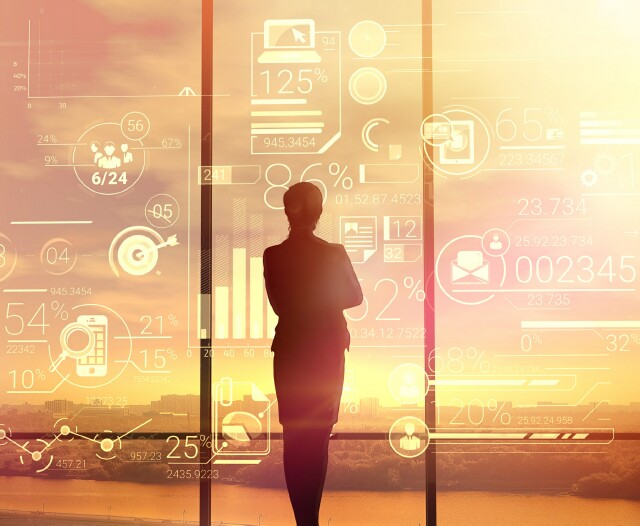 Media and advertising agency leaders regularly affirm their commitment to attracting and promoting women and people of color. But executing? That takes resources and action. To succeed, employers need to offer flexibility and respond to employee needs. That's the advice from two leading female executives, Marla Kaplowitz, President and CEO of the 4A's, and Rocki Howard, Chief People and Equity Officer for The Mom Project, a female-led data and advocacy organization.

"Flexibility is the new currency," Kaplowitz said at the 4A's Talent@2030 conference, where she held a frank conversation with Howard titled Flexibility: Driving the Future of Female Leadership. "Companies need to be much more open to listening to what their people need and delivering on it," she added.

That problem grew over the last couple of years. During the pandemic, many women suffered career setbacks. While juggling demands of work, family and health concerns, some women have been forced out of the labor market, while others have struggled for visibility and promotions.

Citing a MetLife survey, Kaplowitz said half of all women said the pandemic negatively impacted their career, while one in five women said they'd been pushed out of the workforce.

To help women recover -- and be better prepared for the next crisis -- companies need to evolve, Howard said. "How can we look at trends, and how can we look at how work works today and take those lessons and move to the future?" she asked.

One answer is to listen. Kaplowitz and Howard encouraged agencies to survey female employees about what they want -- and need -- to be successful.

For instance, Howard said, women have been asking for remote and hybrid work for years, but many companies were slow to respond. The pandemic forced their hands, creating the flexibility many women desired. She also urged companies to limit after-hours engagements, which can alienate working parents who feel forced to choose between their families and work events.

To attract more talented women, she said employers should turn to newer work models, including gig workers, and then extend to them the same corporate supports, such as training, talent development and HR benefits.

"We need to understand why workers are moving to different ways of work and how we can fill those gaps and needs by changing the types of work we offer," she said.

When companies are attuned and responsive, more women will advance up the corporate ladder. That's the goal. Currently, however, women are woefully underrepresented in the C-Suite. There are even fewer women of color in leadership positions. According to Howard, in 2020, 85% of corporate leaders were white men, and, currently, only 7% of Fortune 500 companies have a female CEO. Among Black women, only three females have ever helmed a Fortune 500 company.

"The disparity is real and those of us in these situations have the power to impact change," she said.

Employers need to combat systemic pay inequity. On average, women in the U.S. earn 82 cents compared to every dollar a man earns, according to the Bureau of Labor Statistics. Employers should be blind to gender, Howard said. "It doesn't matter if it is Mary or Mark in the job, it should be 'Here is what we pay,'" she declared.

Companies can improve their diversity, equity and inclusion (DEI) by rethinking the talent recruitment process. In job interviews, women and people of color are often handicapped with inappropriate questions and disparities, Howard noted. An interviewer might pointedly ask a mother how she'll juggle the demands of children and the job. In other instances, there is overt wage, racial and physical discrimination. Those actions put women and people of color at an immediate disadvantage over white males.

Kaplowitz and Howard recounted their own experiences with discrimination. Earlier in her career, when Kaplowitz was close to landing a new job, she was asked to produce a W2 tax document to prove her previous salary. Once, when Howard was up for a big promotion, a manager told her she'd have to change her dreadlock hairstyle if she wanted the position. Hiring managers, Howard said, need to be more empathetic, respectful and thoughtful.

Now that schools have reopened and office life is resuming, some women are trying to reenter the workforce. But they may face a new obstacle: explaining gaps in their employment. Kaplowitz urged employers to give these women a chance. "When you look at a resume, it doesn't tell the true story of someone and their background and their experiences, and what they've endured," she said.

At the 4A's, Kaplowitz said the organization recently rehired a woman who had worked there earlier in her career, took time off to be a caregiver, and then reentered. "She's been fantastic," Kaplowitz said. "She kept herself busy and kept herself interested and she was ready to jump back in."

Of course, not everyone's experience will be so smooth. Some women trying to return will be passed over or underpaid. Companies and organizations, including The Mom Project's Rise program, are trying to help with job training or "upskilling" programs, which help women learn or update skills necessary to advance their careers. Select employers are offering "returnships" for women to train for new positions or advancement.

"Companies need to focus less on skills and more on potential capability and invest in those people," Kaplowitz advised. "I think that's a fantastic reminder of what they need to do."