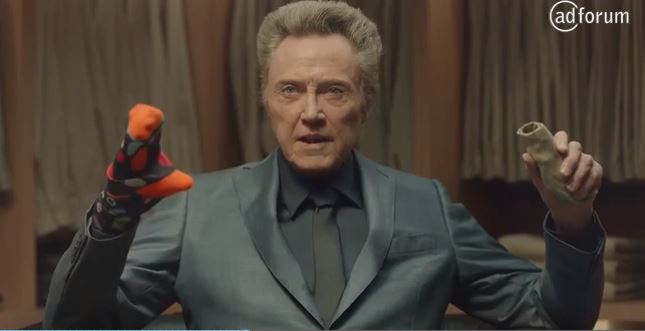 David&Goliath’s new Kia Optima ad is slated to air in the third quarter of Super Bowl 50, and features lovable weirdo Christopher Walken (and his iconic hair) in a quirky, cowbell-free role promoting the colorful sock-worthy exceptionalism of the Kia Optima. The ad is hilarious, culturally relevant, and on point. And Colin Jeffery, CCD at David&Goliath was kind enough to take some time to discuss the ad and the creative workings behind it with AdForum’s James Thompson. Enjoy:

AdForum: What about Christopher Walken, as a brand, makes him the perfect fit for the humor and message in this ad campaign, and what came first—the idea of a walk-in closet that led to a call with Christopher Walken, or was he on board first and the closet idea was built around his persona? (Either way, it certainly works.)

David&Goliath: I won’t bore you with the details of a lengthy (but very necessary) strategic planning process. In short, we decided to position the Optima as the “Stand Out” midsize sedan. It’s sophisticated, stylish, and very different, an exciting alternative in an otherwise boring and uninspired midsize category.

We needed a way to introduce the Optima as all of the above, while still retaining Kia’s youthful spirit and smile. Christopher Walken’s name came up early in the creative process; he (much like the Optima) is sophisticated, stylish, and very different. He also happens to be the coolest human on the planet. Fact.

So we started developing a character and voice with Walken in mind. The character ended up becoming this inspiring life coach/wise sage that used obscure metaphors to convey his message. The Walken Closet came later, someone threw out the idea, and suddenly Walken had a home. The whole thing started to come together. 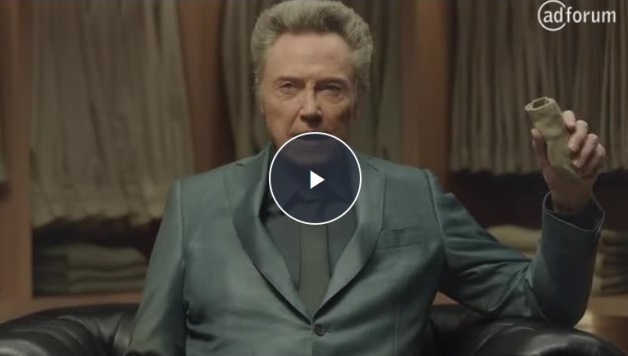 AdForum: There is so much pressure with respect to Super Bowl ads, with a 30-second spot costing $5 million. How did the creative team at David&Goliath handle that pressure, and was this campaign treated any differently than other campaigns with lower-profile launches? If so, how? If not, why not?

The stakes are at their highest with over 110 million people watching, so you really have to manage the process and deliver. Given the stakes, we evaluate the work, not just on its strategic and creative strength, but also its sense of scale and ability to stand out in the Super Bowl of Ads. Needless to say, that’s a very high bar.

One thing we’ve learned over the seven years is that the Super Bowl creative process is a marathon, not a sprint.

AdForum: Advertising campaigns today must not only engage consumers in the moment, but also live well beyond that moment in the permanent netherworld of social media. How does David&Goliath view this evolving reality in advertising, and, specifically, how did the agency implement a social media strategy to complement the “Walken Closet” Super Bowl 50 ad?

David&Goliath: Beyond the spot, we activated the campaign across multiple channels and through key digital media placements. The 2016 Optima launch uses the metaphor of the “Pizzazz” socks to show how the Kia Optima is the “Stand Out” midsize sedan. To amplify this, we printed hundreds of “Pizzazz” socks with our lifestyle apparel brand partner, Stance, and sent them to various influencers to show us how they #AddPizzazz in their life.

We created a multi-channel, behavior-driven strategy that hinges on compelling content that is shared natively on their social platforms and aggregated on the Kia Tumblr page.

We even went one step further and put together an influencer program, tapping into IBM Watson’s Personality Insights API in order to activate the most relevant social media influencers for the campaign. With our partner, Influential, we’re using social media and teaser content to build momentum around the Super Bowl spot and make it work as hard as possible.

Lastly, key media placements such as a YouTube.com Masthead and a promoted Twitter trend also played a key role in our digital strategy to amplify our campaign.

AdForum: Super Bowl 50 will be watched by millions upon millions of viewers comprised of various demographics via a spectrum of digital devices in addition to traditional TVs (last year the Super Bowl was watched by 114.4 million television viewers). What consumer base did David&Goliath target with the “Walken Closet” campaign, and what strategy was implemented to achieve its target audience goals?

David&Goliath: We approached the audience for our Super Bowl campaign in a very different way than we would typically think about a target. Because the stage is so large and presents such an enormous opportunity for Kia, we designed the “Walken Closet” campaign to reach and resonate with a very wide audience. But our core audience is modern, progressive people who are drawn to brands that break the mold rather than fit it. Not only is Christopher Walken the perfect embodiment of that audience, his unique style and humor will entertain everyone watching the Super Bowl.

AdForum: Who does David&Goliath want to win Super Bowl 50, and what will be the final score?

David&Goliath: Given that our spot runs at the end of the 3rd quarter, what we really want is a close game. The more eyeballs the better.