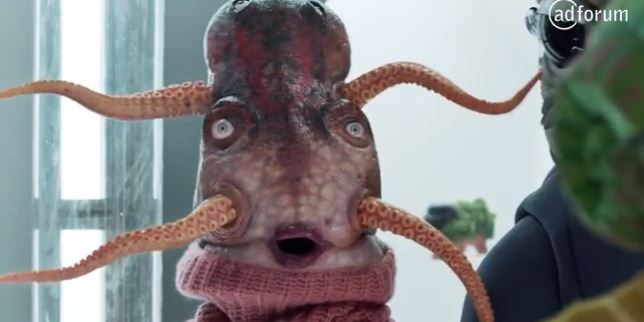 GSD&M discusses the role of humor in advertising, an onslaught of Chia Pets in Toronto, and handling the pressures of creating Super Bowl ads.

There is no greater pressure cooker in the advertising industry than being tasked with creating a unique, compelling, and memorable ad for the Super Bowl, where 30 seconds of air time cost $5 million. GSD&M faced this formidable challenge, and nailed it, with a ridiculously funny ad titled "BOUNTY OF EARTH" for Avocados from Mexico. Tom Hamling, Group Creative Director at GSD&M, was nice enough to take some time to answer a few questions from AdForum's James Thompson about creating the ad and handling the pressures of Super Bowl expectations. Oh, and he offers a uniquely creative prediction for the big game's outcome.

AdForum: The “BOUNTY OF EARTH” ad is hilarious! Being “funny,” however, is one the most challenging and dangerous propositions for creatives in advertising. Not everyone shares the same sense of humor, and when humor fails, it fails almost comprehensively. How did you know this ad was going to be so relatable and funny, and how important is humor in advertising?

GSD&M: You’re right. Humor is very subjective. I think what we’ve learned when it comes to making funny Super Bowl ads is that you really need something for everyone. Some of the jokes should be easy and low-hanging, while others should be more insider…more layered. That not only helps with what you put on screen but also in all the social talk that happens during and after the game. One man’s Rubik’s Cube is another man’s Emoji for lack of a better metaphor.

AdForum: There is so much depth and thoughtfulness to the “BOUNTY OF EARTH” ad—which, admittedly, is an awkwardly highbrow interpretation of such a hilarious and unpretentious ad. From Scott Baio to the Rubik’s Cube, there is plenty of cultural commentary. However, the line “This is the white and gold dress that caused a civil war,” is of particular interest. In war, the victors write the history. Who at GSD&M decided that the Black-and-Blue loyalists lost the civil war, and how was that decision made?

GSD&M: Ha. There was actually a big debate about this. We shot it both ways. The script initially called it “the black and blue dress” but we decided in the edit that it’s funnier if we call it “white and gold” because it will get people to argue about it again. There were actually 3 people on set who still believe it’s “white and gold.” Which it clearly is not.

AdForum: Is there a Chia Pet in the offices at GSD&M, and if so, where does it live? If not, how did the Chia Pet make it into the BOUNTY OF EARTH ad, and how did it survive changes in cultural relevance over the millennia?

GSD&M: I actually have never seen a Chia Pet around the office. Not sure any of them made it back here. Which means that there are about 20 new Chia Pets floating around the suburbs of Toronto where we shot. 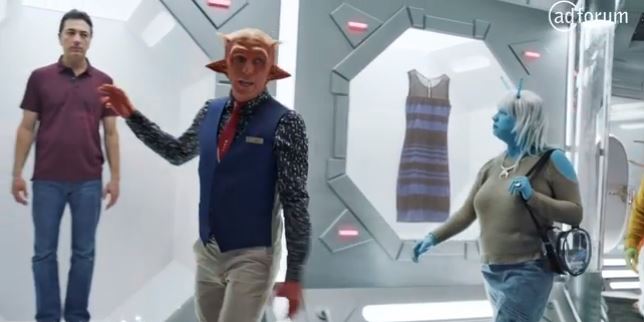 AdForum: There is so much pressure with respect to Super Bowl ads, with a 30-second spot costing $5 million. How did the creative team at GSD&M handle that pressure, and was this campaign treated any differently than other campaigns with lower-profile launches? If so, how? If not, why not?

GSD&M: This is actually GSD&M’s third year in a row to make a Super Bowl spot. We did RadioShack two years ago and Avocados from Mexico for the past two years. I personally feel like the pressure has lessened each time. Ultimately, our goal…no matter the size of the project, is to make something that breaks through. People don’t seek out advertising. It’s our job to make something that entertains them.

AdForum: Who does GSD&M want to win Super Bowl 50, and what will be the final score?

GSD&M: I think I speak for all of GSD&M…and all of Omnicom really…when I say that I think that the Tennessee Titans have a decent shot of pulling this thing off with a late rally in the 4th quarter.