A Billionaire Faces an Extreme Challenge in New Discovery Series 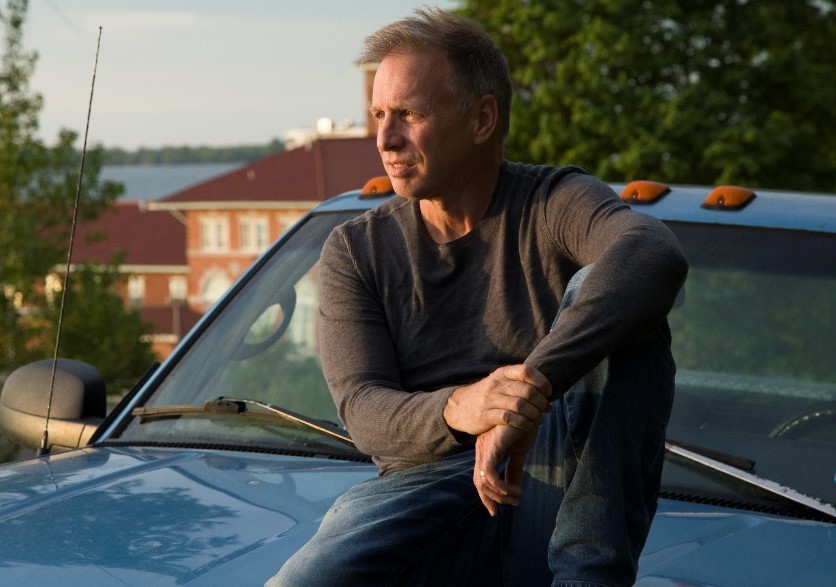 Among the perks of being a billionaire, besides the apparent freedom to do whatever one wants, must be never again having to clean a toilet or sleep on the floor.  Once nasty household chores and discomfort can become faded memories, why would anyone go back?  Meet Glenn Stearns, a billionaire who considers no work beneath him if he can make a couple bucks.  He understands the value of all work and is convinced that anyone can turn a modest amount into a fortune.  That's the premise of his new Discovery series Undercover Billionaire, premiering tonight.

Looking as if he shopped at the Salvation Army and toting a non-descript duffle, Stearns leaves behind his cushy life, armed only with $100 and a mission: In 90 days he must create a million-dollar company.  At the end of the eight episodes, an independent evaluator assesses if Stearns succeeded.  If he fails, even by one cent, Stearns will invest $1 million of his own money into the company.

With that initial $100 Stearns must also house and feed himself.  During that time, he sleeps in the sort of hotels bedbugs wouldn't bother infesting, and he sacks out on floors.  He takes any job that will have him, including scrubbing toilets.

It's all to prove a point.  "It was years of people always saying you couldn't do it today," he told MediaVillage during a leisurely interview at the Beverly Hilton.  "So, I would always say, ‘Give me $100 and put me on a Greyhound, and I can do it.'"  Think about that: A man who owns a Caribbean island with Sir Richard Branson volunteers to return to the discomforts of being poor and go where he knows no one.

Clearly, Stearns is not your typical pampered tycoon.  A slight man, he is open about being diagnosed with cancer five years ago.  That prompted him to do Undercover Billionaire.  Incidentally, this isn't his first reality rodeo; Stearns won the first season of The Real Gilligan's Island.

The main lesson is, do not underestimate a man who defines self-made.  His trajectory, though, is more profound than the usual rags-to-riches tale.  Stearns is a believer.  He believes in himself, hard work and possibility.  A relentless optimist, he talks in the sort of quotes that are turned into refrigerator magnets.  "You don't give up."  "When you look at a goal, you have to be prepared."  "It will never go how you planned."  "When I know this will end poorly, it is just a new opportunity."

Stearns is proof this upbeat mindset works.  Born to alcoholic parents, he became a father at 14. A dyslexic who did poorly in school, when he sets out to accomplish something he does not quit. In 1978, the manager of a bowling alley where he worked told him that he had leadership qualities.  Stearns clung to that encouragement and muscled on, attended college, earned a degree in economics, then headed west.  He slept on the kitchen floor in a one-bedroom he shared with five others.  And he worked.  A loan officer for less than a year, he founded a mortgage company, Stearns Lending LLC, and even flourished in the wake of the 2007 crash.

On the show, Stearns drives to Erie, Penn., where he has no connections.  He buys cups of noodles and searches for odd jobs while on the lookout for the next big deal.  Always knowing he could sell anything, Stearns purchased a lot of St. Patrick's Day green disposables (balloons, shirts, etc.) and peddled them in a bar -- for a profit, of course.

Among the jobs he takes in the series is working for a clothing company.  RJ Messenger, the owner of that business, Underdog BBQ and Iron Empire, said at the Summer 2019 Television Critics Association press conference for the show, "I just thought he was some 55-year-old guy that wanted to try and start a business and had no ideas.  In my head I was like, ‘I'm going to take advantage of him because I need help at my store, and he needs a job.  He needs some money, so, maybe I can help him out.’"

Yes, Stearns needed a job, but he needed something more, a foundation upon which to build.  All it took was sensing an opportunity where others didn't and hard work.  Stearns is an old hand at both.  He made his fortune by figuring out what was missing in a market, then playing the odds for the best payoff.  His ability to do so resonated when he faced his mortality.

"When that (cancer) happened, all of a sudden my life flashed before my eyes," he recalled.  "I thought when I felt the most alive was when I was going through struggle and pain and adversity in my business.  So, I thought, you know, if I could do it all over again, what would I do?  [I was] kind of manifesting that idea.  It came to life, and I thought, why not?  Give it a shot and see if I can go through a lot of that same pain, struggle, adversity and fun."

His inner strengths are inherent in every frame.  Stearns does not need the trappings.  "I have never based my happiness on money," he said.  "It wasn't hard to be without luxuries.  It was one of the best times in my life.  I was sleeping on the floor, and it was a wonderful time of discovering and learning."

Undercover Billionaire is telecast Tuesday at 10 p.m. on Discovery.