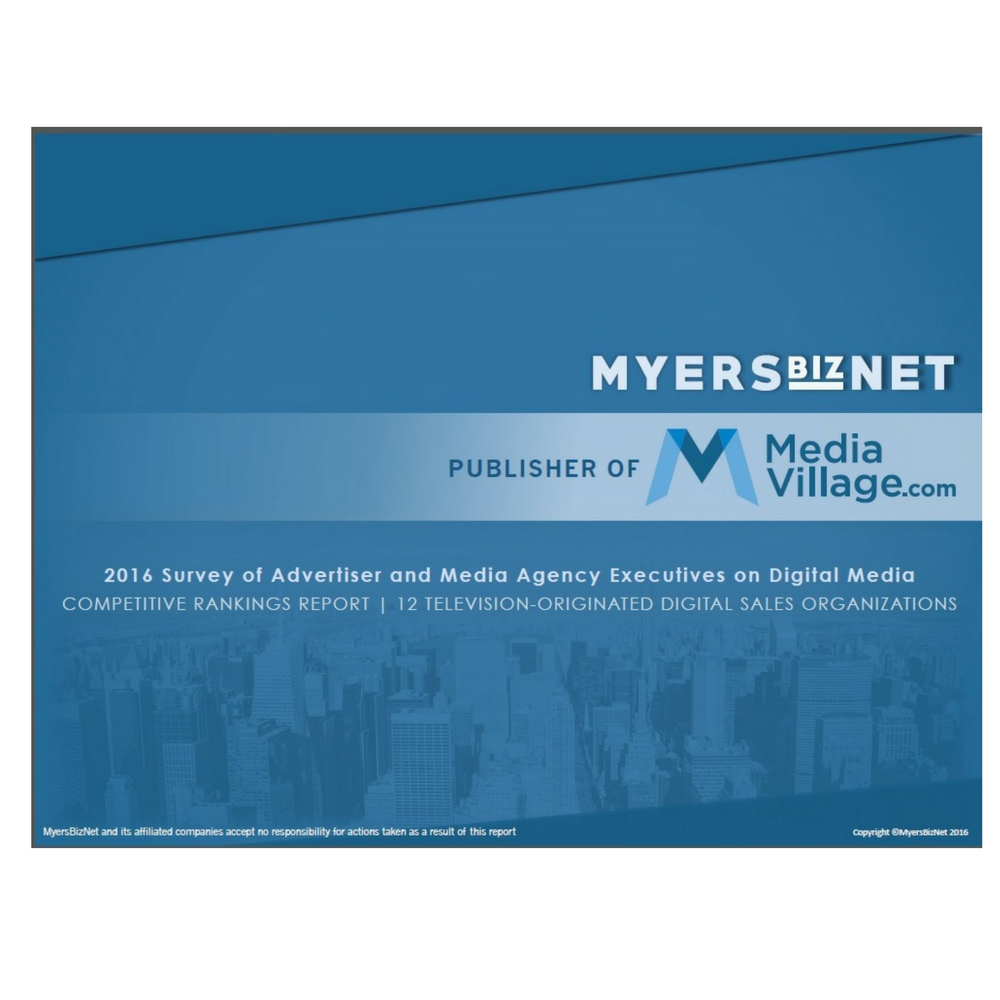 As advertisers and agencies confront accelerating questions and concerns about the validity of digital data and effectiveness, they’re increasing their focus on the digital assets of legacy TV media.  ABC-TV Digital leads ten major television companies in overall positive perceptions among advertiser and agency executives, according to a new market analysis released to clients by MediaVillage.com. The leaders in each category are reported below, with ABC-TV Digital, NBCU Interactive, Turner Sports and Viacom Interactive leading in two or more categories. The study, conducted by MyersBizNet, analyzed perceptions of the TV companies’ digital organizations in seven categories. The full report and methodology are available to MediaVillage member companies. The survey was conducted in the third quarter, 2016.

Rankings are based on the percentage of respondents who are in a relationship with each organization, rating that organization top 2-box (4/5) on a five-point scale. Ratings and rankings vary by respondent responsibility and role. Bloomberg Media and Fox News were included in the study and full report; this summary analysis is limited to the digital enterprises of leading TV-based entertainment and sports networks. ABC-TV Digital was originally identified as ABC-TV Interactive in the survey. Overall results are based on the aggregated, weighted and average compilation of the seven measured categories.