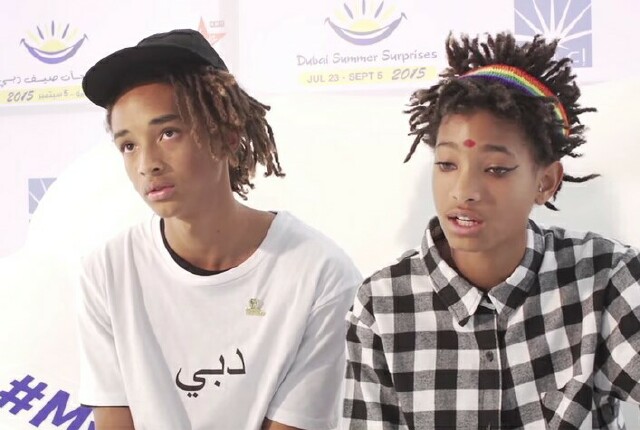 Inspired by Jack Myers' new book "The Future of Men: Masculinity in the Twenty-First Century" (coming in March), this is a weekly blog series focused on gender equality, gender politics and the shift in gender norms in business and culture. Read on for this week's news roundup.

#WomenNotObjects Fights the Objectification of Women in Ads and Media

Even with the rise of "femvertising" in the past few years, the advertising industry still has a long way to go when it comes to portrayals of women. A new campaign is addressing just that, spotlighting how women are often hyper-sexualized and objectified in media by compiling this year's most sexist ads into one powerful video (see below). The video, featuring ads from prominent brands like DirecTV, Tom Ford and Burger King, was created by Madonna Badger, co-founder and creative director of Badger & Winters who received national attention when she tragically lost her three daughters and parents in a 2011 fire in her home. This campaign is part of her efforts to honor her late daughters, she told The Wall Street Journal,and her agency is pledging that they will not create ads that objectify women. Badger joins the ranks of organizations like the 3% Conference, which have been calling for dramatic changes in the ad industry, including more female leadership. Mark DiMassimo, CEO of DiMassimo Goldstein, an ad agency with the motto "Inspiring Action," said of the campaign, "Anything that starts conversations about the difference between advertising and reality is empowering," but, at the same time, we should recognize how many women have taken control of their sexuality. "The revolutionized media environment has empowered women. People like Kim Kardashian, Khloe, Kourtney, Kylie and Kendall -- and, yes, Caitlyn -- are happily objectifying themselves in new ways that are empowering and enriching to themselves."

Snarky Twitter user "Lindsey" (@CardsAgstHrsmt) has sparked a Twitterstorm around the hashtag #ShirtlessShamers2016, in which she amusingly calls out men for sexist double standards, Salonreports. If you can't guess by the hashtag, these male "shamers" criticize women for posting "revealing" pictures, yet appear shirtless in multiple photos on their own social media accounts. Lindsey publicizes them by reposting those half-naked photos alongside the male perpetrator's sexist comment. "Men want to feel privileged to see you undress, not one of many who got to" and "I'll never date a girl who posts half naked slutty selfies" are among the most innocent posts (see more examples below). Although she exposes the hypocrisy with wit, there's serious weight to the hashtag and posts, which expose both physical threats and verbal abuse against women online. As to be expected, many men haven't taken too kindly to Lindsey's posts, directing their hateful comments (do they realize the irony?) at her instead. Yet, she is not afraid to speak up and continue to call them out. "I'm frustrated that people insist on saying what women 'should' do and how women 'should' present themselves," she told BuzzFeed.

I don't know about "95% of girls" but data suggests 100% this guy. #shirtlessshamers2016 pic.twitter.com/OmarOWjqDI

New research emerged this week that takes a hard look into Disney's princess franchise, analyzing how the male and female characters are presented differently, The Washington Post reports. Linguists Carmen Fought and Karen Eisenhauer are heading the research and looking specifically at dialogue and what it teaches young girls about gender roles. Part of this research is simply tracking how often the women speak compared to the men.  In the three classic films -- "Snow White," "Sleeping Beauty" and "Cinderella" -- the researchers found that women speak as much or more as men. This shifts dramatically in movies made in the period from 1989-1999, called Disney's "Renaissance" era, in which suddenly the princess films become male-dominated.  For example, in "Beauty and the Beast," men speak 71 percent of the time; in "Aladdin" men speak 90 percent of the time; and in "Pocahontas" men speak 76 percent of the time. Aside from the heroine, the researchers note, very few women are present at all, let alone represented as powerful, respected or useful. The researchers also take a look into specifically what the characters say, what worlds they inhabit, and who has the power. "[A]re these movies really so great for little girls to watch? When you start to look at this stuff, you have to question that a little bit," Fought told The Washington Post.

Barbie Gets a Body-Positive Makeover

Mattel has released three new body shapes -- tall, petite, and curvy -- for their iconic Barbie doll, marking a "startling change to the most infamous body in the world," Time reports. While the company introduced new skin tones and hair textures last year, this is Barbie's latest attempt to align with America's changing standards of beauty and make the doll look more like the girls who play with it. Evelyn Mazzocco, Senior Vice President and Global General, said in a statement, "We believe we have a responsibility to girls and parents to reflect a broader view of beauty." While this may be a bold move for Barbie, it is also a risk as the company tries to combat falling sales, which were down 20 percent from 2012 to 2014.

In a panel entitled Progress toward Parity at the World Economic Forum's Annual Meeting in Davos, Canadian Prime Minister Justin Trudeau spoke of the importance of raising our sons and daughters to be feminists, the World Economic Forum reports. "We shouldn't be afraid of the word feminist. Men and women should use it to describe themselves any time they want," he commented. Trudeau was the first world leader to appoint a gender-balanced cabinet when he took office last year -- a task he admits was far from easy. He also noted the importance of getting men involved in gender equality, noting, "It's great that you're engaging and modeling to your daughter that you want her empowered ... but you need to take as much effort to talk to your sons." Watch the video below for his complete comments.

Jaden and Willow Smith (pictured at top) have become champions of the gender fluidity movement and have been making headlines again this week for their comments on absurdity of traditional gender norms. In Dubai to promote their new fashion line MSFTS (pronounced misfits), the siblings appeared in an interview with Gulf News Tabloid which quickly went viral (view the video below). On gender roles, Jaden commented, "Who was here and made all these rules? Because, I'm equally as smart as them, and I don't necessarily agree with all the rules that they established before I came into the picture." Jaden, who recently donned a skirt for a Louis Vuitton campaign, appeared in his second gender fluid shoot for Vogue Korea, dressed in another skirt and with a flower in his hair. 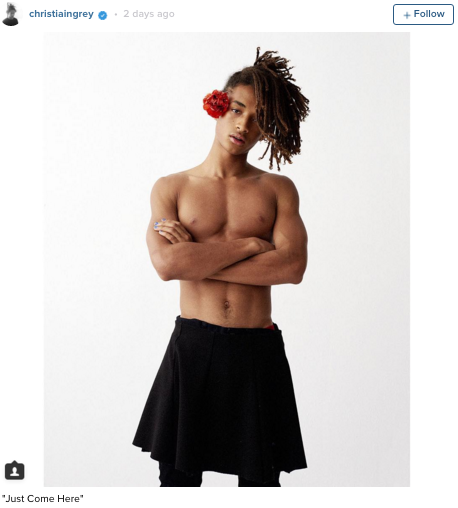 This Japanese Campaign for Women's Empowerment Features Only Men

Post-Blizzard, Sen. Murkowski Notes that Only Women Turned Up to Run the Senate

The Real Cost of Paternity Leave for Business

Why Mark Zuckerberg is the Kind of Dad America Needs Now