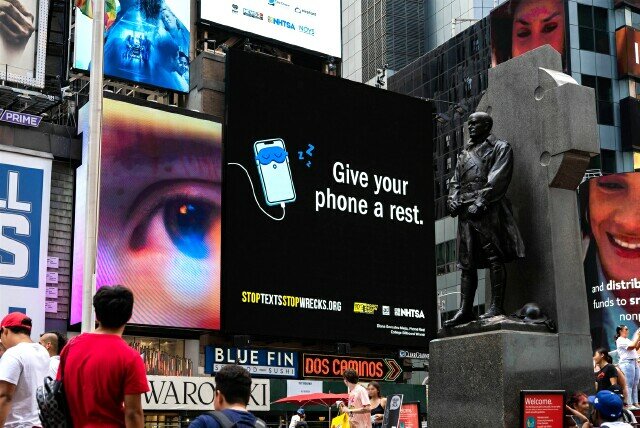 Distracted driving was responsible for over 26,000 deaths in the U.S. between 2012 and 2019. Most distracted drivers are under the age of 20, making distracted driving a leading cause of death among teens and young adults. Too many have lost their lives or loved ones due to distracted driving. For the sixth consecutive year, Clear Channel Outdoor (CCO) partnered with Project Yellow Light, The Ad Council and the National Highway Traffic Safety Administration to help prevent distracted driving, specifically cell phone usage while driving, through the voices of our nation’s youth.

Project Yellow Light is an annual scholarship competition that calls upon students across the country to use their talents to create billboard, TV or radio PSAs that promote safe driving habits. This year marks Project Yellow Light’s tenth anniversary as a national scholarship competition, and we celebrated this milestone with a new class of student winners after the contest received a whopping 2,069 submissions across all fifty states!

On June 28, the winning creatives were displayed on digital billboards in Times Square, which winners, their families and supporting partners saw live during a virtual ceremony. Even online the excitement was tangible, as all those involved in this lifesaving program joined together to celebrate the winners and support this vital cause. 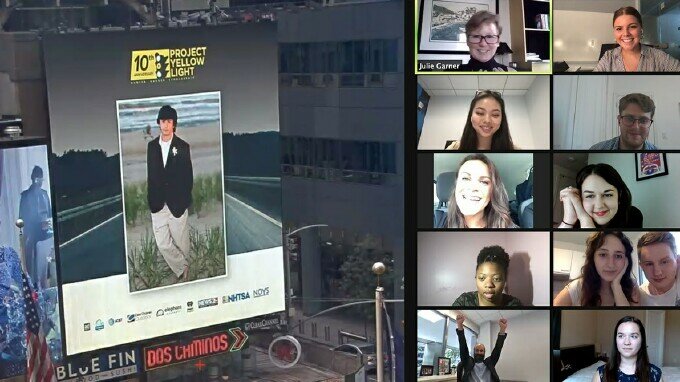 Scholarships of up to $8,000 are awarded to the students and their creatives are displayed nationally across more than 2,000 digital displays, as well as TV and radio networks.

We’re thrilled to share the winning PSAs across the nation on our digital out-of-home platform! We’re sharing them with you, too. 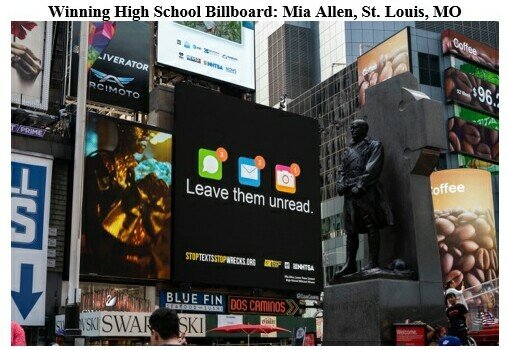 “I felt so excited to find this opportunity where my creativity could go beyond myself. When I designed this, I thought of the people around me who might just need a simple reminder to drive safe today. It was a real honor to meet all the people behind this competition and to become a part of it (still can't believe that last part!).” -- Mia Allen 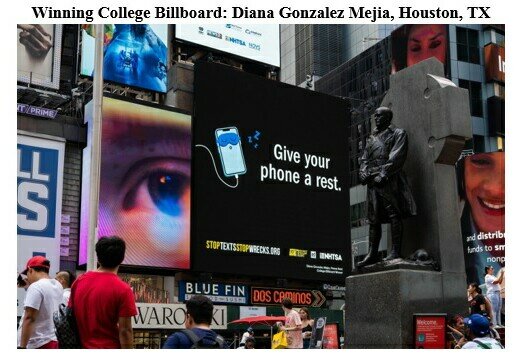 “Project Yellow Light gave me the chance to be creative on a larger scale. I was able to make something positive, fun and impactful, and I’m so happy to share such an important message with so many.”-- Diana Gonzalez Mejia

And even more amazing, Diana learned of Project Yellow Light thanks to a CCO digital billboard promoting the contest in Houston.

Consistently inspired by this dedication to drive positive change, CCO is honored to be part of such a paramount initiative with a critical message. The creativity demonstrated by the students through their lifesaving work is a testament to the lasting impact Project Yellow Light has on our youth and their safety. We’re proud to stand alongside the Ad Council, NHTSA and all the supporting partners, including AT&T, Elephant Insurance, iHeartMedia, National Organizations for Youth Safety and WKRN-TV Nashville to help keep our roads safer, especially during this summer -- the busiest driving season of them all.

Congratulations to all the winners! And don’t forget to leave those notifications unread.

As an intern at Clear Channel Outdoor, Charlotte Hickey supports the Corporate Communications and Marketing team, helping to tell the company’s story. Her responsibilities include producing and sharing content across social channels, authoring byline c…