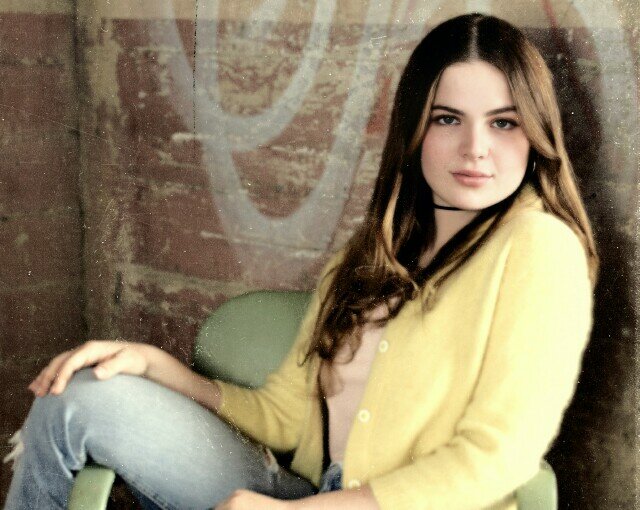 Freeform's new psychological thriller Cruel Summer is off to a hot start. Its two-part April 20 premiere became the most-watched series in the history of the network, averaging 3.8M multiplatform viewers in the first week it was made available. That's good news to series star Chiara Aurelia, who as Jeanette Turner (one of the center characters) knew she was onto something great after reading the first script. "Sometimes things are amazing and great with wonderful characters, [yet] it's still not received in the way that you received it," she shared during an exclusive interview with MediaVillage. "I'm definitely super-happy that people loved this show as much as I do."

Cruel Summer follows the story of two young women: Kate Wallis (Olivia Holt), a charmed popular girl who after going missing is presumed dead, and Jeanette, who in the wake of Kate's disappearance sees an opportunity to enhance her social standing by filling the void left by Kate. After a dramatic make-over, Jeanette befriends the circle of popular school girls, picking up where Kate left off. However, after Jeanette is accused of possibly being involved in Kate's disappearance, having to face the court of public opinion sends her on a downward spiral. Told through shifting views, and over the summers of 1993, 1994 and 1995, the show cleverly weaves a web of intrigue through its time-hopping narrative. 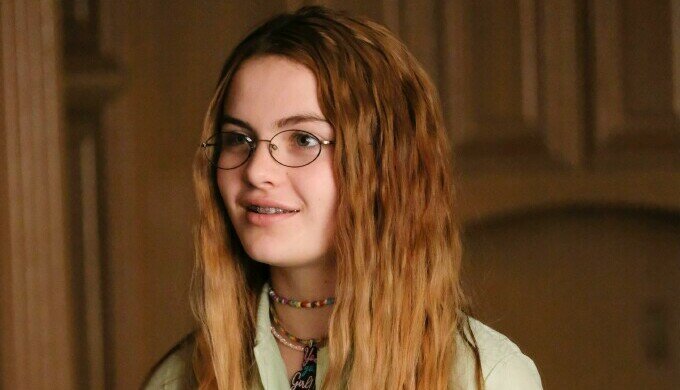 For Aurelia, landing the role of Jeanette turned out to be an acting trifecta. She got to explore three stages of a young woman's life (naïve Jeanette, pictured above; popular Jeanette, and traumatized Jeanette), all extremely varied and nuanced. "It was super-fun to explore and super-exciting to dive into the three different periods, and to get to know Jeanette better throughout the years. In certain points of 1993, you're not going to be informed of what's happening in '94 or '95, so it's kind of about just authentically letting go of predispositions and ideas, and just diving into that moment and diving into whatever you think she's feeling over those days and those moments in her life and her youth, which is exciting.

"Honestly, I feel really lucky that I got to explore all the different sides of Jeanette," she added. "I think each year balances the others out well, and they all informed one another. I think being able to portray all of them as a whole person was the best part of the entire experience."

With the shifting timelines unfolding throughout the story, the full arc of the series was revealed to her week-by-week during filming (as it is now for viewers while watching). "I got one episode at a time," she explained. "So, just like everyone else, I had to wait. I didn't read episode 10 until we were halfway through filming episode nine. It was crazy, but I was so excited as I honestly feel like I got to be a member of the audience. My friends are going crazy right now trying to figure it [all] out, so I can relate to them because I was one of them just a couple months before!"

Although Aurelia enjoyed getting the weekly installments, she admits there were times when being able to shoot all the scenes as one version of her layered character would have been nice. "We would switch around a lot, so we'd start a day out in 1993, then jump to '95 and then maybe '94," she shared. "There was a lot of mental brain fog at certain moments, and you did need some guidance. It was like, 'Where am I? What's going on?' Especially when we got later into the season.

"Then, occasionally, we'd be doing a scene from episode six while we were filming episode seven," she continued. "You'd be like, 'Wait, hold on now. We're mixing episodes and time periods? But it was wonderful. We had so many amazing showrunners and producers that were happy to sit down with us and talk with us to make sure we felt comfortable, and we knew what was going on. If it ever got confusing, we were able to say, 'Hold on, let's take a breath and figure out what's going on.'"

Thankfully, the well-designed and distinctive looks for each stage of the character helped keep her on track. "There was a lot of conversation about what things would look like authentically," she recalled. "Throughout the season, you'll be able to see how [Jeanette] transforms to what she looks like in the end and those small changes that transform her. Every bit of her look is changing, and you see how she goes from long to short hair, and frizzy hair to no braces, the whole shebang."

For Aurelia,another important factor of the series was examining the social issues of popularity, bullying and how a rumor can destroy a person. "There was a lot I wanted to address and talk about with the show," she admitted. "Although these [issues] are extremely over-dramatized, they're relatable to teenagers and high schoolers everywhere who've experienced things like this. What a person says about you, or the way you're perceived, are things that people feel every day. Having people immediately make assumptions about you because they hear something, whether it ends up being true or not, can be hurtful and harmful … and they've never had, or aren't having, a direct conversation with one another."

With the season's first ten episodes almost done, fans will be pleased to know that Cruel Summer could expand beyond 1995. "There's always a chance for more," Aurelia laughed in closing. "I think it just depends on how much the audience wants to see, and how excited people are by the potential future of Cruel Summer."

New episodes of Cruel Summer are telecast Tuesdays at 10 p.m. on Freeform. They stream the next day on Hulu.