"Dark Money," the Media and the Integrity of American Democracy 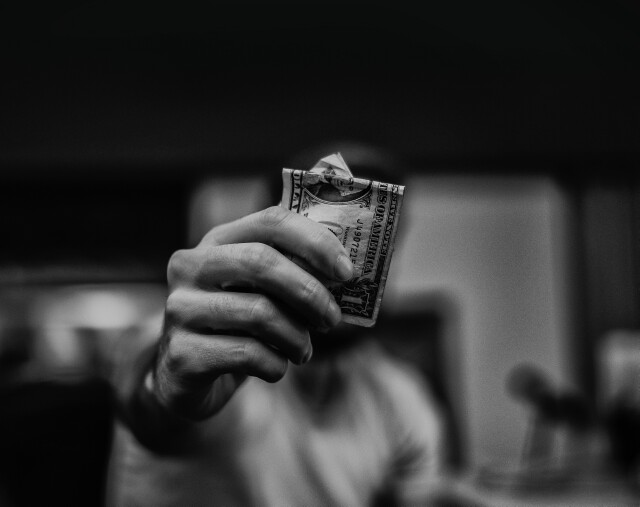 (Editor's note:  Kent Harrington, a former senior CIA analyst, served as National Intelligence Officer for East Asia, Chief of Station in Asia and the CIA's Director of Public Affairs.)  Most people can be excused for believing that, like Halloween pumpkins, Mardi Gras beads and flu shots, the market for politicians is seasonal.  After all, from the races for town councils and city halls to Congress and the White House, the election cycle dictates when they go on offer.  Seasonal or not, for aspiring office holders electioneering doesn't come cheap.  Spending on political advertising is forecast to hit $9 billion in this year's midterm contests, testifying that campaigns are laying out more to peddle their candidates' wares in 2018 compared to four, or even two years ago.  To conclude that the issues raised by the role of money in politics are primarily about elections, however, would be a mistake.  The dollars flooding 21st century American political contests aren't just reshaping how campaigns are run; they're changing how we govern ourselves.  The connection between the two isn't new.  As Simon Cameron, Abe Lincoln's first secretary of war, put it 160 years ago, "an honest politician is one who when he's bought, stays bought."  That's why Kimberly Reed's Dark Money, her just-released documentary airing on PBS this month, is so important to see and understand today.

As a case study of Montana politics, Dark Money explores the impact on the state's elections of the Supreme Court's ruling in Citizens United.    Reed's documentary presents a detailed, sophisticated and fascinating narrative on its growing threat to our political process at every level of governance.  Dark Money also raises a question:  What role do the corporations that increasingly dominate the American media landscape have in maintaining the integrity of our democracy?  It's a question that deserves to be on their boardroom agendas because the answer isn't pretty.

For elections of all sorts, it's not an exaggeration to say Citizens United was a game-changer.  In 2010, the Supreme Court decreed that anyone including corporations could spend what they wanted on political campaigns so long as they avoided "coordinating" with their candidates of choice.  The ruling kicked wide open the door for "dark money" -- funds from corporations as well as individual donors who, because of other court decisions, can use a variety of front organizations to remain anonymous.  Citizens United's greenlight has dramatically boosted both the volume of political advertising and its unattributable funding.

Corporations and mega-wealthy political activists are the wellspring.  In recent primary elections, for instance, their deep pockets paid for over half of all television ads in U.S. House and Senate races and 60 percent of all the ad spending hiding behind the legal cloaks provided by political action committees and so-called social welfare organizations, known as 501(c)(4)s.  Their generosity is influencing all sorts of elections, not just the two- and four-year cycles, adding to the steady rise in off-year spending on television ads.  For example, between January 2017 and May 2018 in Montana, Georgia, Pennsylvania and Alabama, dark money was a significant part of the $65 million paid for 150,000 ads in their special elections.

Media executives, of course, couldn't be happier.  While television's share of overall ad spending is declining, current projections foresee broadcast and cable TV earning some $4.6 billion from political ads by the time the 2018 campaign ends.  The seats targeted by the dark money donors aren't just at the national level.  In the current midterms, television ads in gubernatorial races have doubled -- to 350,000 -- over 2014.  According to the Wesleyan Media Project, in the two-week period after Labor Day, television ads run by outside groups in local elections were up 85 percent over the 2014 midterms.  Almost half of this 2018 ad spending came from dark money groups.

Other reporting also illuminates how dark money's influence goes well beyond high profile political races.  Local government officials and what they do -- on taxes, utilities, schools, health care and the environment -- are in dark money's sights.  For example, in Louisiana, where voters will cast ballots on six state constitutional amendments this fall, their real and virtual mailboxes, cable channels and airwaves are crammed with advocacy ads that fail to disclose who's paying for them.  In Arizona, anonymous donors spent some $3.2 million in 2014 on their chosen candidates for the state's utility commission -- 50 times the amount spent on the same races in 2012.  In Denver last year, outside groups spent $1.5 million on school board races.  In Lafayette, Louisiana, dark money funded a successful campaign against taxes to build new classrooms and continue support for the public library.

Reed's Dark Money follows its story through the work of John Adams, an investigative journalist who pursued the facts as an independent reporter even after he lost his job at the Great Falls newspaper where his investigation began.  Indeed, Adam's fate is emblematic of the challenge facing voters as well as reporters who want to know who's behind the attack ads, specious claims and candidates that dark money buys.  Falling revenues and corporate consolidation are eviscerating local journalism's vital investigative role.  Newspaper newsroom employment is down 45 percent in the last decade, especially in smaller cities and towns.  The print media's demise is leaving local television news -- whose formats and newsrooms are far less well suited for in-depth, detailed investigative work -- to carry the ball.

Which brings the story of dark money to the doorstep of the national media and their executive leadership.  Their news operations are vital, of course, not least because of journalism's eroding economic foundations and the consequences for voters who need the insights only quality reporting can provide.  For C-suite occupants, their self-interest alone should reinforce the importance of the public's need to know.  With the public shaming of Facebook, Twitter and Google for abetting Russia's attack on American democracy in mind, their public affairs counselors presumably have already encouraged the networks to highlight their robust election year investigative reporting, dark money's sources and their intentions included.

Russia's attack on the American political process carries another lesson as well -- how little it takes to demonstrate the fragility of our democracy.  Like Moscow's covert manipulation of social media to sow divisions and influence behavior in the 2016 election, including the dissemination of patently false claims and accusations, the effort by anonymous American donors to hide from voters even as they use similar techniques to advance their causes requires accomplices.  For these dark money sources, from the national to the local level, broadcast media are playing that role.

The environment that makes political advertising attractive is obvious.  With revenue from political advertising likely to produce 6.5 percent of television's projected overall $70 billion advertising take in 2018, and competition from digital media rising fast, dark money's contribution to the networks' bottom line is not insignificant.  But neither is the media industry's responsibility to act.  Network-authored standards reflecting FCC rules have long governed on air content, including political advertising.  More to the point, the Supreme Court has just shown the way.

In September, the Supreme Court let stand a lower court decision that required non-profit organizations, such as those used to shield dark money sources, to disclose the names of donors who provided $200 or more to back or oppose specific candidates.  Networks should take the cue.  A first step: rewriting their advertising guidelines to require complete disclosure of funding sources by front groups seeking airtime for their political advertisements.  An industry-wide, shared data base containing the submissions and the results of the networks' own due diligence would go a long way to demonstrate their collective recognition that the time has come to take a more responsible role.

Why worry about dark money and democracy?  Kimberly Reed's exceptional documentary provides an answer.  Ironically, Vladimir Lenin, the founding father of the Soviet Union, the 20th Century's most repressive totalitarian regime, also said it well.  "People always have been the foolish victims of deception and self-deception in politics, and they always will be, until they have learned to seek out the interests of some class or other behind all the moral, religious, political and social phrases, declarations and promises," he wrote in 1913.

But first, as Dark Money makes plain, they have to know who's speaking.