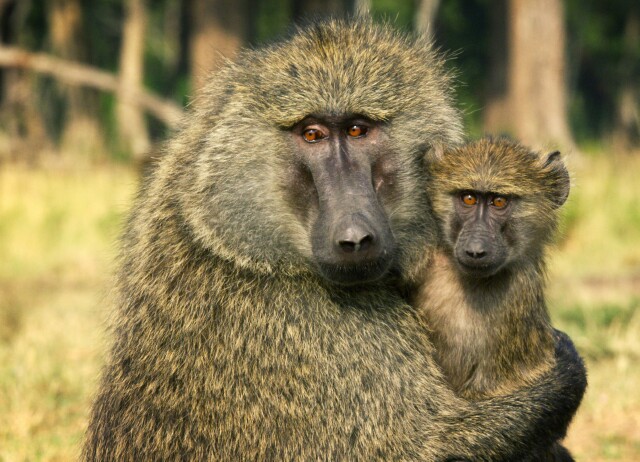 Beverly Hills, CA -- Standing on the Serengeti is such a transformative experience that even the most citified person feels a profound connection to the planet.  A deceptive stillness pervades the unsullied beauty, and in the silence of tall grasses and scrubby trees, life thrives.  It also ends, brutally and with great efficiency.  Capturing this exquisite landscape could feel like a travel poster – pretty, yet flat.  Instead, Discovery’s epic Serengeti (premiering Sunday, Aug. 4) brings viewers into the lives of different animals.  Expect to melt when you see the baby elephants, lions and baboons.  What's entirely unexpected, though, is how caught up in their dramatic stories the audience is bound to become.  This is not a casual viewing experience.  It means something, and it matters. 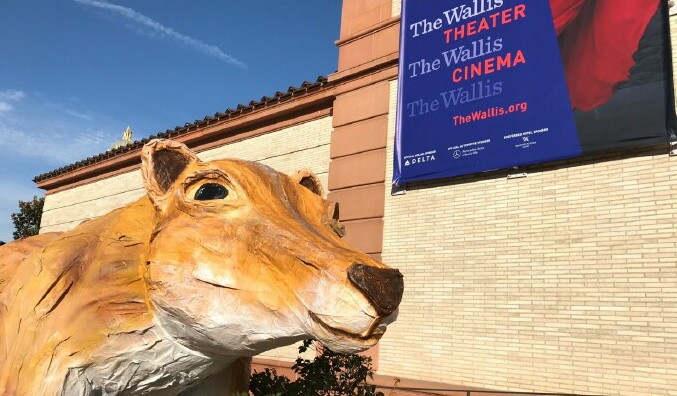 The six-part series -- arguably Discovery’s most impressive and important production of the year -- is narrated by Lupita Nyong’o, a Kenyan, and her voice bolsters the series’ authenticity.  To provide a proper launch, Discovery last Tuesday night held a glittery premiere at The Wallis Annenberg Center for the Performing Arts here in Los Angeles.  (Two days later, Serengeti was a featured panel during Discovery's afternoon at the Summer 2019 Television Critics Association tour.)  When guests, some in formal wear, filed in, they discovered stuffed elephants, zebras, giraffes and lions waiting on their seats.  At the after-party even the best-dressed guests were seen clutching their animal of choice.  As episode one played on the screen the 69-piece Hollywood Symphony Orchestraperformed a soaring original score, and Lola Lennox (Annie’s daughter), wowed the audience when she repeatedly sang the series' haunting theme, “Serengeti.”  At the very end Joshua Ledet, who was the second runner up in the eleventh season of American Idol and has not stopped performing since, brought the house down and many in the audience to tears with a searing performance of “Wild Hearts.” 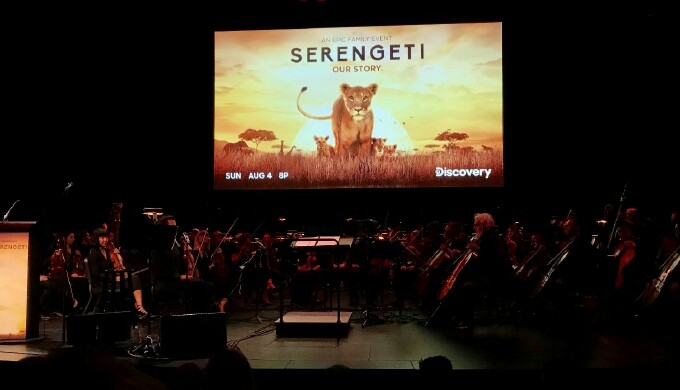 As terrific as the humans were, this series belongs to the animals.  Their stories make us realize we share much more with these beasts than we acknowledge, especially family and community ties.  Among the animals we come to know is Kali, a lioness (pictured below) who mated outside her pride and is subsequently ostracized.  Suddenly a single mother of four, and without a support system, her plight is exhausting.  She must make a kill to feed herself and the cubs, and when she does, other animals move in and steal the fresh carcass.  If Kali attempts to stop them, she will be unable to protect her cubs from the menacing intruders.  In short, she can’t win.  (Incidentally, do not make the mistake that hyenas are cute critters just laughing away.) 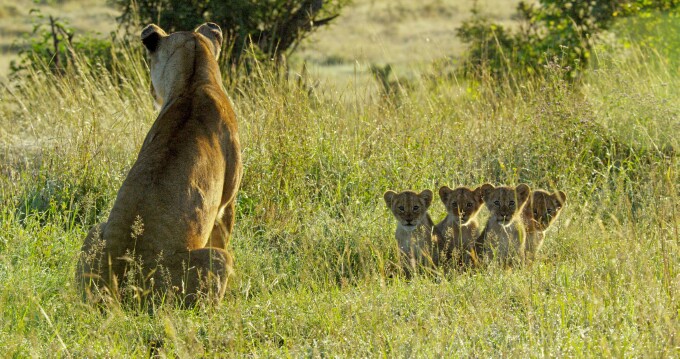 A kneejerk criticism is that any wildlife doc that names the animals and explains their stories anthropomorphizes them.  John Downer, a producer and the director of Serengeti, told MediaVillage that after 30 years of wildlife filmmaking, no one in that profession needs to create situations.  “[Rather,] we need to interpret what's in front of us,” he said.  “Enough behavioral studies have proven that the Shakespearean themes of love, jealousy, and loss play out among different species.”

“The emotions driving them are not so different [from those of humans],” Downer said.  “We are animals.  It’s the depth of emotional relationships.  The neurotransmitters are the same.   The physiology is the same; the difference is our area of the brain is more developed.”

The shots are so intimate that viewers will feel as if they can read the baboons’ thoughts.  That’s not as insane as it sounds.  Their story chronicles the challenges faced by Bakari, a lovelorn baboon, who lost the female he adores to the leader of the troop.  Bakari lurks and plots, waiting for his chance to win her back.  Watching the series, it becomes clear that his behavior can be nothing but that of a spurned lover, who will not get over being dumped. 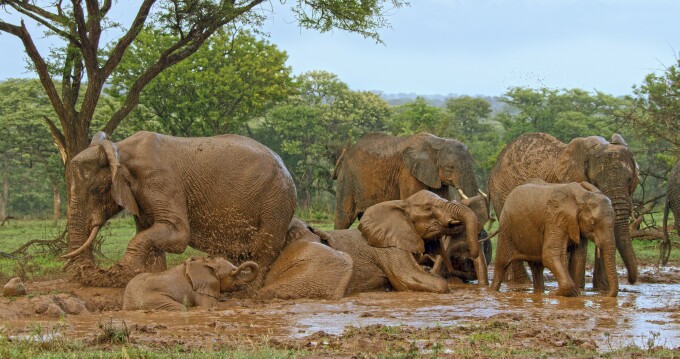 Despite studying animals for decades, Downer, a zoologist turned filmmaker, was surprised by the baboons.  “A teenage male baboon has to leave his family troop,” he explained.  “The only way he can join another is to make friends with a female.  It does not have to be sexual.  The complexity of the behavior is extraordinary.  What we tried to do is tell these gripping stories that we, as humans, connect with.”

And we do connect because the stories resonate and because they’re so beautifully filmed.   Downer has spent just shy of three years on this project.  Three camera teams, each consisting of three people, shot for nearly two years in Tanzania.  Their work has been edited from a staggering 3,500 hours of footage to the final six one-hour episodes.

“Serengeti was born of my love of animals," recalled Simon Fuller, creator and producer.  "I found myself in the Serengeti on a mini vacation.  I was sitting there and thinking of the majesty of these animals and how in a way we can relate to them."

As he faced that full theater at The Wallis for the premiere, Fuller acknowledged that as much as he wanted to tell this story, he had “no clue as to how to make a natural history show.”

One name kept coming up, so he reached out to Downer, who immediately signed on.

“These animals are very close to us because we are animals,” Downer said.  “Early humans walked these plains.  We would have seen these animals.”

Serengeti is one of those series that leaves people in a different mindset than when they started watching.

"The whole point was to make this emotional connection we once had as children, and make us reconnect with the animal world," Downer explained.  "There is nothing better than having the emotional connection.  They are animals with similar needs and drives, and all are doing their best.  If we have that connection with the rest of the planet, we will care about it more.”

New episodes of Serengeti will debut on Discovery every Sunday night at 8 p.m. beginning August 4.