Game On: What Marketers Should Know About eSports 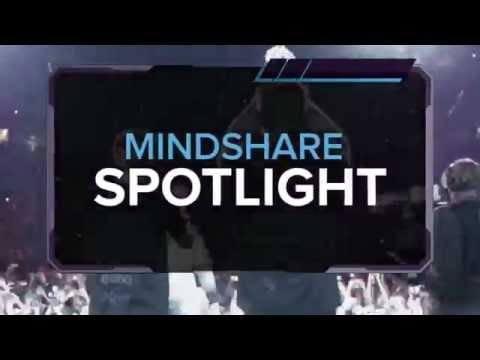 This week, Mindshare takes you through the growing world of eSports and the resulting opportunities for marketers with data from Twitch, Nielsen, Newzoo and more. Plus, check out Mindshare's own original eSports research below.

As they petition to become an official part of the Olympics, eSports are throwing their own party in Rio this summer. And no one should be surprised.  This week, Mindshare North America released its own research on the growing world of eSports, digging deeper into this growing audience and exploring the opportunities for brands.

As Joshua Spiegelman, Managing Director of Mindshare Spotlight (our dedicated sports and entertainment partnerships unit) put it, eSports has "an audience of incredibly engaged fans, many of which (for Millennials and Gen Z in particular) can be challenging to reach through traditional media channels. In addition, given eSports is still in its infancy relative to more established "stick and ball" sports, there's a lower cost of entry to engage in meaningful partnerships, collaborate with talent to create contextually relevant campaigns and dominate share of voice."

There's a tremendous opportunity for brands to reach Millennial audiences through this medium. When we surveyed eSports fans ages 18 and up, we found that 65% of fans are Millennials (between the ages of 18-34). And it's not all men either:  Thirty-eight percent of eSports fans are women. And while there's a misperception that the eSports community is limited to college kids in their early 20's, that's simply not true: We found a large portion of fans in their late 20's and 30's; 60% of fans are between the ages of 25-39.

This presents an opportunity for marketers to reach working professionals with significant buying power. Forty-three percent of eSports enthusiasts have an annual household income of $75,000 per year or higher -- and nearly one third (31%) have an HHI2 of $90,000 or higher. Additionally, 58% of fans that are ages 25 or older live with kids in their households -- indicating that an increasing number of parents are getting into the game.

If there's one word to describe an eSports fan, it's "passionate." Nearly half of eSports enthusiasts surveyed (49%) said that they spend most of their free time around eSports. In addition, 60% of eSports fans are willing to travel to see their favorite games, tournaments and players.

What makes fans so deeply engaged? For one, it's a deeply social experience; 67% of eSports fans say that they've made new friends or acquaintances through the games. There's also an expressed desire for enthusiasts to increase their own skills -- 71% of eSports fans say that "watching professionals play makes me a better player." In fact, 64% only watch videos of games that they personally play.

This element of fandom is apparent in how eSports fans view the players and teams. Fifty-three percent of eSports fans say that eSports athletes are on the same level as other professional athletes. According to 61% of fans, better-known eSports players (such as Fatal1ty, MarineKing or Ellohime) are perceived as "moderate" or "major" celebrities wielding influence; that percentage jumps to 70% for those with an HHI of $50,000 or more.  The level of influence that celebrity eSports players have on their fans is certainly a game changer for marketers and could mean big wins for brands in the future. 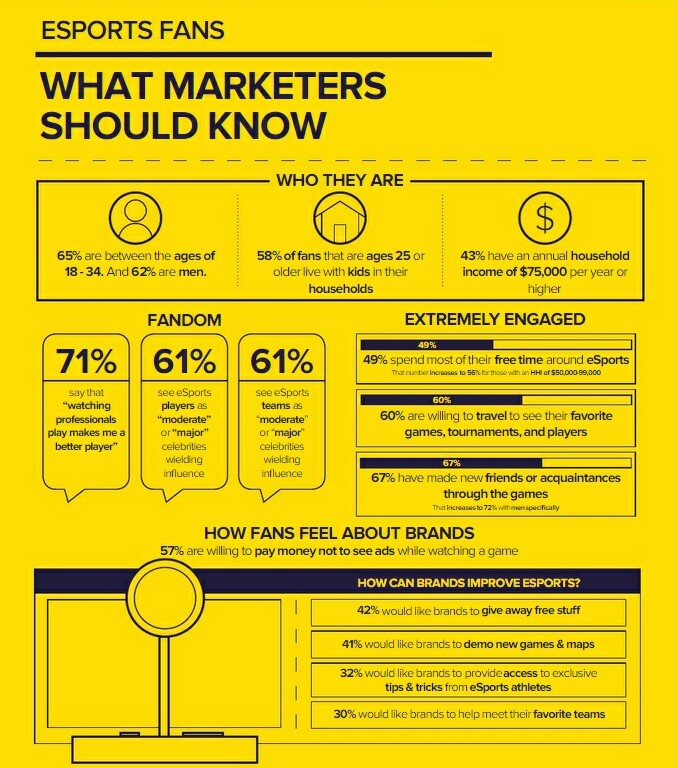 Learn more about the research, including recommendations for brands, on MindshareInTheLoop.com.