Getting a Grip on AI and Metadata Madness 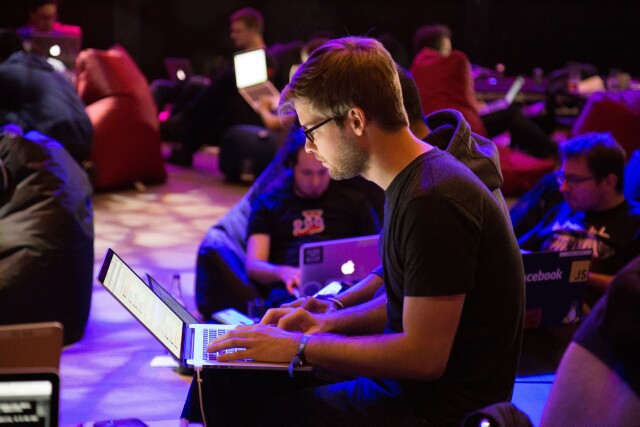 Data and its think/speak has become so ubiquitous in the industry now that its reference in any context -- sales, content creation, marketing and/or branding -- is not only commonplace but also becoming de rigeur.  As with anything that permeates the ecosystem, there is a time for it to be standardized with a common language, protocol and usage pattern.  All of that is beginning to gel as evidenced by the panels at the second annual Media and Entertainment Day conference held at the Microsoft Center in New York City.

Moviepass, for which subscribers pay $10 per month to be able to see one movie per day for the month, has proven to be extremely popular.  However, the company is bleeding money based on its current subscription model. Many Moviepass subscribers reported blank screens when they tried to access their Moviepass accounts today indicating that the company was in its death throes. Ted Farnsworth, Chairman and CEO, Helios and Matheson Analytics, is seeking to turn Moviepass's data into its main revenue stream.  The company does not sell its raw data to clients.  Moviepass instead sells insights from data to interested parties such as film producers.  Data is also used for recommendation engines that “push people to the theatrical experience,” assist the company in acquisitions and “develop films based on the data we have,” Farnsworth noted.  He explained that data also helps detect fraud, including “sharing passwords or subscribers selling their tickets or giving their tickets away or detecting unfair trade by theaters.”

According to Farnsworth, Moviepass is helping to bolster attendance in movie houses, especially at smaller theaters, encouraging Millennials to go out to the movies and showcasing more independent films that may not have large marketing budgets.  Moviepass’s need to monetize its data looms large; the jury is out as to whether it can ramp up its data monetization model in time to secure future success.

There is a vast amount of metadata that is currently available and new sources are increasing every day.  The challenge is not only capturing all of this data but also tracking it within a company and across companies in the industry.  Various forms of data labeling, such as being able to distinguish specific ads and specific programming, ascertain which regions of the country and the world and even what subset of language (such as Latin American Spanish or Castilian Spanish) is being spoken in the content must all be identified and properly labeled in an agreed industry standard.

Efforts by companies such as HBO and organizations such as CIMM have begun the heavy lifting in content labeling for the industry.  Yonah Levenson, Manager Taxonomy, HBO, is working on “a single, unified standard of language terminology from conception to archives” that will be able to identify languages across the spectrum.  CIMM is concentrating on ad and programming identifiers.

“The challenge to these IDs is having people register and embed throughout their practice,” stated Jane Clarke, CEO and Managing Director, CIMM.

According to Brian Hughes, Senior Vice President, Audience Intelligence and Strategy, MAGNA, agency clients are already using Ad-ID.  “On the ad side we are generating use," he said.  "In terms of how we sell it, though, we say this is how we can tell where an ad goes, how it performs and what the results are.”

“From inception, data can ride along with the piece of content and enrich that piece of content,” noted Guy Findley, Executive Director, MESA.  From a content perspective, there is so much data being created and collected that it can be challenging to present it in a form that makes it flexible to use and manipulate.

Matt Turner, Chief Technology Officer, Media and Manufacturing, Mark Logic, spoke about smart content and the digital files created from content inception to pre-production, post-production, distribution -- both primary and secondary -- to archiving and ultimately into future infinite uses.  The “traditional data approach makes looking at metadata difficult today” because it creates data silos, Turner said.  He advocated a new approach using flexible schemas that link together in an operational data hub for media.  “This makes the data available across all parts of the business and interacts with all systems,” he explained.

“Data and analytics are embedded with everything you do,” said Daniel Goss, Vice President of Innovation and Experience, LiveTiles.  "From the media industry’s viewpoint, data is touching all aspects of the business, from creative content creation to financial impact of our business decisions. Locking into industry standards for labeling, data framework and measurement will enable us to derive the maximum benefit of this growing and powerful resource."