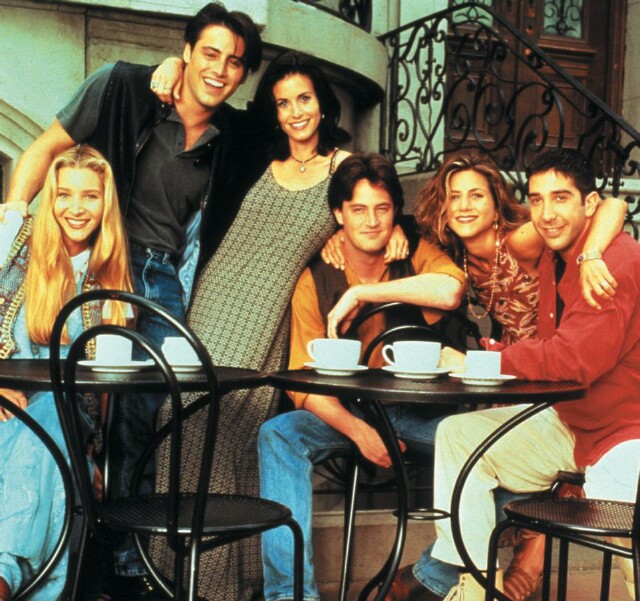 I had a chance to kill Friends.  Instead, it killed me.  As the world takes note and millions continue to celebrate the 25th anniversary of this iconic and insanely successful show my mind wanders back to late May, 1994, a few months before it premiered, when as president of CBS Entertainment I was faced with what at first looked like a relatively minor decision.  It turned out to be one of the most significant that I would ever make.

The networks had just finished their annual Upfront presentations in New York City.  CBS was on a three-year winning streak in primetime and our focus was on making it four.  As is always the case we were very aware of what our competitors were doing and were intently listening to the industry buzz … and nothing we were hearing felt all that threatening.  NBC had finally retired its perennial time period winner L.A. Law from its Thursday 10 p.m. time slot and we jumped in with David Kelly's new hospital drama Chicago Hope, the pilot of which had broken every audience testing record.  When NBC countered with its new hospital drama, ER, we didn't flinch.  This was the year we were going after Thursday night.  While they were returning two hit comedies in Seinfeld and Mad About You, they were relying on two new shows to get the audience to 10 p.m. -- always a risky play -- and one of them was titled Friends.

Pilot season was and is an insane process, but especially so then, when broadcast networks were the principal buyers of high-end shows.  With everyone chasing the limited supply of the best talent behind and in front of the camera, the deal-making and strategizing gets both complicated and at times vicious.  The underlying reality is that we're dealing with the very fragile careers of a lot of talented people in the process of playing this very expensive, high risk game of chance ... and chance it is, because as William Goldman famously said about show business, "Nobody knows anything!"  If we knew what would work, every show would … and the reality is that most everything doesn't.

So, back to our story.  Many times, networks and producers will cast an actor in "second position."  What that means is that they're willing to take a chance that the show in first position, to which the actor is contracted, will fail to go forward.  Once cancelled, the actor is then free and the "second position" contract becomes primary.  After the new shows were announced that May, we, like the rest of our competitors, went through the list of shows that didn't make the schedule for which we still had options to continue to order new episodes.  For us, one of those shows was a comedy titled Muddling Through, about a single mom trying to make ends meet.  The show hadn't performed well in its spring trial, but we hadn't killed it yet.  Cast as the eldest daughter was a young actress that we loved named Jennifer Aniston … and this new comedy for NBC, Friends, had cast her in "second position."

We had a decision to make.  If we ordered more episodes at a cost of $3M, even if the show didn't work -- which based on the evidence we already had, was highly likely -- we'd be taking her away from Friends, NBC and Warner Bros., the studio that was producing it.  My team, our studio partners and I went around and around, and as it always does when you have the top job, the decision fell to me.  I knew in my head and heart that our show would fail for a host of reasons, despite the very talented folks not named Jennifer Aniston who had worked on it.  Ordering more shows would only be about trying to damage a competitor.  In Hollywood it has been said, "It's not whether or not you win, it's more important that the other guy loses."  Despite that dictum, it went against the grain for me to deprive an actress of a chance for real success just so I could play the game by investing $3M in something I didn't believe in, all just to hope for, but not guarantee, damage to a competitor.

And so, I made my decision and gave Jennifer Aniston the freedom to be Rachel Green.

Now if you've never heard the saying "no good deed goes unpunished," I promise this story will help you remember and repeat it.  Not only did Jennifer become one of America's biggest stars, and Friends a huge hit, but in the process our Thursday dreams went down the drain.  One of the new comedies that NBC had scheduled did fail, as we had assumed, but Friends was such an obvious hit in the making that NBC began to run it twice, both before and after Seinfeld, then the No. 1 comedy on TV.  The show, and the night, were off to the races, and of course ER and that Clooney fellow did quite well at 10 p.m.  With those shows powering its primetime line-up, NBC overtook us … and we were forced to "muddle through" and regroup and rebuild.

And oh, by the way, there was another thing that happened.  Warner Bros., the studio for both Friendsand ER, was run by Les Moonves, whose dream was to be a network president … and in June of '95, his dream came true and he replaced me.

So, what's the moral of the story?  First, let's focus on how amazing it is that what starts out as a relatively small decision can turn into something truly life altering.  Aside from the obvious impact it had on everyone from Jennifer Aniston to Les Moonves to me, Friends made an enormous impression on our culture.  Like all well-told stories, such shows have special meaning for the people to whom they're told.  Here, people numbering in the hundreds of millions have been touched by this show.  But that's only clear in hindsight.  When the decision had to be made there was no way to know what the full consequence would be.  Just like so many of the decisions that all of us have to make every day, I made that decision trusting in what I believed was right as well as what I thought was smart.

Clearly things didn't work out the way I'd planned, yet as I look back on that moment 25 years ago, I'm not sure I'd do much of anything different.  I still don't think spending $3M on something you don't believe in is a good investment just because it might harm someone else.  I'd rather place my bets on creating positive outcomes every time.  More to the point though, making decisions large and small are "gut checks," and I define "gut" as the synthesis of your head and your heart that defines your character.

As this story shows, you really can't be sure which decisions will ultimately prove themselves to have been "the big ones," so it's important to bring your best to every decision that you make.  In that moment, 25 years ago, I tried to be true to my own beliefs, the things that I still believe define me.  I've had my ups and downs but time has taught me that when you're blessed with a loving family, good health, meaningful work and a few good friends, the rest of the wins and losses take on a different meaning no matter how the outside world might be keeping score.  You realize that if anything in your past had changed, especially the things that define you, then you likely would have lost it all.

So, Jen, whether you know me or not, we'll be friends forever.

Over a long and distinguished career in media Peter Tortorici has served as President of two Broadcast Networks that flourished under his tenure (CBS, Telemundo), developed and produced top-rated shows (Grace Under Fire, October Road, Significant Others, The…