How to Develop Relevant Campaigns that Capture Concerns of Customers 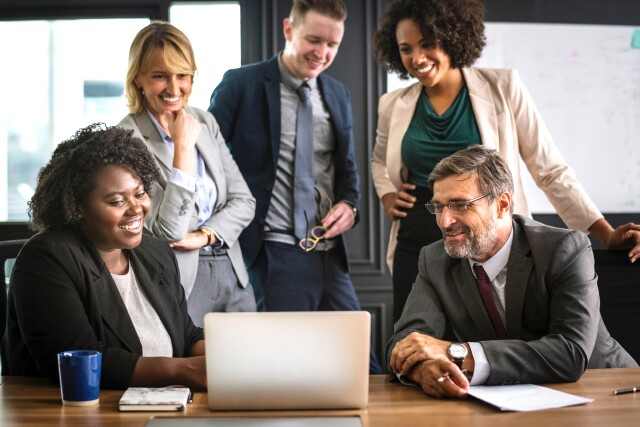 From the #MeToo movement to Black Lives Matter, we’re witnessing vast cultural changes that have made us acutely aware of the inequities in our society.  These mass shifts in our collective consciousness were always bound to have a powerful impact on consumer attitudes and behavior, which is why advertisers and marketers always need to keep them in mind if they want to develop relevant campaigns that capture the concerns of their customers.

This doesn’t just mean creating content that reflects the increasing diversity among American consumers (particularly Millennials, who will soon surpass Baby Boomers as the largest generation).  It also means recognizing that the advertising and marketing industries have a few serious problems with representation -- problems that make it more difficult for agencies to produce content that resonates with diverse consumers.

What’s more, there are fundamental questions of fairness at stake for the people who work in these industries.  For example, even though women outnumber men in the advertising and marketing industries, a 22.4 percent pay gap exists between the genders -- a number that rose from 20.8 percent last year, according to Marketing Week’s 2017 Career and Salary Survey.  And only 11.5 percent of creative directors are women.  Considering the number of women who work in each industry, it’s surprising that a larger proportion of them don’t hold senior roles at agencies.  If there are systemic factors that contribute to these gender gaps, agencies need to isolate them and figure out how to be more inclusive.

While it’s not easy to determine how many of these discrepancies can be attributed to systemic factors such as bias (versus, say, divergent preferences among different groups of people), advertising and marketing agencies should try to figure out what accounts for the skewed representation in their industries.  As women in both industries demonstrate, representation isn’t everything; differences in pay, promotion rates and other indicators also have to be addressed.

These are all reasons why we’ll see more and more efforts to foster diversity and inclusion in advertising and marketing.  Agencies are reporting how much diversity exists among their employees, they’re actively recruiting people whose different backgrounds give them different perspectives, and initiatives such as the 3 Percent Movement are working to make advertising and marketing more inclusive and representative.

However, the process of making these industries more inclusive and representative won’t just require changes in company policies and cultures.  It will also require agencies to produce work that reflects the diverse demographics of modern consumers. That’s one of the reasons why agencies are increasingly relying upon user-generated content (UGC) – a powerful tool for improving brand trust and reflecting consumers’ priorities.

If your brand wants an authentic strategy that resonates with today’s consumers -- particularly younger ones who spend a lot of time on social media and have more diverse networks of friends and peers than previous generations – UGC is one of the most valuable resources at your disposal.  There are many diverse content creators out there; brands just have to seek them out as they develop their UGC campaigns.

According to a 2010 article in Information, Communication and Society, “A survey of American college students showed that among online users, minority groups (African-Americans, Latinos and Asians) tend to create online content more frequently than white students.”  Nearly a decade later, brands finally seem to be waking up to the realities of this new, user-driven world of content.  Those brands that are willing to take the plunge will ultimately have a better shot at winning over the breadth of consumers they’re trying to reach.

Nothing smothers creativity like a company culture -- or a marketing strategy -- that fails to seek out and embrace unique perspectives.  However those perspectives emerge, they’re precious resources because they come from lived experiences. UGC is the ideal conduit for these experiences because it doesn’t come from a huge, expensive production team.  It’s a raw and individual form of expression.  That’s the essence of authenticity, and its exactly what consumers want.

Analisa Goodin is the Founder and CEO of Catch&Release, a venture-backed technology company that enables brands and advertisers to discover and license user-generated content from the internet.  After a decade working in the advertising agency …