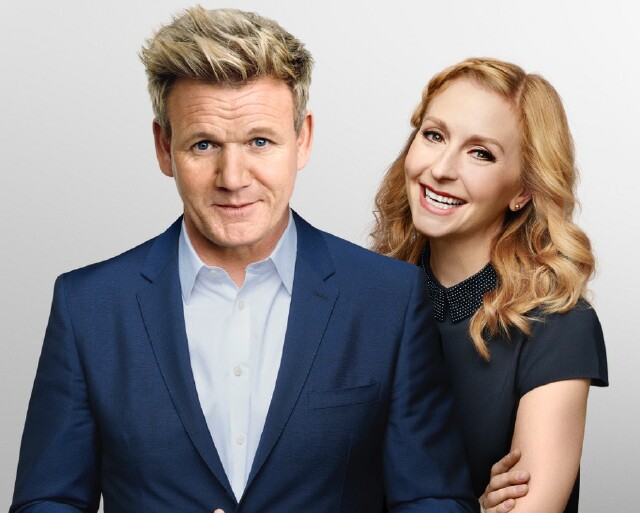 Tonight's two-hour Fox special MasterChef Celebrity Showdown features a new batch of celebrity competitors whipping up dishes in the name of charity. And for the first time ever, MasterChef judges Gordon Ramsay and Christina Tosi (pictured at top) are included among the competitors! (Watch an exclusive clip below in which the stars reveal their proudest cooking moments.)

Trai Byers of Fox's Empire and his wife Grace Gealey Byers, Nene Leakes of Bravo's The Real Hosuewives of Atlanta and her hubby Gregg, Cheryl Hines of Son of Zorn, Kal Penn of ABC's Designated Survivor, NFL legends Ronde Barber and Tiki Barber, rockers Joel and Benji Madden, Jordana Brewster of Fox's Lethal Weapon and Anthony Anderson of ABC's black-ish (pictured below with Ramsay) round out the group. 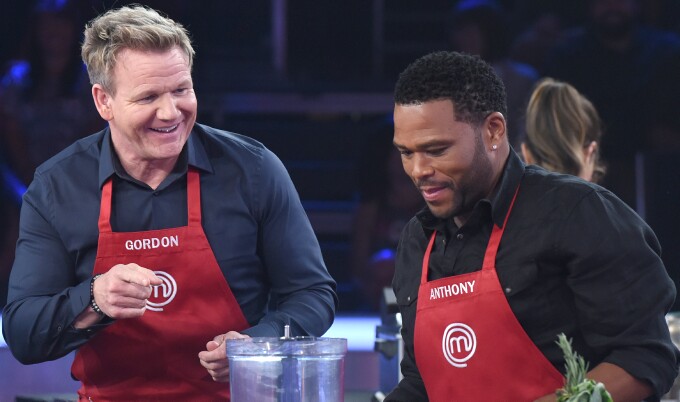 In this exclusive clip, stars from MasterChef Celebrity Showdown reveal their proudest achievements in the kitchen:

There’s a twist to the show's usual recipe when season seven MasterChef winner Shaun O’Neale, alongside two contestants from the upcoming fifth season of MasterChef Junior, call the shots as the judging panel. Just how Ramsey and Tosi fare against their celebrity counterparts remains to be seen, but according to Ramsey all of the show's participants proved themselves to be kitchen whizzes.

"Anthony Anderson was a lot of fun,” he said. “His skills in the kitchen are so solid and he puts so much of himself into everything he makes.

"Jordana Brewster was a great competitor who has such great instincts for flavors,” he continued. “She and Christina made an excellent team and really had Anthony and I on our toes. Cheryl Hines’ recipes are inventive and she really pushed herself to the next level in the competition.”

When it came to competitors in real-life relationships (be it married or family) Ramsey, well known for his high stress levels in the kitchen, has high praise for their ability to work together. “Nene and Gregg Leakes are such a strong couple,” he admitted. “They really complimented each other and were able to pull off a delicious result. Grace and Trai Byers, though newlyweds, were like veterans in the kitchen and it was amazing to see hard-core rock stars Benji and Joel Madden take on a challenging yet delicate dish. They put their own spin on their creation and proved that they’re not just skilled on-stage!”

MasterChef Celebrity Showdown will be telecast tonight at 8 p.m. on Fox.