Outfront: A Historic Future for OOH in NYC 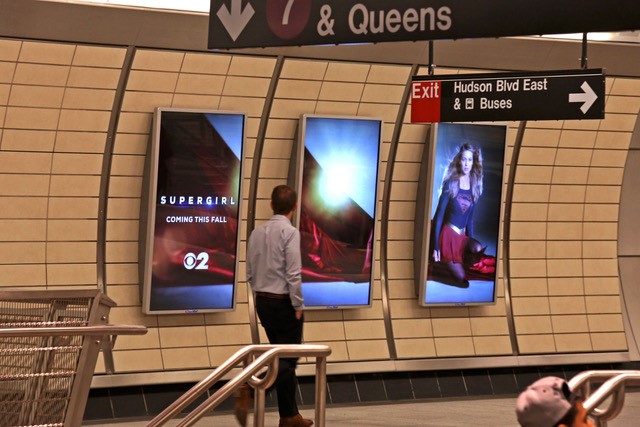 This week, two unrelated but somewhat connected events occurred.  One is quite monumental.  After a two-year, highly competitive procurement process, Outfront Media was awarded a 15-year contract for the advertising display franchise by the MTA -- inclusive of the subway, bus and rail systems -- as well as a new 10-year contract for the MTA billboard franchise.  An incumbent retaining a transit franchise might not appear to be "monumental," but when you consider that the complete re-imagination of MTA's communication and advertising experience is at the core of our plan, the metamorphosis will indeed be monumental.  New Yorkers, commuters and worldwide visitors alike will experience a truly transformed system in the years to come.

The second event was more personal.  I received a package from the son of a gentleman who retired from a company called New York Subways Advertising (NYSA) in the late '70s (that is the late '70s, not his late 70s.)  Rudyard Colter was a Vice President and "salesman" at NYSA throughout the '60s and '70s and he was legendary.  At that time NYSA existed solely to sell the advertising on New York City's subway station platform and train cars.  Rud, a gifted writer with a creative mind, was in charge of the company's direct mail campaigns to ad agencies and brand advertisers.

I joined NYSA in 1981, and sat in front of an electric typewriter outside the Sales Promotion Director's office to help the team (of one) promote and market subway advertising to perspective advertisers.  The package that landed on my desk this week was Rud's scrapbook portfolio of his classic direct mail letters, along with a note from his son advising me of his dad's passing several months earlier at the age of 99.  The letter also suggested that I, as the "last link" between the past and future of a somewhat continuous subway advertising history, should be the keeper of the book (this despite the fact that I had only met him once or twice).  I had two concurrent thoughts: "Seriously ... the last link?" and "What a treasure trove!"  So, I dug into the binder and I can attest that the world has indeed changed … a lot.  But on the other hand, there was so much I recognized.

Many of the iconic brands of the last century -- some of which have entirely disappeared -- were huge subway advertisers.  TWA and Pan Am were mainstays.  At one point, Procter and Gamble had a dozen or so brands keeping themselves front and center in the minds of New Yorkers.  Levy's Bread!  All the New York media, packaged goods and airlines were represented.  Rud's "pitch" letters expressed familiar themes:  Frequency of riding means repeated exposure to brand messaging.  Frequency builds familiarity and familiarity is key in the path to purchase.  Woven throughout was the astounding size of daily ridership; 5,000,000 plus. All still true today.

Rud addressed research, too.  One of his testaments to the effectiveness of the medium was that since the Ad Council started running "Smokey Bear" forest fire copy in subway train cars, there had not been a single forest fire in New York City.  As Rud was fond of saying, "Proof positive of the pulling power!"  I remember the days when we would look at census tract maps to help determine how to target specific demographics; we'd overlay a subway map and look at which stations fell within those geographies.  When Shapiro Wines wanted to reach a Jewish population we simply checked the stations that had significant "token drop" declines on Yom Kippur.  As late as the mid '80s the MTA would supply us with token drops by station and we would look for patterns to help tell better audience stories.

Fast forward 40 or so years and Outfront is on the cusp of delivering a network of 50,000 connected screens -- liveboards -- informed by a tech stack platform that will make OOH not just smarter, but intelligent.  Liveboards will be addressable in real time reacting to real audiences that are passing these displays in real life.  It's the best of the digital world intersecting with the impact and engagement of the physical world, in a place where all New Yorkers converge.  The MTA will benefit from an enhanced aesthetic and customer communication system, passengers will be better informed and addressed with relevant and interesting content and messaging, and brands will be able to reach target audiences in new ways that will garner attention.

Through Outfront's deployment, the MTA's facilities and its customers are about to enter a new reality that until now could only live in the imagination of a creative mind like Rud's.  The beginning of truly intelligent out of home is upon us -- and its proper birthplace will be New York City.