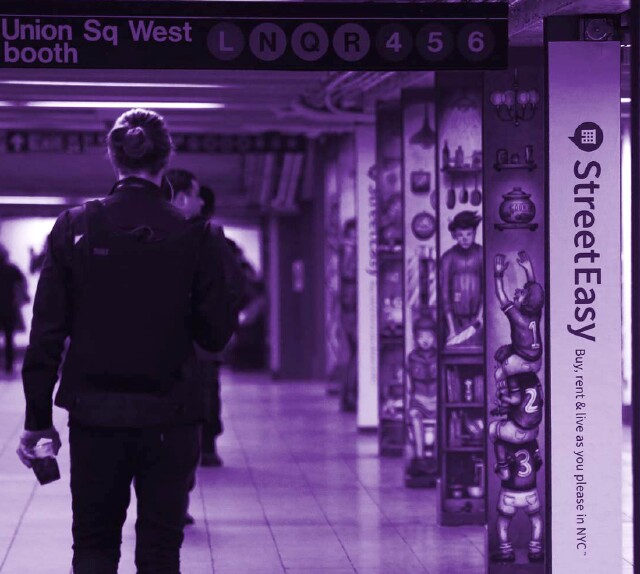 This week in New York City, the great and good in the U.S. out-of-home (OOH) advertising industry met at the Ad Club's annual event, OOH: NOW. OOH is more relevant than ever and poised to meet brands' demands for growth, connecting consumers with the right content in the correct context. While the advertising world has changed dramatically in the last 15 years -- through the likes of social, mobile, video, programmatic, et al. -- I would argue OOH's finest days are still ahead.

First, a Bit of Media History for Context

Advertising has gone through three distinct phases since the '90s. When I first joined the advertising industry the media world was focused on exposure. Traditional media ruled with ads driving demand generation, which equated to throwing much coverage and frequency at the consumers' metaphorical wall and then trying to measure what they saw or heard in return. Optimizing for exposure and effective frequency was considered the Holy Grail. Life was good and OOH was rock solid in the demand gen stakes.

Next, we entered the late '90s and the birth of the Internet. Companies like Yahoo and Google seemingly popped up overnight and found a new way to capture attention. The ad world shifted to engagement, measuring not only what people saw but also what actions they took -- think clicks and shares. Zenith even rebranded to "the ROI agency." Cookie targeting ruled back then.

Later on, with the advent of Facebook, Twitter, LinkedIn and other social platforms in the 2000s, the third major advertising shift occurred. The industry moved from impression to expression by placing contextually relevant content and allowing consumers' collective network effects to create viral advocacy. Thus, sentiment analysis was born and brands subsequently shifted huge sums of money to the new shiny "digital" channel. Interestingly, at the same time, a parallel paradigm shift occurred: the move from demand generation to intent fulfilment -- perhaps a sign of Yahoo's ultimate undoing?

In response to consumers increasingly expressing their opinions online, advertisers recognized the value in monitoring and measuring that ongoing dialogue to implant brand messages and meet them halfway, often through the ubiquitous mechanism of targeted ads. Today, a modern media company's value is derived from creating connected networks for consumers to engage, post and share within, as well as for advertisers to take advantage of the data and insights which underline said consumers' intent. In the present context, digital is set to grow by double digits in 2017. All seems bright in the digital media land.

Why is This Relevant to OOH?

In our connected, consumer-centric, social and mobile world, the future potential of OOH has increased exponentially for three reasons:

OOH continues to be the rock-solid medium for generating demand. I think back to my early career days, when I believe it was Maurice Saatchi who said, "Advertise, don't apologize." I always thought he was referring to OOH because it seemed like the obvious medium to use to make a bold and very public statement and create brand fame. Get the creative right, use prime sites in the right locations, multiply by proximity or recency theory, and see what happens.

Apple is probably the best use case but others are catching on: Facebook with its "Live" campaign and Twitter with its recognizable Hashtag Hillary and Donald campaigns are further proof that the most tech-savvy companies need to generate demand and are using OOH to do so. From General Motors to Warner Brothers, Anheuser Busch to Sprint to Coca-Cola, all verticals are seizing the opportunity. OOH is the demand generation medium and advertisers are starting to realize that using digital only to drive mass consumer demand has its limitations.

2) Digital OOH is About to Come Alive

Digital OOH has proliferated in most places because it allows for ease of creative delivery and access to the most on-demand sites. On the other hand, digital in OOH is not completely there yet, but is poised to be switched on. Imagine a cloud-based app, a Wi-Fi-enabled beacon with contingent content capabilities and geolocation data that provides new levels of proximity targeting consumers more precisely than ever before. In other words, digital media as we know it translated to the real world. We are building the tools for effortless planning and buying as well as a new common currency to measure impression to expression in a socially amplified world, which are all exchange or private marketplace compatible. True digital in the OOH space is coming.

Imagine a world where digital OOH is inclusive of everything outside the home; where consumers spend 70 percent of their time, and includes every digital interaction from connected driverless cars to roadside attractions. The new digital OOH will have the predictive ability to understand where the right audience is, where they've been and where they're going. Fuse this new level of data with digital geolocation capabilities and social interactions and you have the ultimate intent fulfilment medium.

The rock-solid foundation of demand generation and the consumer intent fulfilment capability that comes along with it will make OOH the ultimate digital medium of the future. The untapped potential for OOH is right in front of us. The transformation is up to us to unlock.

Clive Punter is the Executive Vice President and Chief Revenue Officer of Outfront Media. He is based in New York and responsible for driving growth in Outfront Media’s sales operations across the United States. Prior to joining Outfront Media, Cliv…