Patrick Duffy on Lifetime's "Random Acts of Christmas," Life After "Dallas" and More 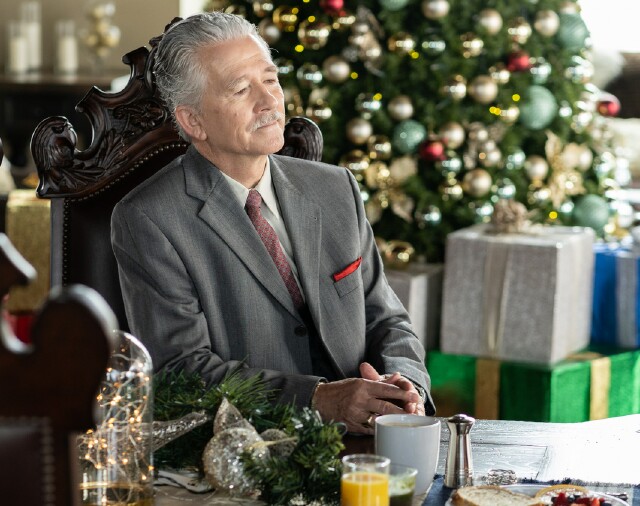 Patrick Duffy returns to Lifetime this weekend in Random Acts of Christmas, a heartwarming tale that centers on keeping the magical moments of Christmas, well, magical.  It’s Duffy’s second Christmas movie this year (he just appeared in Hallmark’s The Mistletoe Secret opposite Kellie Pickler) and for the beloved actor, this new tradition of spreading Christmas cheer (one he began in 2017) is like a gift to his fans.  “Christmas is a celebration that I think, barring living on another planet, everyone has memories of,” he told MediaVillage in an exclusive interview.  “So, when you get [a call from] a company like Lifetime, which does real, feel-good [Christmas] fare, and they say, ‘It’s Lifetime with a Christmas movie,’ you don’t even ask questions.  It’s just a yes!  You know by virtue of their reputation and history that it’ll be of a certain quality with a great ending.  The organization treats its actors so well and with such respect, and you often get to be reunited with people you might not have seen in years."

In Random Acts of Christmas, Duffy portrays Howard, stately guardian to Colin Hauer (Kevin McGarry), who sets out to aid journalist Sydney Larkin (Erin Cahill) on a mission to uncover the secret Santa who’s “terrorizing” Chicago with, as the title says, random acts of a certain holiday.  “I thought of [Howard] as being like the Alfred character on Batman,” he admitted.  “A sage, common-sensed person.  Kevin and I came up with the back story that my character had literally taken care of him since he was a toddler after the passing of his mother, with whom I believe Howard was always in love.  I dedicated myself to being a father figure to this young man and that made for a lovely relationship.  Based on that, Kevin and I enjoyed every single scene we had together.” 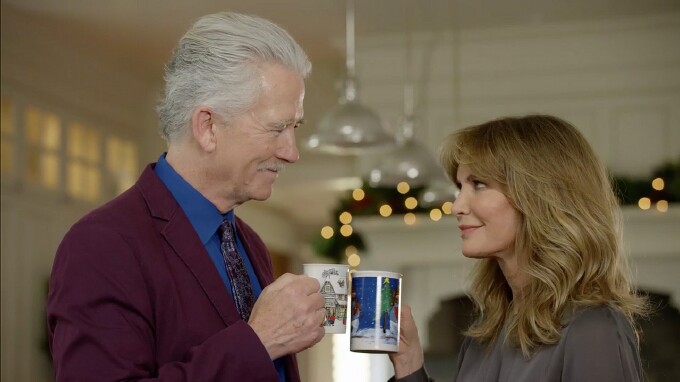 Another treat for Duffy was reuniting with Jaclyn Smith (who portrays Cahill’s mother Lauren).  Duffy had worked with her in 1980 on a two-part Charlie’s Angels episode titled One Love … Two Angels (photo below).  He played Bill Cord, a man who romanced two Angels at the same time and almost brought about the end of the Townsend Investigations Agency.  “I hadn’t seen Jaclyn Smith in probably 30 years,” he recalled.  “We walked on the set at this time in our lives and it was like no time had passed.  The two of us just looked at each other and without saying anything it was like, ‘Can you believe it?  We’re still here.’  She has the same feeling of just how lucky we are that the phone still rings, and it’s because of the work we did 30 years ago. 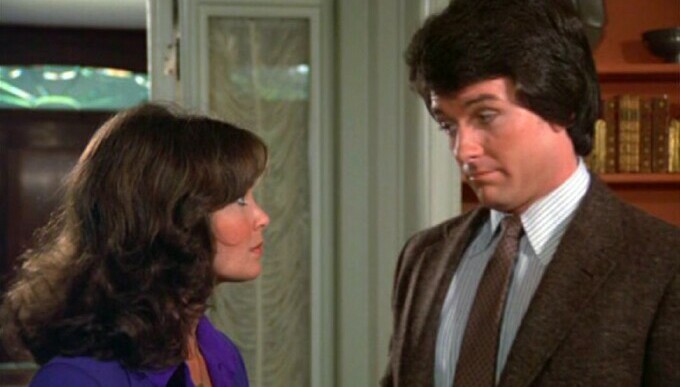 “What’s funny about that [Angles] episode is I was the opposite of the bad guy,” he added.  “I was a good guy who happened to fall in love with both Kelly (Jaclyn) and Kris (Cheryl Ladd).  I wasn’t using one against the other or being duplicitous, and they fell in love with me.  Aaron Spelling, who was always so good to me, thought the only way to solve the dilemma of the three of us all being in love was to kill off the problem -- me. Most people get it and tell me how wonderful I was with Jaclyn and how sweet the barn scene was with Cheryl.  The two Angels central to that episode are not only great actresses, but were, and still are, icons.  They were the nicest people on set to everyone.  I got to romance two of the most beautiful women on television!

“Robert Reed (The Brady Bunch) was the bad guy” he continued.  “This was one of those special episodes with an exemplary cast headed by Ray Milland, who I fan-boyed out over working with.  So much care went into making it and it was really a step above a lot of things they had done.  I was really honored to have been chosen to be a part of Charlie’s Angels as it’s one of the most iconic shows in pop-culture to have ever aired.”

Add the fact Reed’s character was the one to make Duffy’s character meet an early demise and it becomes one of the most memorable viewing experiences in TV history.  “Robert and I actually joked about that fact,” he laughed.  “I was like, ‘Really? Mr. Brady is killing Bobby Ewing?’  There is something so wrong about that.” 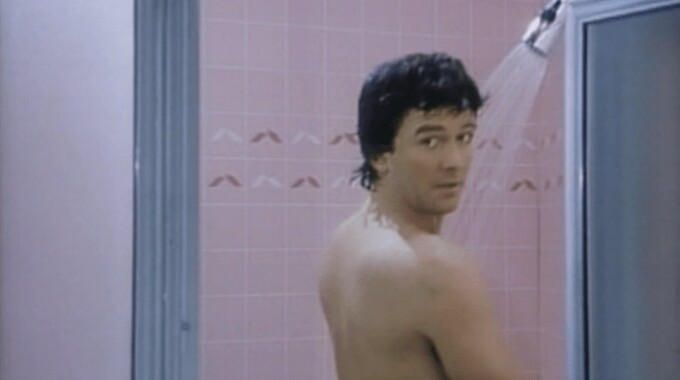 Being a pop-culture icon is something Duffy can’t escape.  Be it from Man from Atlantis (a role he credits with landing him the role of his lifetime, that of Bobby Ewing), his iconic return to Dallas in the infamous shower scene (a moment that dismissed the prior season as a dream, and a move he considers “a gift,” giving him five more seasons on the show), or co-starring opposite Suzanne Somers on the TGIF sitcom Step by Step, he can’t walk onto a set and not be fondly remembered.  “This might sound self-aggrandizing,” he admitted. “But I forget who I am until those kinds of things happen. Usually, there are Step by Step fans because they’re younger.  Sometimes it’s because of Dallas, and usually that’s when it hits me that I’ve been in the industry for 40 years.”

Duffy just filmed a guest spot on CBS’ All Rise and starts shooting an episode of NCIS next week.  He appreciates his work more than ever.  After the sudden loss in 2017 of Carlyn, his beloved wife of 43 years, he finds that work provides solace.  “I was on a job yesterday, helmed by Mike Robin who did the Dallas reboot,” he shared.  “Sitting on the set as they were setting up the lighting, I thought to myself, ‘This is the best place to be; surrounded by people you appreciate, many old friends, some new friends.  It provides an environment of comfort and safety.  You feel a certain level of protection.  I always had an appreciation for it, but because of the loss of my wife the feeling is stronger now.  It helps and it feels good.

“I have been very fortunate, that I will admit," he continued.  "I’ve worked hard and have also been extremely lucky at being in the right place at the right time with a lot of things.  With everyone’s career, there is never usually a formula.  It’s a lot of happenstance and making the right decision at the right time.”

Random Acts of Christmas will be telecast Sunday, November 17 at 8 p.m. on Lifetime as a part the network’s It’s A Wonderful Lifetime programming event.