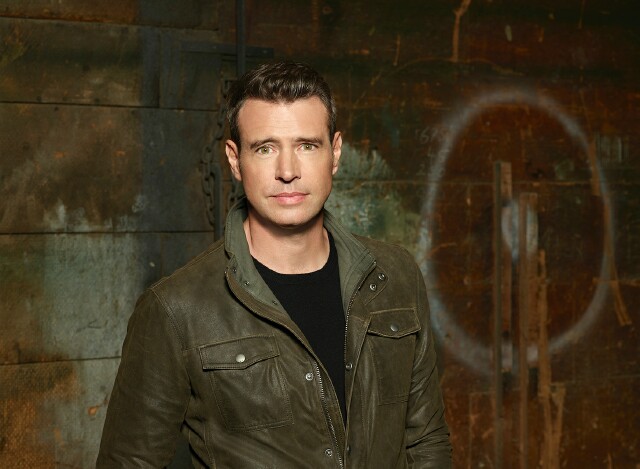 The premiere of ABC’s romantic spy-thriller Whiskey Cavalier earned some impressive ratings for the alphabet network.  Over its preview after the Academy Awards and subsequent repeat (or encore presentation, as repeats of pilots are often known), the first episode drew a collective 8.2 million viewers.  This has to be good news for star Scott Foley, who has a lot riding on the series considering he uprooted his entire family from Los Angeles to Prague, where the majority of the action-filled show is shot.  “We’re mostly stuck in Prague -- it's a rough life,” Foley joked when MediaVillage recently caught up with him.  “We moved the whole family; my wife is there, and I have three kids in school over there.  We love it.  I actually grew up overseas, and my wife and I had talked about giving our kids the opportunity to do the same thing.  So, when this came along, we jumped at it.  We completed the 13 episodes at the beginning of March and the kids are in school there till June, so we will stay and after that travel around.”

In the high-octane series, Foley stars FBI super-agent Will Chase (codename: Whiskey Cavalier), who after a devastating breakup has all but given up on life.  That’s until he’s assigned to work with CIA operative Francesca "Frankie" Trowbridge (codename: Fiery Tribune) played by Lauren Cohan (pictured below right, opposite Foley).  The two soon find themselves part of a ragtag team whose weekly mission is to save the world. 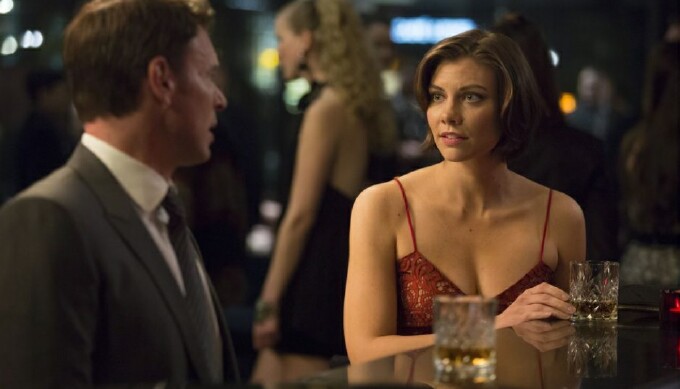 For Foley, it was getting to play the layered and comedic sides of his James Bond-esque character that he found most appealing.  “I have a real tough time relating to characters that don't show heart,” he explained.  “When I do, I can relate much more.  So, to play one who is willingly open about his emotions and feelings is so much more interesting.  I think Will is more of a real-life character than the tropes you might see on other shows.

Since his career-launching, long-running stint on J.J. Abrams’ light drama Felicity, the actor has spent a good part of his career as a member of ensemble casts in series like Grey’s Anatomy, The Unit, Scrubs, True Blood and Scandal.  So, when signing on as the series lead in Whiskey, he knew what he was in for.  “I was well aware of the workload that was coming my way,” he said.  “I [did] spend a lot of time on the set of Scandal, so I knew exactly what I was getting myself into.  I've been fortunate enough to be doing this for 25 years, mostly in the drama space, and I'm still young enough that I can pull it off for a couple more years.

“The show is a little labor-intensive so I don't get to see my kids as much as I would like,” he continued.  “But the fact that they’re with me and I can go into their rooms at night after they have gone to bed and give them a kiss, or I see them in the morning, is really important.  I'm actually now wearing a suit from Scandal that's a little big because I haven't had time to hit the gym.  But all our fight rehearsals keep me in pretty decent shape and my days are usually full.  Like I said, I knew what I was getting into and I'm happy to have it.”

While he’s having a blast playing a secret agent, Foley admitted there were pros and cons to the gig.  “The second day filming the pilot I did think, ‘What have I gotten myself into?'” he recalled.  “It was 10 below zero, with a wind chill of 17 below, and I was basically wearing a suit with three layers of long underwear underneath.  They’d yell, ‘cut’ and the hair and makeup women would come to me with those hot water bottles that your grandma uses.  I woke up the next day wind-burned and exhausted and thought to myself, I might rather be in prison.  This is pretty bad.  I’d go home bruised, sore, limping … and my wife would tell me to shut up and deal with it.  ‘We're in Prague and you're the lead on an ABC show’ she said -- and she's right.”  Cold days aside, “driving scenes make me really excited because I get to sit in a car,” he added with a smile.

“The fight scenes are exhausting because it's usually me fighting a bunch of guys who are all professional stuntmen and I'm not a professional fighter," he continued.  "My stuntman is a professional kick boxer, so he'll show me a video of him kicking someone in the face -- but there's no way my leg is getting up there!  They'll usually just get me a short guy.”