HISTORY's Moment in Media: Walter Cronkite Was the Most Trusted Man in News 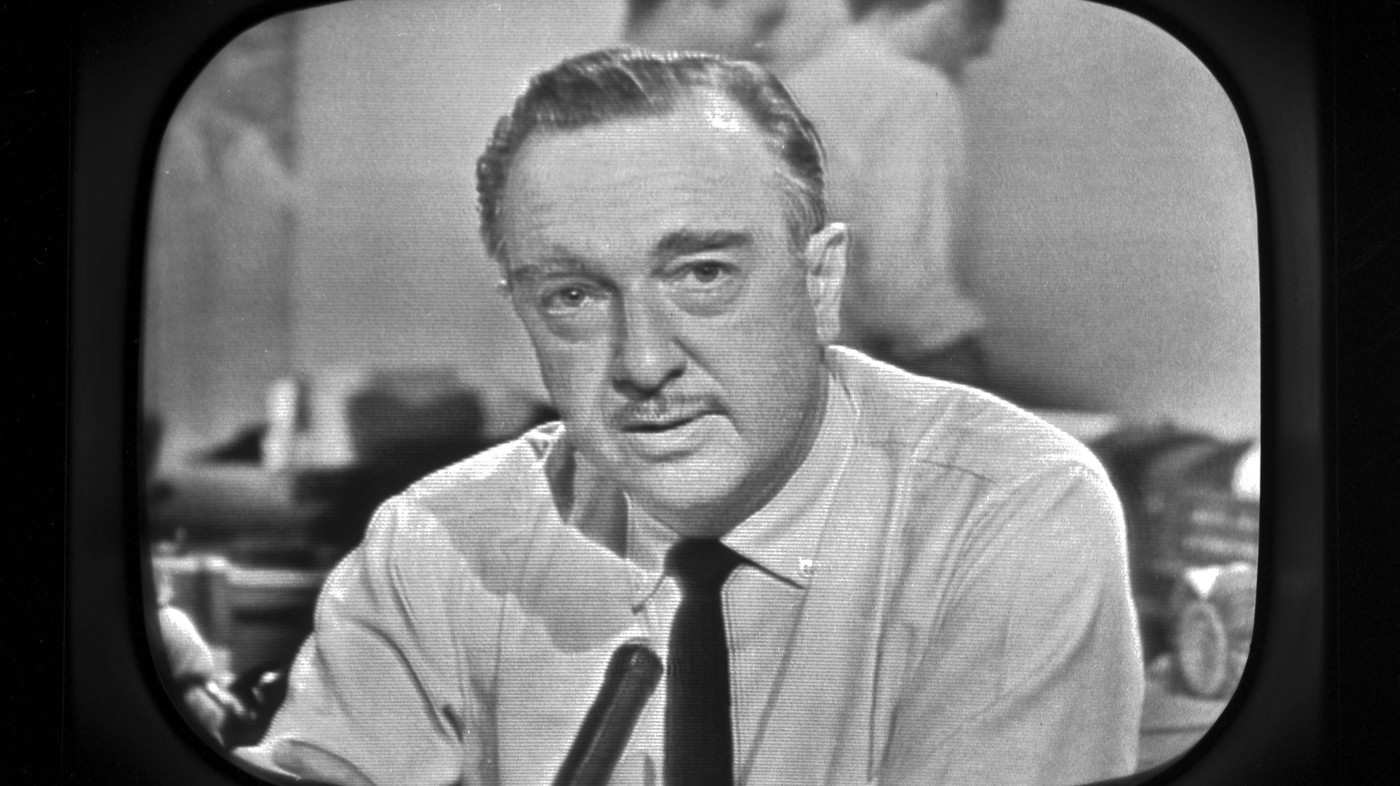 He wasn't particularly handsome.  His wife said he resembled no one more than a "family dentist."  He wasn't well educated.  He dropped out of college in his junior year.  Yet by the time he retired on March 6, 1981, Walter Cronkite was a voice all Americans knew and respected.

As anchorman of the CBS Evening News for two decades, he brought the tumultuous decades of the 1960s and 1970s into American homes. He went to Vietnam after the Tet Offensive, marveled when our first astronaut took steps on the moon and, most famously, tearfully announced John F. Kennedy's assassination. No wonder he was considered, according to at least one opinion poll, "the most trusted man in America."

The Missouri-born boy did not have an auspicious start in news. In fact, Cronkite began as a sportscaster. But World War II would change all that when he joined United Press International and headed to Europe to cover the battles. He got his first big scoop when he was able to hitch a helicopter ride to return to the States before his competition and be the first to report on Operation Torch, the Allied invasion of North Africa.

Cronkite was recruited for network TV in 1950 and served as anchor for a 15-minute Sunday evening newscast and then as the host of You Are There, which reenacted historical events. He also served a brief stint as the anchor of a short-lived morning newscast.

On April 16, 1962, however, he was given the biggest seat; anchor of CBS Evening News. Cronkite did not have an easy start. He trailed competitors in the ratings. He wasn't known as much of an investigator. But he had trained himself to talk slowly -- just 124 words a minute, as opposed to the average American speed of 165 per minute -- and it won him trust and converts in the American heartland.

Then, on November 22, 1963, Cronkite was standing over the newswire machine when a bulletin broke announcing that President Kennedy had been shot. The network was 10 minutes into a live broadcast of a soap opera, but at Cronkite's insistence the news division broke in with audio updates. By the top of the hour, Cronkite was live, broadcasting updates about the president's deteriorating state. At 2:38 p.m., Cronkite wept on air when he made the official announcement that President John F. Kennedy was dead.

Breaking the Kennedy assassination may have been Cronkite's most famous moment, but he built an entire career reporting on pivotal events. In 1968, he went to Vietnam in the wake of the Tet Offensive and pioneered the concept of having anchors step out from behind the desk and go into the field, in this case with a helmet and flak jacket. He interviewed troops extensively on the ground and came away convinced that America could not win the war. He reiterated this opinion to Americans in a broadcast upon his return home intoning: "To say that we are mired in stalemate seems the only realistic, yet unsatisfactory, conclusion."

Cronkite was also a real enthusiast for the United States space program. His coverage of major events like the 1969 Apollo moon landing and Neil Armstrong's first steps on the lunar surface were marked not by profundity, but rather by something more akin to gee-whiz enthusiasm. For the former, he remarked, "Whew …boy" and for the latter, "By golly, I am speechless."

His plainspoken, accessible style made Cronkite an icon. By 1981, he had been in the top chair for nearly two decades. He might have stayed there forever, too if it weren't for the network's mandatory retirement age of 65. Cronkite ended his last broadcast with a promise to return for special assignments and with his now signature sign-off: "Old anchormen, you see, don't fade away; they just keep coming back for more. And that's the way it is: Friday, March 6, 1981."