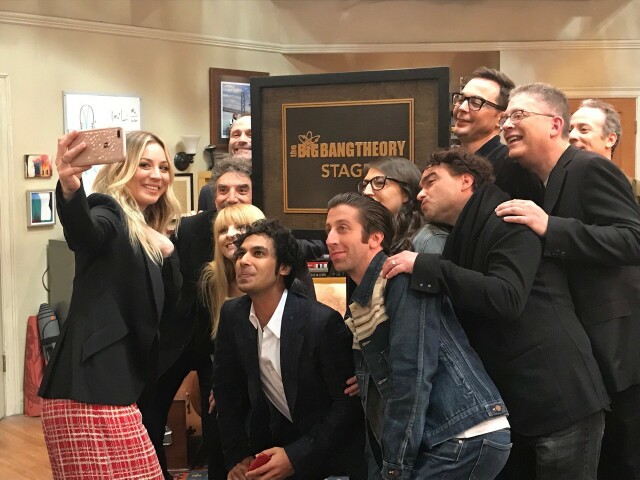 Burbank, CA:   Warner Bros. Television on February 7 celebrated the success of The Big Bang Theory and its achievement as the longest-running multi-camera series in television history (with 279 episodes) by officially dedicating Stage 25, home of the hit comedy series, as “The Big Bang Theory Stage.”  The ceremony and presentation were held during the Television Critics Association’s Winter 2019 press tour, and all members were invited to attend.  On hand to celebrate the unveiling of the plaque (pictured below) that will be mounted on site were series stars Johnny Galecki, Jim Parsons, Kaley Cuoco, Simon Helberg, Kunal Nayyar, Mayim Bialik, Melissa Rauch and Kevin Sussman, along with executive producers Chuck Lorre, Steven Molaro, Steve Holland and Bill Prady and director Mark Cendrowski.

In a joint statement issued by Warner Bros., Lorre, Molaro, Holland and Prady said, “For 12 years, and almost 300 episodes, The Big Bang Theory has considered Stage 25 home.  We’re honored that the series can now become a part of the history of this legendary studio which has been home to so many amazing films and television shows.” 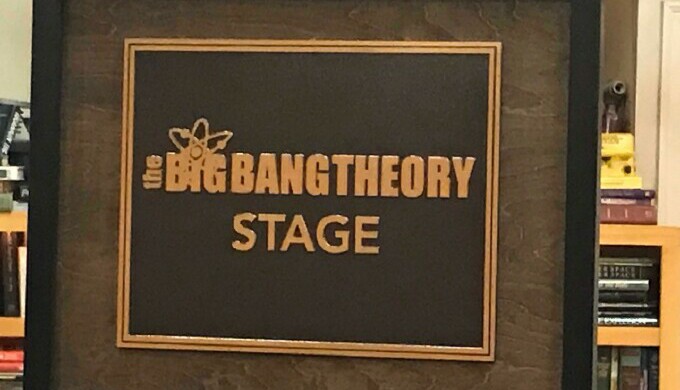 Stage 25, originally built in 1935, previously housed the productions of big-screen classics Casablanca, Giant, Bonnie and Clyde and Blade Runner, along with the television series Maverick, V, What I Like About You and more.  The naming marks the fifth time in the history of the Warner Bros. lot that a soundstage has been so honored.  In 2004, Stage 24 was declared “The Friends Stage;” in 2009, Stage 11 was renamed “The ER Stage;” in 2015, Ellen DeGeneres’ talk show commemorated its first 2,000 episodes with Stage 1 becoming “The Ellen Stage,” and in 2015, Stage 26 became “The Two and a Half Men Stage,” honoring another of Chuck Lorre’s hits.

“I didn’t know only five shows over 90 years have had the honor of a plaque,” an emotional Kaley Cuoco told MediaVillage after the ceremony.  “As a kid auditioning at Warner Bros. I’d walk past the Friends stage and be like, ‘Wow, how do you get that?’  So, to have our stage have a plaque is heartwarming.  It’s really special.” 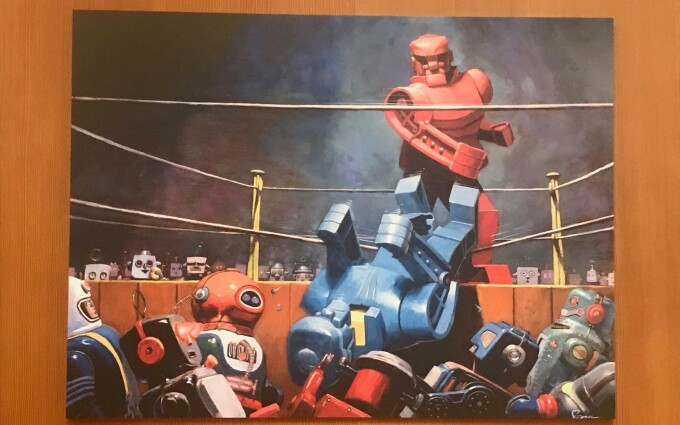 With the series officially signing off in May, Cuoco has already tagged the set souvenir she’ll be leaving with.  “I’m taking the piece of art on the door of two robots,” she shared.  (It is pictured above.)  “It has a very significant [personal] story Steve Molaro and I share a connection over.  He has the original and had that one made for [the show].  We’ve always had a sweet relationship and it’s something we both love so much.  I’ve looked at it for 12 years, it’s always in my eye-line from where I sit in the living room, so I’m glad to put it in my own living room so I’ll see it forever.”

No doubt things will get even more emotional for the close-knit cast when they shoot the final episode of the series on Tuesday, April 30.  As a parting gift, Cuoco has already presented her close crew friends with necklaces emblazoned with the number 12 in honor of the series’ long run.  However, selecting gifts for her cast-mates is another matter.  “They have to be perfect,” she said. 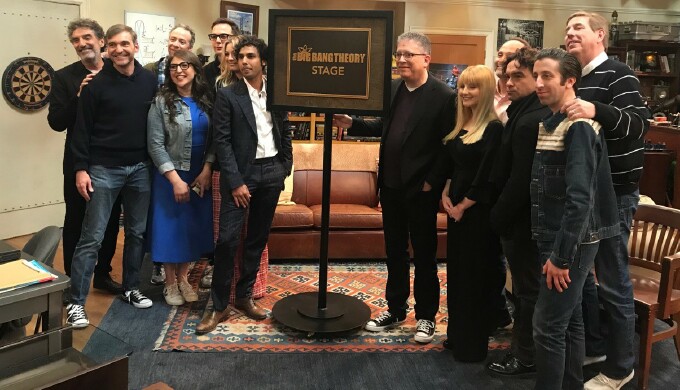 While the end of TBBT is bittersweet, Cuoco has come to terms with it.  “I would have done 20 more seasons as it’s a magical place,” she shared.  “But life goes on and it’s good to go out on top.”  She also has her own ideas as to what should happen in that all-important final episode.  “I hope in the finale the elevator gets fixed,” she said -- and she agreed with me when I suggested that the final scene should have them all stuck in it.  “Right!” she laughed.

The day included another special event for TCA members – the opportunity to watch the first rehearsal of an upcoming episode.  It was the first time in the show’s history that the press was invited to watch a first run-through.

The Big Bang Theory is telecast Thursdays at 8 p.m. on CBS.