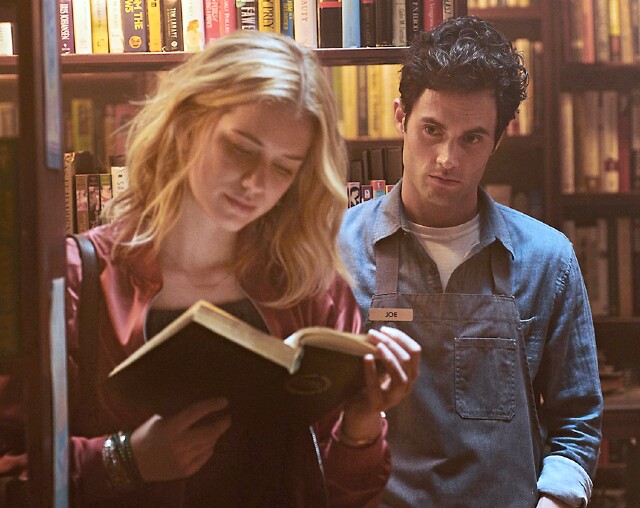 In a case where old terminology doesn’t clearly define new product, upcoming offerings on basic cable are anything but basic, boring or humdrum. From the dramatization of the life of a respected and sometimes reviled R&B star to the revival of a popular animated show from three decades ago to a prestige adaptation of a global spy thriller, basic cable will be home to some of the season’s most buzzed-about new programs.  Here’s a look at what’s coming down the pipes.

Parts of his life might seem like a moving train wreck – the highs, the lows, the drugs, the tragedies – so it will be hard to look away when BET presents a two-night movie, The Bobby Brown Story. It spans 30 years of the R&B star’s life, from his boy band days to his solo career and his rocky marriage to Whitney Houston.

The engines are revved for this spinoff of Sons of Anarchy from creators Kurt Sutter and Elgin James.  The Mayans Motorcycle Club runs its drug-smuggling and gun-running activities from a fictional California town near the Mexican border.  The series is told mainly through the eyes of a prospect in the club (JD Pardo), a once-promising young man who gets thrown into a life of cartels and crime.

Prolific producer Greg Berlanti brings a psychological crime thriller centering on a young man (Gossip Girl’s Penn Badgley) who uses every digital tool at his disposal to pursue the woman of his dreams.  He works in a bookstore.  She walks in and he googles the name on her credit card.  That’s how he starts to obsessively control her life.  It’s based on the 2014 best-selling book by Caroline Kepnes, which Stephen King called “hypnotic and scary.”

Remember those turtle brothers with ninja powers who first graced the small screen 30 years ago?  This time around, Raph, Leo, Donnie and Mikey discover new powers as they encounter a mystical world they never knew existed beneath the streets of New York City.  The character of April is now a mixed-race badass who can hold her own with the boys.  WWE’s John Cena voices a villain, Baron Draxum, in the animated series.  Ahead of its mid-September premiere, Nickelodeon already ordered a second season.

It all started with the 2005 Australian film The Magician, a mockumentary in which a Melbourne hitman hires a film student to document his life.  Now, producer and writer Scott Ryan brings the character, Ray Shoesmith, to a half-hour drama series in which he also stars.  In addition to being a hitman hardened by his experiences behind bars, Shoesmith is forced to juggle the demands of the criminal underworld with the needs of his family and friends.

Six premieres between late September and Halloween, all autumn-themed, should delight viewers of the channel’s uplifting fare.  Included are a new installment in the All My Heart movie series starring Lacey Chabert and Good Witch Halloween, the latest entry in the network’s longest-running movie franchise.

Amanda to the Rescue-- Premieres Oct. 28 at 9 p.m. on Animal Planet

Rescuing and rehabilitating animals that others have rejected is the passion of Amanda Giese, her two kids and her partner.  The family lives in Washington and cares for animals that have major medical or special needs with the goal of then finding them permanent homes.  Sporting a shaved head and a raucous sense of humor, Amanda says she’s out to prove that kindness is cool.

From the same creative team behind the highly successful limited series The Night Managercomes another adaptation of a best-selling John le Carré novel of intrigue and espionage.  Set in the late 1970s, The Little Drummer Girlcenters on a young actress (Florence Pugh) entangled in a complex global plot orchestrated by an Israeli spy master portrayed by Michael Shannon.  The middleman is an intelligence officer played by Alexander Skarsgård.  AMC will run it as three nights of two-hour episodes.

The Jurassic Park actor, whose distinctive face can set fans into a frenzy, is off on a 12-part adventure to explore mysteries around the world.  And by mysteries, we mean everyday things like coffee, ice cream and toilet tissue: how they’re made, their origins and how they affect our lives, all explored through the lenses of Goldblum’s black-framed glasses.

Adam Savage returns as host of a 10-episode series that gives six brilliant kids, all 12-15 years old, opportunities to use their savvy skills to tackle myths similar to those in the original series.  The youngsters, who are already experts in fields ranging from robotics to circuitry to building, will delve into physics, chemistry, explosions and even pop culture.