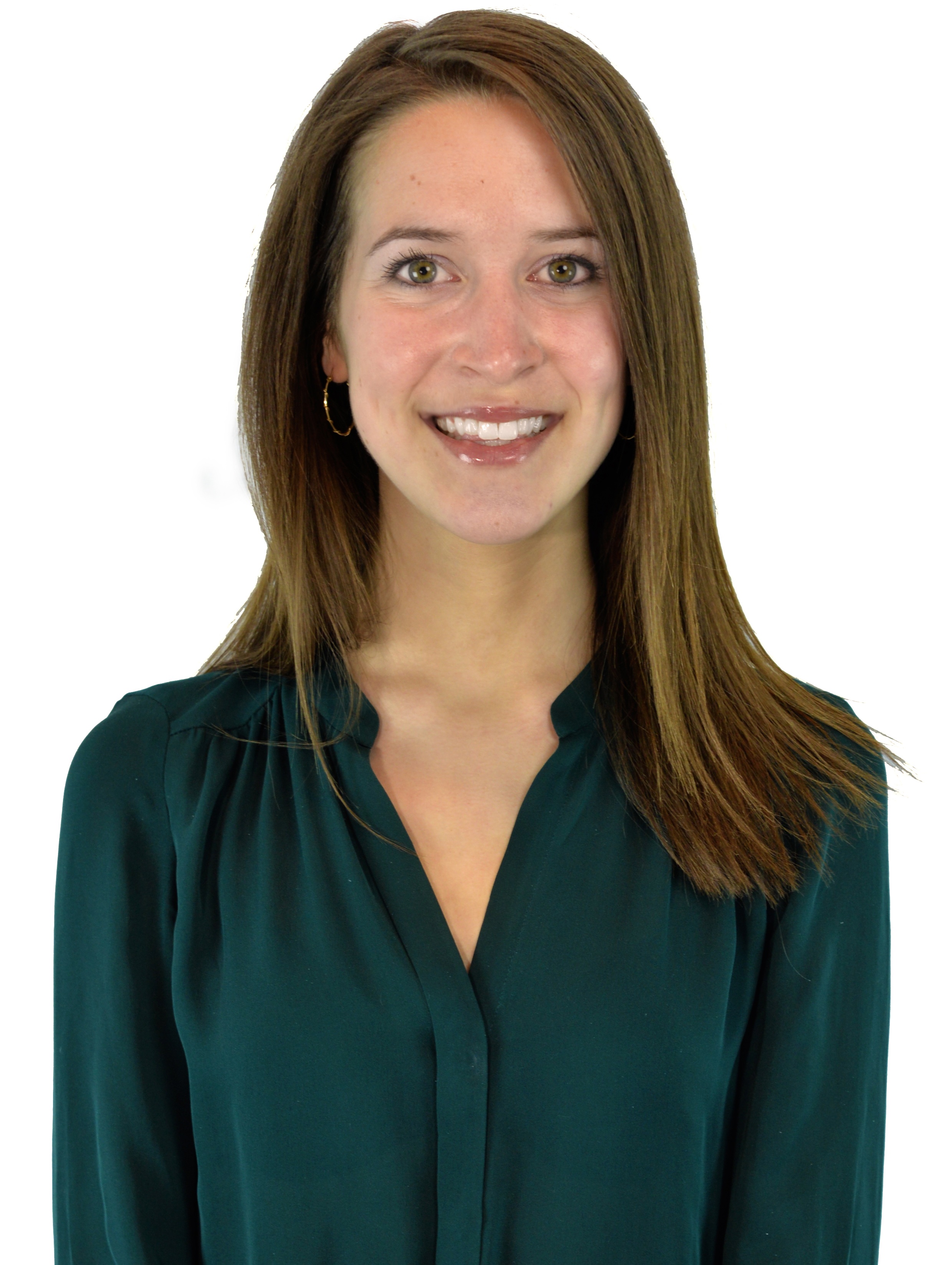 "Millennials are used to being identified and retargeted through online media, but messaging needs to be relevant and compelling for consumers to actively engage," says Stephanie Gutnik, Director of Marketing and Business Development of BroadSign. Stephanie joined the digital out-of-home ad tech company in 2013 as a Marketing Copywriter. She transitioned into the role of Marketing and Business Development Manager before being promoted to her current position a short time later.

A native Canadian, Stephanie was raised in Winnipeg before moving to Montreal for college, the city in which she currently resides. In hindsight, she's found that her prairie upbringing has kept her grounded as she progresses throughout her career. She grew up surrounded by both sides of her family and excelled as a competitive dancer and piano player. Her parents instilled in her a dedicated work ethic and taught her that nothing is more important than being a good person. (Stephanie is pictured below with her family.) 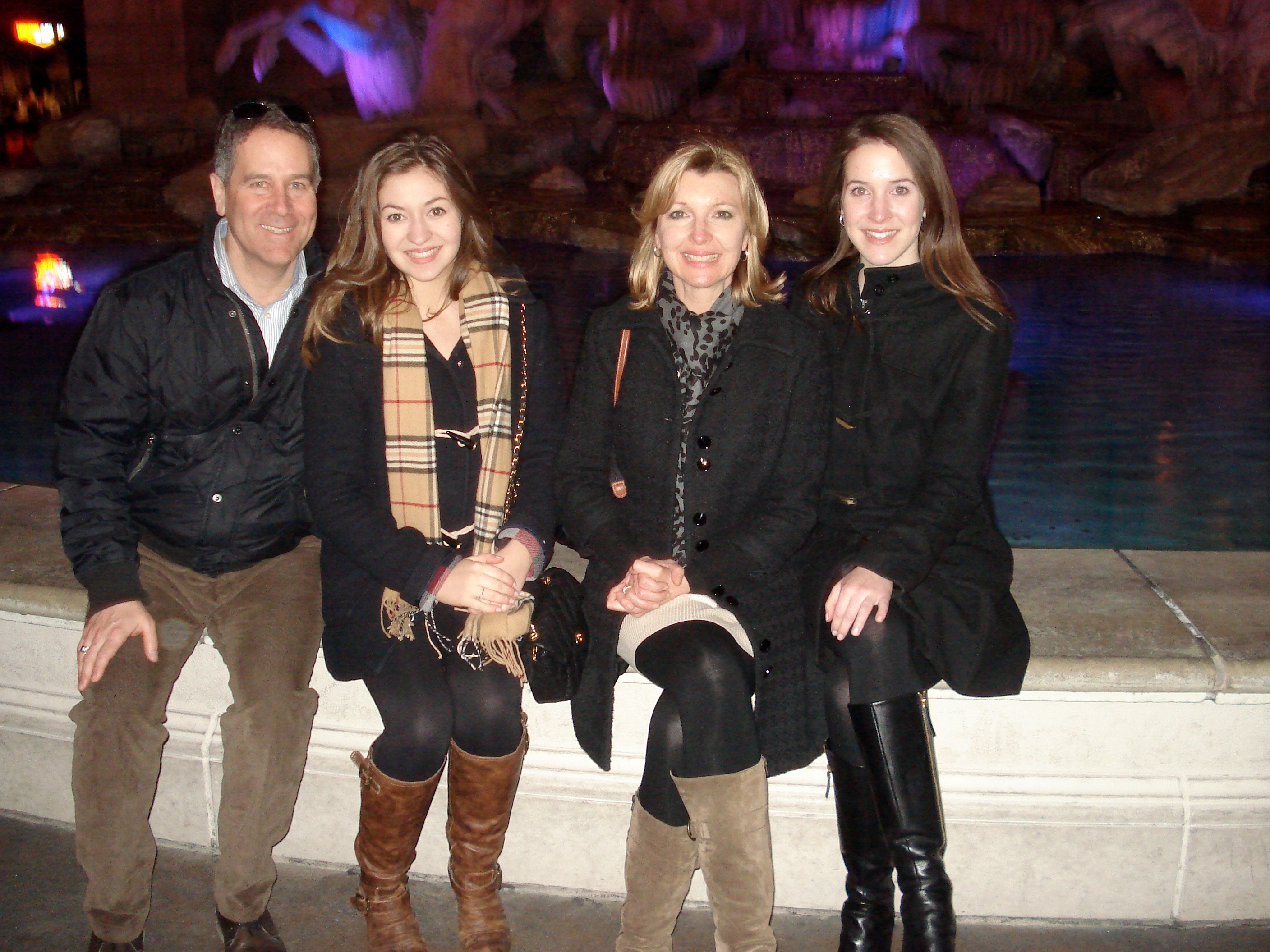 "We should always be guided by doing the right thing," she insists. "Though the business world can be viewed as 'dog-eat-dog,' I believe good things come to good people and businesspeople genuinely want to partner with pleasant and trustworthy cohorts." BroadSign's CEO, Burr Smith, shares this sentiment and has embedded it in the company values. "When your work culture is aligned with your own, you've found the ideal place to grow personally and professionally," Stephanie continues.

Upon starting with the company, the McGill University grad admits she had to "earn her stripes in technology," having no idea what digital signage was before her BroadSign interview. At university, Stephanie studied Political Science and Communications and started her career within a division of News Corporation as an Account Coordinator. 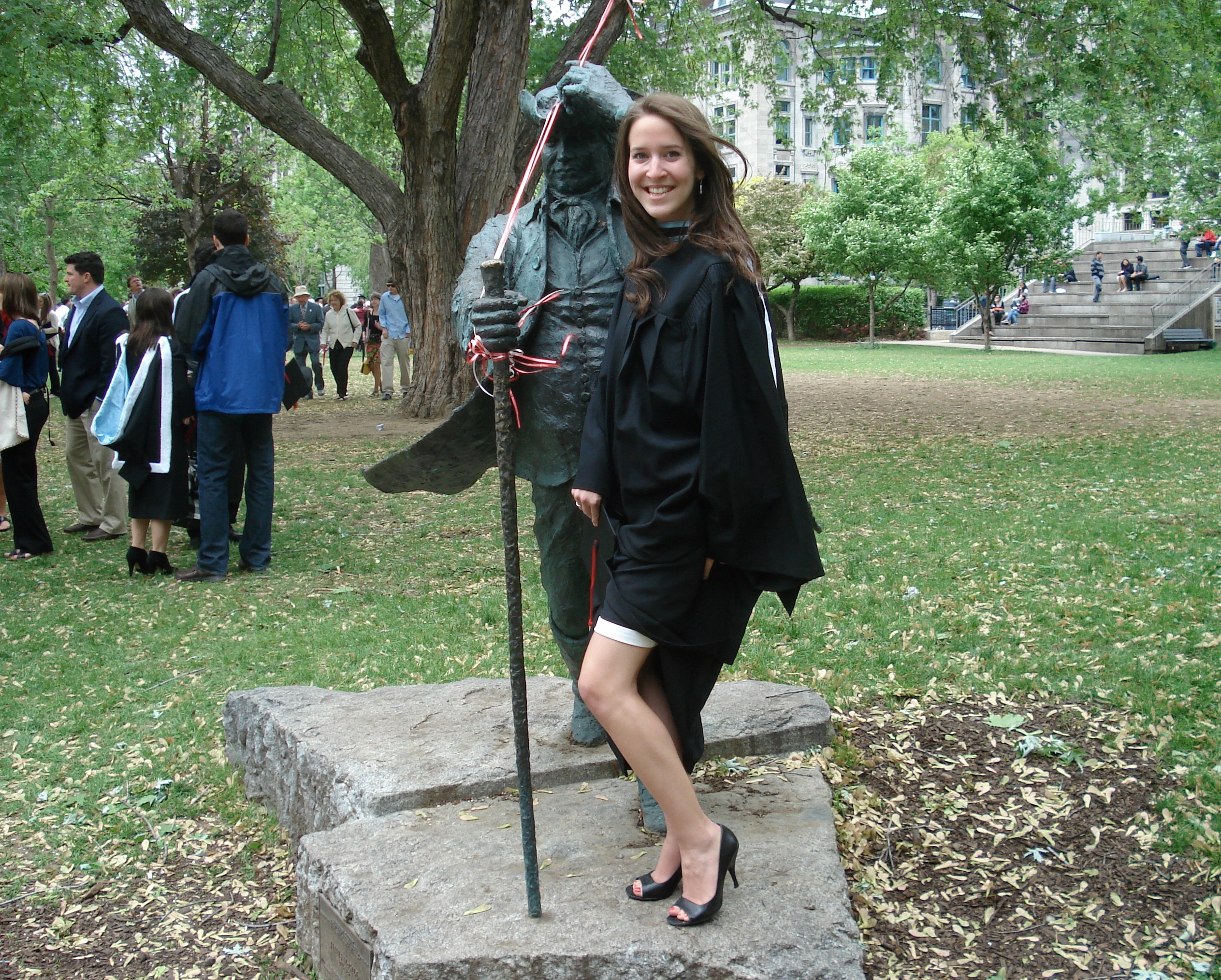 She's since learned a great deal about the DOOH space, noting it's a medium that's well-positioned to reach targeted audiences in an organic and authentic way. Stephanie most enjoys the opportunity to assess the industry from global and local vantage points and is excited by the adaptable nature of the business.

Stephanie acknowledges that DOOH is "not (yet) the go-to for most media advertisers," but insists that with society increasingly on the go, education of the benefits of DOOH advertising is essential. "It's a spectacular medium," she says. "When content is dynamic, combining creativity with real-time data, communications become increasingly meaningful and memorable."

She shares a fun campaign by ice cream brand Magnum, where ads automatically run when the local weather exceeds an average temperature. "Paying to play an ad only when the conditions are such that it has a high likelihood of registering with its audience is just one example of DOOH's effective offerings," she explains.

Although she reports directly to the company's COO as the head of her department, Stephanie works collaboratively with a team of designers, content marketers and multimedia specialists in an open environment. "A lot of work gets done through focus and mutual support," she says. In advancing her career at BroadSign, Stephanie hopes to foster a positive and driven work environment. "Everyone has their own methods of approaching new objectives and challenges," she says. "Giving colleagues the trust and space to explore often results in refreshing means of attaining these goals and resolving said problems."

While at BroadSign, Stephanie has adopted a global mindset. She has travelled to New York, Las Vegas, Amsterdam, Sao Paulo and Taipei for speaking engagements and to view the DOOH ads of BroadSign customers around the world (from the Hong Kong International Airport to the London Underground). Stephanie also interviews leading ladies in the out-of-home space for BroadSign's blog, a project she started to showcase female contributions to ad tech. "It's inspiring to see how eager high-profile women are to share their experiences," she says. "Equality will be a topic of conversation for some time but there is a collective effort by change-makers to address it." 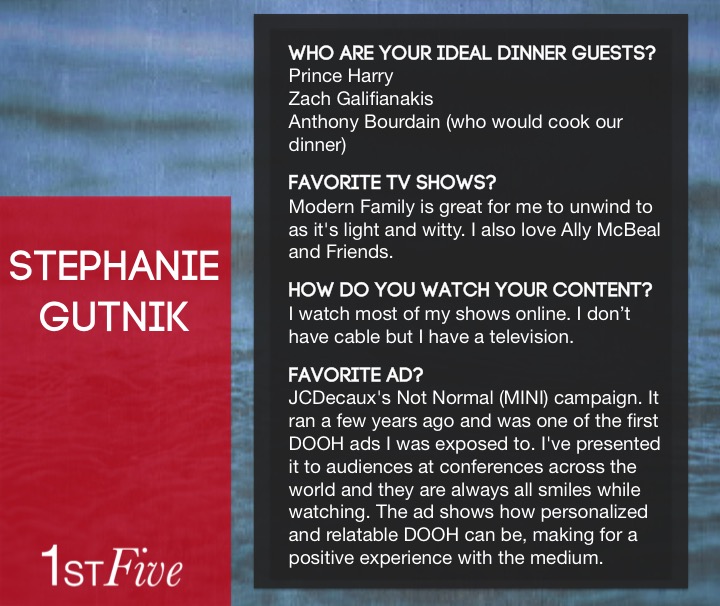 The media industry is one in which it's easy to get caught up in platforms and new technology.  Stephanie believes that it's important for advertisers to first create messaging that connects with the audience and then decide which technologies are best fit to deliver it. Within DOOH advertising, Stephanie is seeing a notable trend with mobile and audience measurement. "Through mobile and social media, viewers are given the choice to engage, which makes interactions more valuable," she notes. "The message is not an annoyance; it's welcomed."