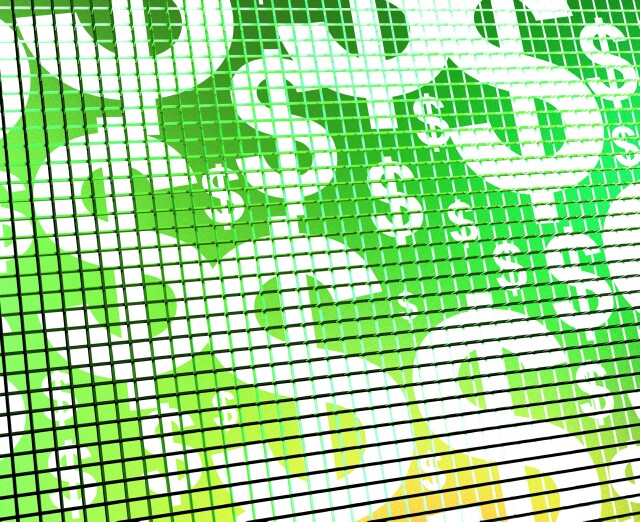 Wesley Yang, an editor at Esquire who is also well-known for his writings on the cultural identity of Asian-Americans, was the talk of Twitter earlier this month.  This time, however, it was for an observation on the nature of online media, rather than for his thoughts on race or the Asian-American experience.  He quoted a Vox article reporting The Walt Disney Company's growing concern that the $400 million it had invested in Vice Media was unlikely to generate returns.  Yang's concern was not so much that digital media had in and of itself been greatly overvalued and everyone was now sobering up, thus bringing prices back to earth.  Rather, the underlying issue might be something closer to this:  The strategies some digital media companies use to raise money undermines the quality of their content, the loyalty of their staff and, in turn, eventually the brand and company themselves.

Yang, drawing from the Vox piece, highlighted some staggering figures.  "Mic, which raised more than $60 million, sold for less than $5 million late last year."  "Mashable, which was valued at about $250 million in 2016, sold for less than $50 million in 2017."  "The properties formerly known as Gawker Media, plus The Onion and other sites, just sold for a price that's likely well below $50 million."  "Univision, the TV conglomerate which sold them off, had paid $135 million for the Gawker sites alone in 2016."

Part of the lower sale prices may indeed reflect the oft-cited reasons, which include Facebook and Google together zapping up a 60% share of advertising revenue on the web, concerns that digital media lacks the growth potential of other types of tech, or the remarkable inability of some media companies, despite racking up countless clicks, to generate hard profits.  (In fairness, Mashable wasn't exactly raking in profits when it raised its $13.3 million initial funding round led by Updata Partners in January 2014.)  These factors might very well contribute to an investor climate that is arguably beginning to sour on online media.  But perhaps there's another culprit: pressures exerted by some investors themselves, particularly in venture capital.

Despite the concerns floating around about the financial health and sustainability of online media, venture capital isn't yet panicking and still seems to be willing to throw money at it.  For example, The Outline, a New York-based online magazine spearheaded by Joshua Topolsky (formerly of The Verge), raised a further $5.15 million in May, 2018, with a round led by RRE Ventures.  Topolsky, a veteran of the online media space, had cautioned that he wanted The Outline's growth to be steady.  He was aware of the dangers of pushing for the high sorts of returns that can cause online media to get too big too fast and potentially go the way of Mic, Mashable and company.  (The Outline sold for an undisclosed amount in April of this year to Bustle Digital Group, which also had purchased Mic and Elite Daily.)

But, with respect to Topolsky's caution about injecting too much capital too quickly, the marriage between venture capital and online media is increasingly being called into question.  The basic concern goes something like this:  Venture capital is looking for high returns over a short period of time.  In order to achieve those returns, the pressure is on to pump out a large volume of content -- and content that generates clicks.  If the site then gets big enough, the venture capital firm can hit its "home run" and cash out.  If not, so be it; a venture capital firm, after all, expects many of its individual investments won't pan out; but the media company often comes down too as a casualty.

In order to generate the large volumes of traffic that some investors want, these media companies have perfect formulas to determine which articles bring in the most clicks, often through sites such as Facebook.  Mic, for instance, found that articles with headlines in the form of, "I'm This, But I Think That" were particularly popular.  (A couple of actual examples: "5 Powerful Reasons I'm a (Male) Feminist" or "An Open Letter to the Pope From a Gay Man.")  This worked well, until it didn't -- likely when readers got tired of this pre-packaged format, knowing precisely what to expect if they did indeed succumb to clicking on the link in their Facebook timelines.  Perhaps the most dangerous aspect of it, though, is when "directors of search engine optimization" would start telling editors to tell writers what to write, meaning that content was being written based on keywords likely to bring clicks -- not on topics of substantive importance.

Although this may work in the short term to generate large numbers of clicks and the advertising revenue that follows, the process often devalues the brand, and the long-term health of the media company is left in serious jeopardy.  Mic is arguably the shining example of this inaction.  (A piece in none other than The Outline chronicles this best.)  But it descended from being a rising star in the media landscape, even scoring a sit-down with President Obama, to losing both its credibility and the loyalty of its staff, many of whom were committed political liberals.  They became disillusioned with Mic's founders and financial backers' focus on generating page views, which eventually came at the cost of thoughtful content.  (A story not unlike that of The New Republic under Chris Hughes.)

Perhaps this is why a growing number of online media companies have been raising money, at least seed rounds, from more ideologically motivated investors, who are arguably benefactors as much as they are "investors."  For instance, Foster Friess provided $3 million to The Daily Caller, and, more recently, Ben Shapiro's upstart The Daily Wire was bankrolled by "several million dollars in seed funding" from the Wilks brothers.  Even Claire Lehmann, the editor of the quick-growing Australian media venture Quillette, responded with a foot on the break to Mark Carnegie's investment in her publication earlier this month, noting, "It's not exactly philanthropy, but no one who is investing is expecting to make a huge sum of money in the next 12 or 24 months."  (Carnegie is a venture capitalist by trade but an independent Quillette donor.)

Similar criticisms could be made about venture capital regardless of industry; but, in media, where brand trust is the ballgame, these fears are all the more relevant.  For media companies looking to achieve slow and steady growth, the venture capital route might be an avenue to treat with the utmost caution.  But, should more media companies begin to follow the trend towards relying more and more on subscriptions in addition to advertising for their revenue, quickly achieving major pageviews, a priority more associated with advertising revenue, might become less relevant.  In any case, venture capital so far, in online media, has arguably struggled to foster the sort of reader loyalty that, "Like any great relationship ... just gets better and better as the years roll on."