A Bigelow on the Floor - Mike Einstein - MediaBizBloggers 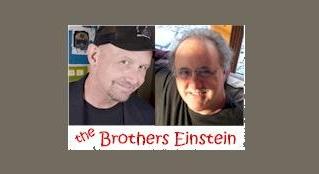 We live in a consumer society. And advertising is the lifeblood that sustains it… or at least used to. But the exponential fragmentation of our mass media channels has resulted in consumer anemia that is proving resistant to virtually every marketing antidote.

As our media universe expands at hyper speed, and as our attentions are spread ever thinner, marketers are finding it more and more difficult to reach consumers, and new brands are finding it virtually impossible to break through. Case in point, our ailing automotive industry: Is it a weak global economy or is it the inability to influence car buyers on a mass scale that has GM et al. in a tailspin?

Twenty-five years ago, marketers could reach 98% of all consumers through just three television channels. The commercial breaks were shorter and the relative impact of any given message much greater. Today, thanks to cable, the TV dial now includes hundreds of options, supplemented by an additional 250 million more places online for consumers to hide.

The real difference between then and now can be summed up in two words: on demand. Given the choice, we now opt to exclude advertising from our lives wherever and whenever possible. Commercial breaks on television are now either bypassed entirely, or treated as a frenzied opportunity to test the batteries in the remote control. Display advertising online might as well be invisible for all the traction it enjoys. We've reached critical mass not only in the amount of stuff we need and/or want, but in the amount of information about that stuff we are willing to endure.

The sober reality is that in an on-demand world nobody demands more advertising.

The advertising industry has undergone a total transformation whereby the medium has indeed become the message. Twenty-five years ago, the media department of a typical full-service agency was subservient to the creative egos and firepower that drove the marketing train. Today, it's the creative guys who don't get invited to the meetings.

How many of you remember the Advertising Legends series of Wall Street Journal ads from some 20 years ago? John Wanamaker, Bill Bernbach, David Ogilvy, Leo Burnett, Jay Chiat, Jerry Della Famina, Hal Riney…the list goes on and on with nary a media maven in sight. Today the exact opposite is true. None of us can name a contemporary creative type deserving of "legend" status, because there aren't any. There's no place for them at Initiative, Mediacom, Carat, Starcom, etc. Ask one of the 20-somethings toiling away in a cubicle at DDB if he's familiar with the initials that adorn his paycheck. Good luck! I'll wager that not more than half of today's ad work force knows anything at all about advertising history. And guess what? I have no idea which half!

Media franchises are going broke because local ad revenue is disappearing. Classified advertising has migrated online and left newspapers holding an empty bag. Local television stations are in the same boat. Nobody is watching the programs, let alone the commercials. Content providers won't invest in dwindling audiences and quality has taken a nosedive. There's nothing to sustain these business models except local advertising. And when these businesses disappear forever, no one will notice.

The idea that behavioral targeting technology can save the day with new and better ways to target consumer conduct is nothing more than wishful thinking. With industry-average CTRs for banner and text ads now slumming below .2% (within a click or two of statistical zero), it is a fool's errand to keep chasing this string. Or, as Dr. Phil would say to the legions of BT proponents who masquerade as marketing professionals: How's that working for ya?

The solution is right under our noses, and has been since the golden ages of sponsored content on radio and television when advertisers controlled their own environments to buy (Bill Bernbach's famous description) soup to nuts. Back then, it was programs within commercials instead of commercials within programs. Sponsor and content were inextricably entwined and brands were built: Bob Hope's Texaco Theater… The Lifebuoy Hour… Mutual of Omaha's Wild Kingdom.

But all is not lost, because these lessons from the past provide a proven blueprint for the future. As our bandwidth continues to accelerate, a clearly dominant consumer behavior – video snacking – is emerging. In fact, a quick search ofvideo snackingreveals a cultural phenomenon that already consumes more time and bandwidth than any other online activity. Knowing this, we can dispense with our misguided obsession with behavioral targeting and start concentrating instead on how to satisfy the public's insatiable – and growing – appetite for amusement.

The good news is there is one media model that gets it. One company fighting against marketing inertia 60 years in the making. One company that understands that in a limitless-channel, on-demand universe it makes much more sense to let your audience target you. That company is Vidsense, The Video Snack Network. Once you see how elegantly simple the Vidsense model is, you'll wonder why nobody thought of it before. And that's where you'd be wrong, because Vidsense is nothing more than a return to what worked when advertising agencies were named after real people; when a title on the door rated a Bigelow on the floor.

About Mike Einstein and the Brothers Einstein

Mike Einstein began his media career at legendary KPOI radio in the late 1970s, spent four years as a business development specialist with CBS affiliate KGMB TV, and six years as Creative Director of KHNL TV (during which time the department he managed w…