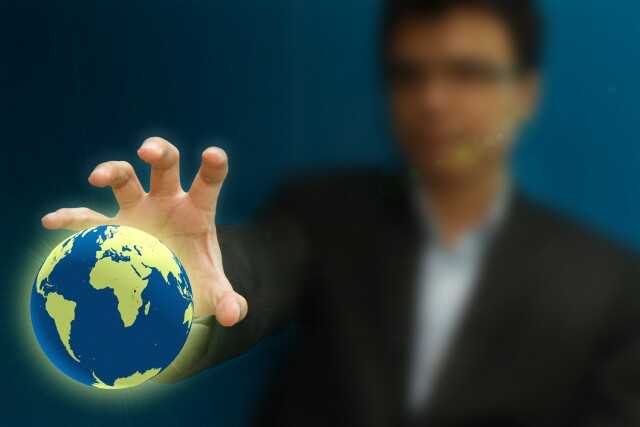 2016 was really a year to test all of us one way or another.  Beloved icons died, anger and resentment determined elections, and what we thought was reality turned out to not be.  Disorientation, death, disruption and depression were all felt by large portions of humanity as the year landed body blows to the status quo.

In a column written seven years ago on Jan. 1, 2010 I named 2010-2020 the Transformation Decade. The dictionary definition of transformation is “a change in form, appearance, nature or character.” Since that column was published I have found that this has increasingly been a useful metaphor for this current decade.  In speeches, corporate retreats, blog posts and columns, and in six books, this definition has helped me successfully frame all the incredible amount of disruption for people experiencing concern, unease, threat and disorientation.

Since my first book was published nine years ago, I have posited that the speed of change has accelerated to the point that it has become environmental, that we live in an environment of change.  It is palpably everywhere.  Five years ago I forecast that if it could be measured the amount of change during 2010-2015 would be doubled during 2016-2020.  2016 certainly reflected that forecast.

We have moved from a time of innovation to one of disruption.  Innovation was a 1990s word.  It now feels iterative in a time of transformation and upheaval.  If you ever wondered what “creative destruction” feels or looks like, we are now living in one of those times.

As a futurist I am extremely excited by all this transformative change.  It is the status quo, the dominance of entrenched interests and conventional perceptions of “reality” that hold back or slow down inevitable change.  Now most everything is being challenged.

At the same time I have great concerns about what could happen.  There is no question that the world is a dangerous place.  It becomes more dangerous if thoughts and constructs from the past -- legacy thinking -- try to either hold back change or try to put it into conventional categories that fit out-of-date world views.

So now we take a look at the big, obvious and not-so-obvious areas where there will be upheaval and change.  This will last for several columns as there are a number of areas to pay attention to and anticipate as you think of yourself, your family, your businesses and humanity in general.

The election of Donald Trump as President of the United States was clearly one of the biggest change events of the year. It brings with it a great deal of uncertainty.  Will he do what he said he would do?  Does he believe in all the positions that brought him to power?  Will he be able to blow up the status quo that caused the frustration that swept him to power? At the moment he is a Rorschach blot figure upon which people around the world are projecting their fears and hopes.  If he is a populist president he will quickly alienate the Republican Party and increase the complexity of any rapid potential reenergizing of the Democratic Party.

While large trends, dynamics and forces can be forecast, the behavior of an individual -- perceived through a somewhat discredited main stream media -- is much more difficult.  My read is that President Trump is ego driven and more interested in being great than being a good Republican.  He will want to show the world that he is different and will always be legacy driven.  He clearly comes from a negotiation mentality, not a political one.  This could be good as disruption or it could be terrible.  There really is no solid footing on forecasting the Trump presidency so all forecasts about economic and geo-political developments for 2017 will have that as a caveat.

The economy will have a good run the first part of the year.  The Fed’s interest rate raise in December will be followed by two additional ones in 2017.  Though Fed Chair Yellen has said it might raise rates four times in the year, I don’t think they will due to the strength of the dollar.

The dollar is getting stronger all the time.  Relative to the world, we are the best block in a bad neighborhood.  In times of uncertainty capital seeks safety and increasingly next year it will flow into U.S. currency and investments.  The rise in U.S. interest rates will challenge both the global equity markets and the global economy.  Many countries and non-U.S. corporations have variable rate loans denominated in dollars.  This is the only reason the Fed might be reluctant to raise rates, as it will further strengthen the dollar.  Its mandate however is the U.S. economy, not the global economy.

The strength of the U.S. economy will tilt the balance of the global economy.

China will continue to struggle to alter the direction of its economy.  As I had forecasted in November 2011, the middle and latter part of the decade – in other words, now -- will be a time when the unprecedented economic miracle of the last 30 years will undergo a significant slowdown.  The central planning of the Communist Party that created the second largest economy is bumping up against the market dynamics of the market it created.  It will continue to act with clumsiness as it struggles to create forms of growth while at the same time trying to stem the capital flight it is experiencing.

Next up: More on the Global Economy