A Futurist's Warning: Buckle Up for the Most Disruptive Decade Ever 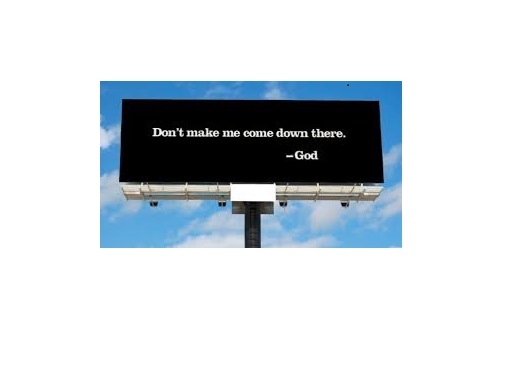 Futurists aspire to identify the fundamental forces shaping the world in order to predict their effects for decades or even centuries to come. It's quite an ambition and they can't be timid. As analysts, they must think big as well as profoundly. As seers, they need the moxie to make judgments without the usual "on the one other hand, on the other hand" hedge. And like the sign on the neighborhood church said—"Bible Study on the Prophets Cancelled Due to Unforeseen Circumstances"— their foresight had better leave room for the unexpected.

David Houle, a former media and entertainment executive whose work has won Emmys, a Peabody, and an Academy Award nomination, doesn't lack courage or imagination in "The 2020s—The Most Disruptive Decade in History," his latest futurist forecast. The first in a nine-book series, the short volume asserts the decade will epitomize what Houle calls "the shift age." Its disruptiveness will come from change so pervasive it presages evolutionary consequences for humankind, not just for how we think and behave in the next ten years.

Houle uses telescoped timelines to help define the shift age. In a brief tour through 150,000 years of human history, a 50-year lifespan serves as his metric. From steam engines to telephones, it took five lifetimes to create the wonders of the industrial age. From the mainframe computer to the smart phone? The information age took just one. His examples epitomize the accelerating change in how we communicate, link to the world, and experience technology. In the 2020s, Houle argues, it will revolutionize our lives in less than a generation.

While sprinting from hunter-gathers to video gamers in a few dozen pages represents a view of the Anthropocene at warp speed, Houle nonetheless successfully tees up his main point. An increasingly complex and technology-driven global society not only is changing politics, the economy and social interaction, but also what it means to be human. That's why in the 2020s, he asserts, breakthroughs in neuroscience and artificial intelligence, the impact of climate change, and new forms of capitalism and democracy will propel our "evolutionary leap."

"The 2020s" is entertaining as well as informative. And the work is a valuable tease, enticing readers to look further at fields such as neuroscience where experts often spent their time explaining breakthroughs in techno-speak, rather than describing in layman's terms their long-run implications if they pan out. In doing just that, Houle casts a wide net. His future volumes hopefully will drill down on subjects like the global economy and the marriage of mind and technology to back up his prognosis for big changes ahead.

"The 2020s" doesn't stint on bold prescriptions about how to handle the decade's disruptions. That, of course, is part of a futurist's role. But ringing the fire bell is one thing, driving the fire truck to the right address another; presenting the evidence that supports calls to action is as important as making the argument about what to do. Ask any journeyman intelligence analyst. Separating the facts from analysis for decisionmakers is one of the job's imperatives. It will be important for forthcoming volumes to do the same.

Take climate change. "Moving to a Finite Earth Economy," Houle's valuable book on the subject published last year, establishes his knowledge. In cataloguing the 2020s' disruptions, he rightly singles out the looming crisis and what to do about it. "The 2020s," he writes, "is the last decade we have to alter our course relative to the planetary damage humanity has caused." His prescription: given our continuing half-steps and mumbling, our fate is only reversible via global cooperation that includes hitting targets light-years beyond any accomplished to date.

Fair enough. But as "The 2020s" also lays out, global warming isn't the only fire on the block. In fact, Houle's environmental prescriptions are followed by equally adamant assertions that the same global leaders must undertake unprecedented reforms in governing systems and the capitalist model. Climate catastrophe or not, who could blame them if they threw up their hands and said, "Now what?" In short, if government leaders are going to respond to Houle's alarms, they'll need to sort their priorities as well as their options based on the facts.

Houle doubtless would acknowledge that his own prescriptions are traveling on the new decade's disruptive road. For example, "The 2020s" calls for reform to create a 21st Century technology-infused version of democracy. Rather than elected representatives, Houle proposes that citizens vote directly on the issues, from welfare, roads and taxes to national defense. If questions arise, apolitical experts would tutor them on the details. The idea, reminiscent of various utopian theories 200 years, would have politicians and parties disappear.

Set aside the fact the Constitution was designed to avoid that format, the performance of social media, arguably our best example of technology-enabled citizen engagement so far, should give pause. In addition to its vulnerability to domestic political manipulation, the last few years is proof our adversaries have made it a playground to subvert the democratic process. Add the polls showing many Americans areconfused, if not ignorant about facts as well as how their government works. Whatever direct democracy's virtues, the last decade's disruptions don't paint a pretty picture of national decisions made from the living room couch.

"The 2020s—the Most Disruptive Decade in History" offers a synthesis of perils and promise. It's a conversation-starter. Houle also encourages readers to look ahead by abandoning what he styles as "legacy thinking"—that is, using history to judge what may happen next. It's a provocative idea, but it's also a big ask. After all, from historians to philosophers, insight from experience shapes our understanding whatever we label it. Consider the Biblical prophets, the futurists' forebearers. Legacy thinkers or not, they've maintained quite a following.

To its credit, Houle's futurism doesn't only look down the road. On climate change, for example, he offers specific proposals to deal with today's challenges as well as the disruptions likely in the decade ahead. And just like the prophets, Houle delivers his message loud and clear. It's not unlike the prophets' warnings shorthanded on another church's billboard.

Don't make me come down there.