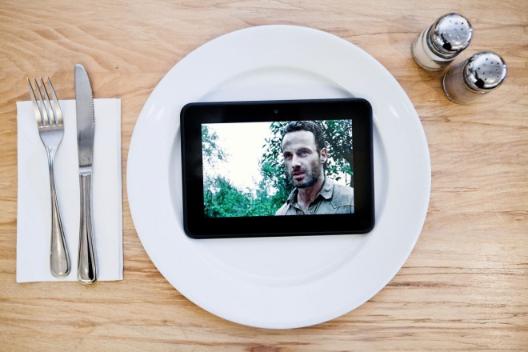 "I am asking the Commission to start a rulemaking proceeding in which we would modernize our interpretation of the term "multichannel video programming distributor" (MVPD) so that it is technology-neutral. The result of this technical adjustment will be to give MVPDs that use the Internet (or any other method of transmission) the same access to programming owned by cable operators and the same ability to negotiate to carry broadcast TV stations that Congress gave to satellite systems in order to ensure competitive video markets."

If the FCC obliges its chairman, the result of this rulemaking proceeding will fundamentally change television distribution. How?

Before we get started, here are some abbreviations, acronyms and definitions that will help with our discussion:

Section 602 (13) of The Communications Act of 1934 (as amended by the Telecommunications Act of 1996) defines an MVPD as, "a person such as, but not limited to, a cable operator, a multichannel multipoint distribution service, a direct broadcast satellite service, or a television receive-only satellite program distributor, who makes available for purchase, by subscribers or customers, multiple channels of video programming."

With this in mind, let's try to imagine a world where anyone... you, me, Google, the Chinese Government, a VC firm, basically anyone with enough money could make a deal to distribute any channel of television over the public Internet.

The key to understanding the preceding paragraph is to define the word, "channel." What the Chairman is suggesting is that linear channels of pre-programmed video be made available to anyone who can afford to license it.

Some linear television channels include: MTV, Food Network, ESPN and Discovery, pretty much any channel you can get from your cable or satellite provider as well as content from the broadcast television networks: NBC, CBS, ABC, Fox and CW.

These channels (some of which are interchangeably, albeit inaccurately, called cable networks, television networks or stations) provide programs in a linear format, as opposed to "on demand," meaning that the programs are scheduled at a specific time.

If a "channel" (which is a colloquial, albeit inaccurate, way to describe scheduled linear content) of programming is available on a current MVPD, this rulemaking change will allow the "channel" to be licensed for distribution over the public Internet, or any other technology. Which begs for the question, "How long will it take for a slight bending of the rules allow for the same content to be made available on the same platforms on demand?" But let's not get ahead of ourselves... the crazy part that's almost here is crazy enough.

Just for fun, imagine a mobile web experience with a pick list. On the pick list is every channel of programming you might ever get in a cable bundle. It's a menu. You pick ESPN for $4.95 and Syfy for $2.99 and Discovery for $3.25, etc, etc. (I'm making the numbers up.) When you're all done, you have access to all of the channels (programs) you really want on any device you own for $50-$75 per month. Will you DVR them? How is that different from "on demand" programming? (Rule bent!)

Yes, you still have to pay for bandwidth (and you will use a lot of bandwidth), but maybe you won't. Perhaps a company like Google or Verizon will decide to sell a special class of sponsorship to brands that want to subsidize your bandwidth for access to your viewing data or special access to your devices or location? Welcome to the brave new world of IP delivered, semi-linear, "Title VI" television content.

We could game this out for hours and not come close to the true number of business model/revenue/distribution permutations. I can't wait!!! I am super-excited about the rulemaking request and I hope that the Commission makes is happen very soon. It's long overdue.

Shelly Palmer is Managing Director, Digital Media Group at Landmark Ventures/ShellyPalmer. He is a trusted strategic advisor to the C-Suite of leading digital media, content, broadcasting and technology firms and a key driver of market, technology and strategic direction, as well as acquisition strategies, for his clients such as Unilever, Travelers, Astra Zeneca, Ford, GE, Fox (21CF), Meredith, Viacom, Condé

An award-winningcomposer, producer, writer and director, Palmer has worked with hundreds of brands, agencies, broadcasters, publishers and tech platforms on advertising and marketing campaigns such as,Meow Mix, Burger King and The City of Las Vegas.

He is the author ofTelevision Disrupted: The Transition from Network to Networked TV 2nd Edition(York House Press, 2008) the seminal book about the technological, economic, and sociological forces that are changing everything , Overcoming The Digital Divide: How to use Social Media and Digital Tools to Reinvent Yourself and Your Career (York House Press, 2011) and Digital Wisdom: Thought Leadership for a Connected World (York House Press, 2013). For more information, visitshellypalmer.com.