A Major Problem with Misused Metrics 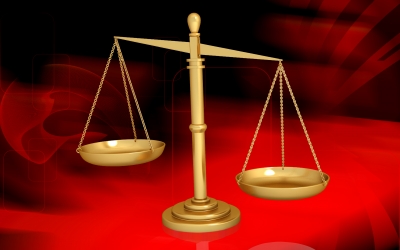 By this time, we are all too familiar with alternative facts and fake news.  I've got a new one for you today -- "fake facts."  Below is a true story about how commonly used media research tools are being misused and faked, to the degree where it is doing many individuals a great deal of harm -- particularly when it comes to class action notification, product recall, or Federal Trade Commission notice, where the misuse of media data and fake audience reports can result in people not knowing they have a dangerous product.

Class action lawsuits and the resulting settlements can affect everyone's rights to know about a dangerous product or to recover money.  A class action lawsuit is brought by individuals who are representing a larger group of people who have similar problems, such as purchase or exposure to dangerous products and /or drugs, e.g., asbestos that causes lung cancer, hair dryers that shoot flames, breast implants that leak and guns that fire without warning. Class actions affect the rights of millions of people annually who can not only benefit from the "social justice" they provide, but who will also lose rights if left unaware and unable to act.

Once the court signs off on a proposed settlement to give class members recovery, media outreach plans are formulated to ensure that the people who have been wronged or damaged hear about their opportunity to collect on their fair share of damages.  This is when attorneys turn to companies called "claims administration" firms who must provide "notice" to the people affected, i.e., the "class members."  But, before a claims administrator is selected, they must provide a bid on the work.  All too frequently, the low bid wins without the lawyers -- or the court who must approve the plan -- realizing how ineffective that notice plan actually is.

Part and parcel to this bid is a media plan and supportive data, which is intended to show the court that the media outreach plan is sufficient to notify the class and reach as many of them as possible.  If there is a direct relationship between the consumer and the offending firm, direct mail (physical or e-mail) can usually solve for the notification requirement.  But in many cases, the product or service was not bought directly from the company.  It may have been purchased online, through a retailer, through various middlemen, etc.  In these cases, mass media has historically been used to reach the class.

Historically (that is before the digital era), notice was fairly simple.  Send mailings to everyone, and recommend print publication or sometimes TV advertising -- which on a combined basis should reach 80% of the target or more.  With the advent of the Internet, traditional media has become less effective by itself.  Numerous digital methods are now commonly recommended, sometimes on a standalone basis, or combined with traditional media vehicles.

Herein lies the problem.  Those who are familiar with digital media metrics understand many of the issues.  These include: two meanings of the term reach; viewability; battling the reality of ad fraud; the myth of frequency capping, and many other issues.  Some class-action administration firms and individuals these firms purport to be "notice or media experts" have taken to misusing (or ignoring) these issues, and misunderstanding other terminology, to sharply reduce the cost of media simply to win the business -- all in an effort to say that they were the most "efficient" bidder.

I have studied examples of several "notice plans" and have found that it is not uncommon for an administrator to swear to a court that a notice plan will reach 80% of a target audience, when in actuality it will reach a fraction of that.  This despite the unaware victims losing their legal rights as a result and in some cases being left in danger of a harmful product.

While there are a few administration firms who have excellent media folks who do use best-in-breed tools and technology, I believe that the real and frightening problem is that there are a number of administrators who use attorneys or CPAs (with limited or no media training or expertise) to develop these important and highly complex outreach programs and report to the courts on a campaign's effectiveness.  The results are that consumers are not being reached or effectively communicated with.  I'll show you some examples and if they make your blood boil like mine, please raise your hand to get involved.  One notorious class action, featured this past winter on 60 Minutes, the Pollard v. Remington case, resulted in only 20,000 claims being filed for repair of 7.5 million rifles that may fire without the trigger being pulled.  Many adults and children are being killed.  The notice vendors, who were lawyers not media experts, erroneously misused media data to mislead the court into thinking that social media impressions and a smattering of radio spots reached far higher percentages of those affected than in reality they did.  There was very little transparency in what was reported.  The court was led to believe that claims were so appallingly low because people "chose" not to claim.

If courts only knew the truth, they would be as concerned as I am that consumer engagement with notice plans is declining rapidly.

After examining multiple cases, there are some clear issues of questionable practices currently being used by some class action administration firms that need to be brought to light so that they are not used in the future.

1)  Misdirection in use of the term reach. In many filings, the reach (cume potential) of a site is stated with the implication that by putting a campaign on the site, these people are reached.c While this can be true of print campaigns, most media practitioners will know that this is not the case.  Actual campaign reach against a specific target must be clearly stated.

2)  Audience data must come from one of the two MRC (Media Ratings Council)-certified digital audience vendors, comScore or Nielsen.  There are cases where audience is quoted based on DMP data, which is fine for targeting but not for reach and frequency calculations.

3)  All reach computations must use total U.S. population as the denominator.  In our analysis, many use Internet or other population bases to inflate their reach estimate.

4)  Frequency capping across sites is a canard.  Many plans purport to reduce cost by only paying to reach each consumer once over a 30-day campaign.  While this is a noble goal, technology and commercial agreements do not currently support this capability across multiple sites or networks.

5)  You can't just make a buy, set it and forget it.  No Internet schedule runs as ordered.  There are impressions that are not viewable, misdirected through fraud, served outside of the requested geography or don't reach the target due to faulty or out-of-date targeting information. Courts need to insist on a post-buy report that shows net delivered impressions and reach against the target audience.

6)  Manual calculations of delivery should not be permitted.  Technology is necessary to count tens of millions of impressions.  Audits such as Nielsen DAR or comScore VCE should be considered for every campaign.  Factors that could be provided include demographics, viewability, digital GRPs, target impressions, R/F actuals. Cost would be +-5%. In addition, filtration for IVT (invalid traffic) should be included. Courts should insist on proof that ads were seen by humans.

7)  Manually combining reach from separate sources when the targets from each source are different should not be allowed.  We don't do it for our clients; why is it permitted where the stakes are so high?  These calculations must be done using fusion products from IMS or Telmar, incorporating underlying data sources from comScore or Nielsen, which can help to normalize the target audience differences or pick a common target.

8)  Media mix must be required.  An Internet-only campaign cannot reach the required minimum of 75-80% of the class. Traditional media will not do an effective job of reaching the younger audience.

9)  Private networks such as those run by agency trading desks are unmeasured and should not be allowed to be included without more transparency as to what the network can do and what their specific R/F contribution is planned to be, how they achieve frequency caps, targeting, etc.  Again, MRC certification and greater transparency is needed here.

10)  Demonstrate media training and experience.  Media today is far too complex and the stakes are too high in class action settlements to do a by-guess and by-golly job just because it's cheap.  The reason that all the problems are happening is that you have people pretending to be media experts.  The courts should not accept a complex advertising campaign from someone who has no direct media training or experience or has only taken a correspondence course in media. Yet it is happening.

11) Analytics for all assumptions should be clearly revealed on all proposals.

Courts should require that all data sources and tools used to report R/F, impressions and other media metrics be MRC certified.  Also, that these data sources and tools only be used for areas where certification exists, not for some other method.  (Media Ratings Council is a congressionally mandated organization that oversees the veracity of ratings and audience measurement in TV, e.g. Nielsen ratings.)

For digital, it should be recognized that buying reach or gross impressions is not enough.  There must be put in place technologies that establish clear proof of performance assuring that ads are actually served to a human being -- as well as viewability, fraud, placement where intended (brand safety) and actual delivery of the specified target audience.  These are the standards that are being presently required by top advertisers.  As such, any notification of consumers should be held to the same standard.

I'm looking for others in the research, tools and data areas to join in with me to register best practices with the federal court system.  Work will be minimal.  Mostly we will need added signatures to a brief that will be prepared in line with the above.