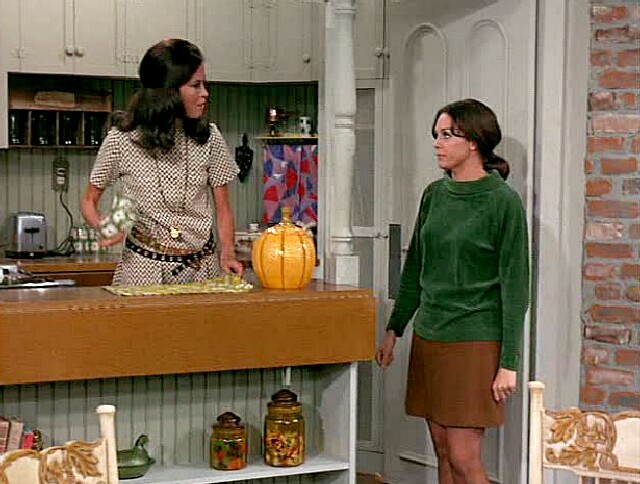 I had not watched The Mary Tyler Moore Show until a friend off-handedly remarked several years ago that she was the Rhoda to my Mary and I thought it was time I got to know the two. Instantly I loved the show and I loved Mary Tyler Moore.

How upsetting it was to lose Mary last week -- a feminist icon gone only days after the Women’s March and weeks after the devastating deaths of outspoken actress and writer Carrie Fisher and Fisher’s celebrated movie star mom Debbie Reynolds.  All these great ladies gone in a one, two, three punch.  I’m close to seeking grief counselling.

In The Mary Tyler Moore Show, Moore’s character Mary Richards faced challenges with pluck, spunk and common sense. She had a signature style that seems both of-the-era but also especially original.  Mary’s iconic hat toss in the opening credits became a trademark of independent 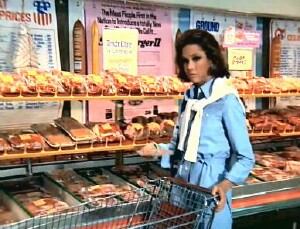 womanhood rivaled only (in my personal opinion) by the eye roll employed in later seasons when Mary inspects the price of supermarket meat.

During the show’s development, Richards was pitched as a recent divorcee.  For a variety of reasons, CBS executives were convinced that such a character would not sit well with audiences, so she was rewritten as a single woman coming off a long-term relationship.

Despite embracing single womanhood and facing issues such as equal pay, premarital sex, birth control and homosexuality, some women’s rights advocates have argued that Mary Richards didn’t go quite far enough.  For example, Richards is the only one in the WJM-TV newsroom who calls her boss “Mr. Grant” rather than “Lou,” as Gloria Steinem pointed out to show co-creator James L. Brooks.

The classic theme song even has an underpinning of self-doubt, closing with the line, “you might just make it after all.”  (One could also make mention of the incredulity intimated by “after all.”)

In many ways, Mary Richards was the feminist that the early Seventies allowed, while Mary Tyler Moore (pictured at top with co-star Valerie Harper) was a feminist ahead of her time.

While playing housewife Laura Petrie on the set of The Dick Van Dyke Show, Moore objected to wearing formal clothes because, as she told TV Guide in 2004, “Women don’t wear full-skirted dresses to vacuum in.”

The show that would bear her name was unusual in that it employed a staff of female writers, who could authentically speak to the issues faced by thirty-something women of the Seventies.  As The Mary Tyler Moore Show writer Susan Silver wrote for Refinery29:  “Mary Tyler Moore came up at the right time of our lives, and her innate goodness and likability allowed us to write some very funny scripts … As an executive producer, she saw to it that many women got a chance in many different departments at the show.”

I think Mary Tyler Moore’s personal brand of feminism is best conveyed in her Academy Award-nominated role as Beth Jarett in the 1980 film Ordinary People.  If you have not seen Ordinary People, just stop reading this and go watch it right now.  It is a movie that grapples with the complexities of human emotion and suffering after a death in the Jarett family rattles Beth, her husband Calvin (Donald Sutherland) and her son Conrad (Timothy Hutton).

Beth Jarrett is a far cry from Laura Petrie and Mary Richards -- she is cool, unloving, disturbed and deeply flawed.  She does not exactly turn the world on with her smile.  The fact that Moore would be willing to take on such a role that would so alter audiences’ perceptions of her and her craft is a mark of bravery that ought to be celebrated.

At 45 years old, Mary Tyler Moore reinvented herself, not because of or in spite of the fact that she was a woman, but because she embodied the type of “nasty woman” courageousness that is very en vogue of late.

Moore lost the Academy Award that year to Sissy Spacek who won for her performance in Coal Miner’s Daughter.  Spacek is indeed very good as country star Loretta Lynn, but let Moore’s loss be remembered as one of the greatest show-business tragedies of the early Eighties.  For all that’s been said of late about Mary Tyler Moore as Mary Richards, do not forget Mary Tyler Moore as Beth Jarrett, which demonstrates the scope and genius of her work.

Moore was a subtle feminist who gently pushed the envelope, maybe not on behalf of women everywhere but on behalf of herself -- and we are the better for it.  She was ahead of her time in that she seemingly acted without an agenda, but rather with practicality and good sense.  Laura Petrie did not put the vacuum in the closet but she drastically changed her attire.

As the late, great Nora Ephron wrote when The Mary Tyler Moore Show concluded its run in 1977:  “Okay, Mary.  I'll keep it short and sweet. Thanks.  You made it possible for millions of Americans to stay home on Saturday night and not feel they were missing anything.  For that alone I love you.”