A Multidimensional Look at TV Advertising:  Chess Anyone? 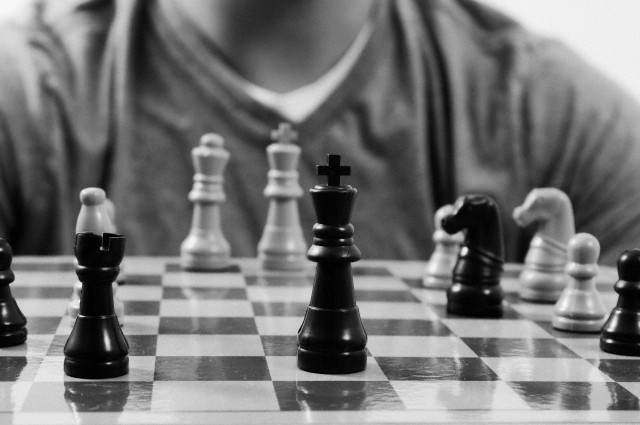 I don’t know about you, but I’ve found myself making a lot of references to 3D chess lately when discussing the current state of television advertising.  Maybe I’m just weird, or know too many people from too many sides of the business, but in this age of convergence it’s becoming clear that, actually, there are no longer any “sides” at all;  just one vertical, multidimensional “stack” making the game harder to  play -- and harder to win.

Where to start? How ‘bout level one?

As the saying goes, all television is video, but not all video is television.  Television is still synonymous with long form, linear storytelling, shot with one or more cameras and possessing certain levels of technical quality, or production values, as we like to say.

Meanwhile, video has moved beyond the old tape or binary medium for capturing audio and video information to now becoming synonymous with non-traditional, short-form social entertainment, a la YouTube -- with production values only as shiny as they need to be for a given audience.   In fact, some of today’s most popular YouTube Video series, like “Smosh,” “Super Carlin Brothers,” “Markiplier” and “PewDiePie” (sorry, had to say it) generate tens of millions of views -- let’s call them impressions -- every month.

Sure, there are some challenges when trying make apples-to-apples comparisons between YouTube and television, but these are still regular, bankable numbers that The CW or any young skewing cable network would love to have.  Since advertising chases attention, the business of television and video are merging to become the business of T/V; a brilliant moniker that when spoken out loud conjures up the historic gravitas of “TV” complete with images of “The Tonight Show Starring Johnny Carson,” “Knots Landing,” “Sesame Street” and “The Walking Dead.” When expressed in print, T/V optically communicates the parity that video now enjoys alongside television as an advertising medium.

All T/V is either “linear” or “on-demand.”  Linear (traditional broadcast, cable and satellite television) is funded through advertising and/or subscription dollars, while on-demand is either subscription supported (SVOD) or ad supported (AVOD).

Which brings us to level two.

Having moved beyond just diaries and people meters, the Nielsen Company -- the industry’s baseline for measuring all things ad supported -- is now rolling out more sophisticated means of championing total audience measurement across multiple platforms and devices.  This is important, and long overdue, but has little to do with Nielsen’s true value which actually lies within its role as common currency, allowing all the players in the TV ecosystem -- namely incumbent networks and advertisers -- to agree on a metric for economic exchange.  This is why Nielsen will never be “toppled by a competitor.”  In a $70 billion television economy there can only be one currency.

That said, Nielsen only represents the horizontal “X” axis in a larger X/Y audience measurement universe.   Blue chip advertisers like those in the consumer packaged goods, automotive and big pharma categories must still  plan, buy and post their multi-million dollar television campaigns against Nielsen’s catch-all Uber metric as there’s really no other way to control that much money over such a long spending cycle (often 24 months from planning to posting).    These big spenders and de facto underwriters of traditional linear television are more or less stuck with the blunt metrics of household ratings and demographic categories like “women 18-49.”

Long a standard practice on the web (a.k.a. automated behavioral marketing), this idea of finding customers and prospects based on where they are instead of where broadcast and cable networks think they should be is now coming to television courtesy of the big data gleaned from digital set-up box information productized by companies like comScore/Rentrak, TiVo/TRA and Simulmedia.   In short, what worked for advertisers on the web is now coming to television.

That takes us to level three.

The digitization of the media industry, television now included, has created fabulous advances in the accuracy and efficiency of advertising and audience measurement.  Unfortunately, it has also spawned a rat’s nest of complexity and fraud.   To understand complexity, one need look no further than Lumascapes for different views of today’s digital video landscape.  Hundreds of companies of varying ages, shapes and sizes; some competing, some cooperating, but all fighting for their share of attention dollars.

As for fraud, a recent ANA/White Ops report in 2015 found that anywhere from 3% to 37% percent of advertisers’ display ad spending had fallen prey to “bots,” while roughly 25% of all video ads suffered the same fate.  In 2015, fake traffic cost the advertising industry $6.3 billion.  Maybe a small sum today, but as CPMs for display and search ads continue to fall (also aggravated by dueling demand and supply side servers systematically commoditizing inventory) premium ad dollars will continue to move to video Unfortunately, so too will the ever more sophisticated versions  of fraud.  And sure, ad spending on digital video is only about a $10 billion space at the moment, but it’s on a double digit growth curve, and when we fold in broadcast, cable, satellite, mobile and OTT, the “blending” of all T/V ad measurement will be harder and harder to follow -- and that’s assuming the ads running over these rails are even being seen!

Meanwhile, the target of all this ad noise, the consumers, have voted with their feet, or eyes in this case, effectively saying “we don’t want ads anyway.”  Indeed, one of the baseline paradigms of the digital age is that, ultimately, the consumer is in charge and will use technology to fine tune his or her own preferences and experiences.  Too many ads?  Fine, we’ll turn ‘em off.

According to Adobe/PageFair, ad blocking grew by 48% last year (or roughly 45 million active users). As far as many web/mobile users are concerned, the old “intrusion” model of advertising is over; it’s just going to take a while before the big agency holding companies are willing to admit it.

Alternatively, SVOD platforms like Netflix, Hulu and Amazon are immune to the problem.  They have high-quality, long-form film and/or television programming that users are willing to pay for.  They’re closer to the TV end of the T/V spectrum and quite comfortable mining their own “big data” in support of their own in-house audience measurement, forecasting and program acquisition/development budgets.

But not everyone is going to pay for all the video they want all the time. Any MCNs or video-based sites/channels with paid subscription tiers already know this.  So the key question becomes, how can today’s publishers and advertisers make AVOD work when its key supporting elements, namely viewable ads, seems doomed to fail?

At the industry level, standards bodies like the IAB are helping tidy-up the desktop and mobile video advertising space with viewability and verification supports built into modern video players (VAST, VMAP, VPAID etc.) while slow but steady progress from the broadcasting community (ATSC 3.0, ASPEN, AIMS, EIDR and Ad-ID) is also helping put edges on how linear television will find its way into the T/V cloud.

However, some kind of universal respect for consumer attention will also somehow need to be baked into this same development path; a path that will need to include the dismantling -- or circumventing -- of the current ad tech ecosystem, and replacing it with a dramatically more streamlined, transparent, viewable and measureable solution.

But it’s hard to tell if there’s enough pain to make any or all of this happen anytime soon.  How many billions of dollars in fake advertising will have to be lost to dubious supply and demand side server farms before the inflection point hits?  And even if the traffic is sourced and authenticated, are all the commissions doled out to agencies and ad exchanges  -- the middle men and gate keepers wedged between advertisers and their customers -- worth the fees when software and algorithms are doing all the heavy lifting?    And why fork over the commissions when all these third parties are doing is just coming up with more ways to drive away more eyeballs?

Maintaining the integrity of an ad supported T/V experience in an increasing on-demand world is the game at hand.  As we can see, it has many layers, players and challenges.  From a distance it seems confusing and hard to play.  But within its multidimensional matrix of choice and noise, a clear “signal” is waiting to emerge, and when it does, we’ll all find new ways to play -- and new ways to win.