A New Paradigm for Selling EVs 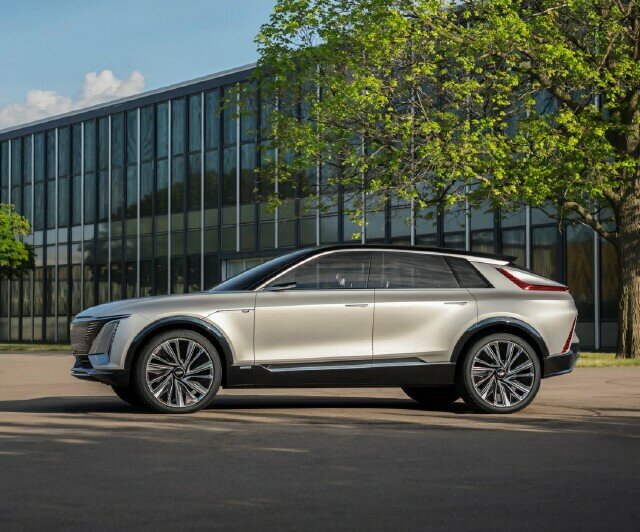 According to a new Pew Research Center survey, only seven percent of American adults say they now own an electric or hybrid car, and 39 percent say they were either "very" or "somewhat" likely to consider buying an EV. There are 1.8 million EVs registered, as of 2020, and that's three times as many as in 2016, but it's still not the kind of transformational switch that's needed for the planet's sake.

So where are the EVs? An amazing 44 percent are in China, where the government has mandated a switch to electrics. And another 31 percent are in Europe, thanks to a big push from the European Union. The U.S. has just 17 percent of the vehicles on the road, and the 231,000 EVs sold in 2020 represent just two percent of the overall market.

Clearly, the market needs a push, and some bold strategies on the part of automakers. Right now, EVs are a loss leader, and hardly a profit center. As Jim Henry writes at Ward's, "Analysts and investors worry about what analyst Mark Wakefield of AlixPartners calls a 'profit desert' the auto industry has to cross -- the unknown number of years automakers will be pouring billions of dollars into electric vehicles and autonomous driving before there's enough consumer demand to produce an adequate payoff."

Wakefield concludes, sensibly, that "all automakers are going to have to cross that 'desert' and hope consumer demand and sales volume eventually generate enough profit." Considering that nearly every automaker is switching to EV-only production, if they can't make money from electrics then the whole industry would fail. Which isn't going to happen. It's just that a lean period is ahead.

Here's one way of looking at it. There are several reasons for the slow U.S. sales, with range and high prices being two. But another one is a disconnect at the dealer level. Automakers are starting to advertise their EVs, mainly with fuzzy lifestyle branding, but they're not getting the memo at the showrooms, where the EVs are in a corner, if they're there at all. One Connecticut customer searched in vain for a Volkswagen I.D.4 last week, and another had an equally exasperating experience buying a Mini Electric.

Mike Stanton, CEO of the National Auto Dealers Association, claims that dealers (who are fighting a pitched battle against direct sales of independent EVs) aren't against the cars -- citing Cadillac as an example. Cadillac is one of those brands switching to an all-electric lineup (along with Volvo, Jaguar, Bentley and others), and required its dealers to invest $200,000 in charging infrastructure. More than 80 percent did, he said, proving their buy-in.

But that's not the situation on the ground today, where one or two electric models have to compete with a full line of gas-guzzling SUVs with more obvious incentives for the salespeople. Cadillac won't be all-electric until 2030, and it's 2023 Lyriq EV (pictured at top) will still have to compete with the company's internal-combustion last gasp. 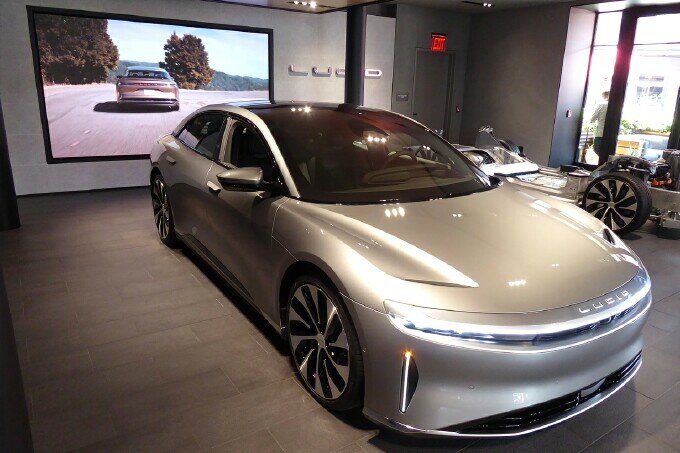 Dealers are actually fighting EV sales, by lobbying against states allowing direct sales by startup automakers, including Rivian, Lucid and Bollinger Motors. There are still around 20 states that are direct sales holdouts. It's interesting that Tesla's strategy of creating a network of studios in upscale markets to educate the public has been widely imitated. One such studio, for Tesla competitor Lucid, opened in New York last week (photo above). The approach is partly forced by those state laws forbidding actual owned-and-operated showrooms, but it seems to be working. In 2020, an amazing 79 percent of EV sales was via direct sales. Franchised dealers sold only 44,902 vehicles.

A Sierra Club survey in 2019 found that 74 percent of auto dealerships nationwide aren't selling electric vehicles at all, and at 28 percent, "salespeople provided no information at all about how to charge an EV." Another 31 percent had salespeople with no information about state and federal incentives (which are substantial, as much as $10,000 combined in some cases).

So what to do? Here are some marketing suggestions from the experts (including me):

The whole problem of marketing EVs will eventually become moot, because when all cars are EVs (around 2035 or so) we'll be back to the usual issues of simply marketing cars.