A New Stage of the Global Economy is Beginning -- Part One 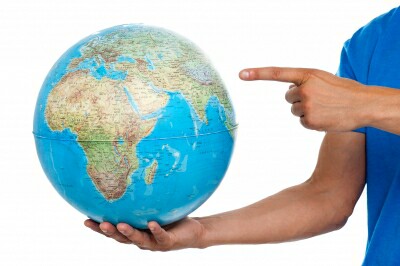 As a futurist I look at the world of economics through different filters than do economists. I am certainly not trained as an economist or as a financial advisor. I write this disclaimer as I am frequently asked about “the economy” and long term investments by people wanting to better invest their money.

Dividing economics into the classic Macro and Micro Economics, my speaking and writing on the subject might fall into the category of Ultra Macro Economics. I view the global economy through the lens of ages, trends and technologies. Large scale, long term patterns and dynamics that will largely shape the economics of humanity, countries and markets are what interest me. Media outlets -- and economists -- all weigh in on the latest government economic policies, markets and event-triggered volatility, as this constitutes “news.” I seek to discover and see the larger forces that in many cases are underlying and predictive of what the subsequent “news” will be.

During the course of this year I have developed a view that the “global economy” that is now some 25 years old has ended its’ first stage and a new one is beginning. As we move from 2014 into 2015 and then 2016 there will be fundamental shifts in both the global economy and almost equally importantly, how we perceive it. By 2017 this view of the second stage of the global economy having begun will largely be held by economists, business, media and, hopefully, governments.

A Quick Look Back

China tentatively opened up and began its outward facing view of economics in the late 1980s. The Berlin wall came down in 1989. The Soviet Union imploded in the early 1990s. The Eastern Bloc was no longer. These events were the political beginnings of the global economy.

The 1980s and 1990s saw the explosive growth of ever more powerful and ever more affordable personal computers. The fax machine was introduced and sped up communications. The 1990s was the decade when the developed countries of the world embraced the Internet and it’s growth exploded. There was now a reality “on-line” to be layered on top of the physical reality. Content was beginning to be converted from analog to digital. Finally, and perhaps most importantly, cell phone growth exploded. It took 20 years to go from 0 to 1 billion cell phone users in 2002. It then took 4 years to get to 2 billion in 2006, two years to reach 3 billion in 2008 to now, when the number is more than 6 billion. These were the technological underpinnings of the global economy.

The time from 1990 to 2005 was when it became clear that humanity had entered the global economy. China and other countries provided profoundly lower labor and production costs, multi-national supply chains were put in place and previously protected national economies were hugely disrupted. This 15-year period was a painful time for the previously secure national economies of the developed countries and an intoxicating time for the countries joining the rest of the economic world for the first time since WWI. It was clear then that the legacy economic thinking that had been in place for the four decades after WWII was in disarray and could not clearly comprehend what was going on with this historic economic shift.

In one of the first blog posts I made back in February 2006 I pointed this out relative to the succession of Alan Greenspan by Ben Bernanke. Greenspan was a product of the post-WWII western economy when the pushing of buttons and the pulling of levers of the distinct U.S. economy had clear results. At the end of his term it was clear that he was only beginning to realize that something was going on that he hadn’t fully understood: a new, integrating global economy. As I wrote in that column, Bernanke would be the first Fed Chair to start his tenure with the global economy in place.

This new expanding view of the rapidly integrating global economy took root between 2005 and 2014. The use of the word global superseded the words international and foreign. We all understand that economics had gone global and that, regardless of the pain it imposed on some and the disorientation it created almost everywhere, it was here to stay.

As a futurist who sees human evolution through the lens of ages [thank you Dr. Alvin Toffler, the greatest living futurist, for shaping my thinking on this] it was clear to me that the transit from the Information Age to the Shift Age would include some harsh economic reorganization.

In August 2007 I wrote a column titled “It is All Global” where I forecast that the beginning of what would become the Great Recession was being triggered by global connectivity and interrelatedness. It became clear to me that the 2007-2011 recession was a reorganizational recession between the Information Age and the emerging Shift Age. In the dark year after the collapse of Lehman Brothers I was told by literally dozens of CEOs that this idea was the first one they had heard that gave them any context with which to understand the deep recession they were trying to lead their companies through.

This reorganizational recession ushered in both the Shift Age and the final part of the first stage of the global economy. I will look at the global economy since 2011 and the transition to the second stage of it in the next column.

David Houle is a futurist, strategist and speaker. He has always been slightly ahead of the curve. Houle spent more than 20 years in media and entertainment. Most recently, David is a featured contributor to Oprah.com. Check him out here www.oprah.com/davidhoule. David can be contacted at David@DavidHoule.com.