A New Stage of the Global Economy is Beginning: Part Two 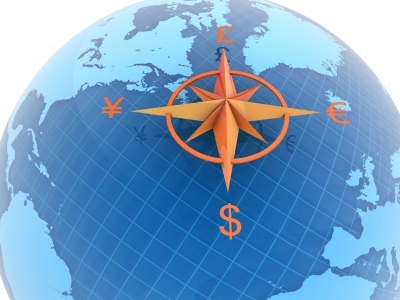 We are entering the second great stage of the global economy. The last column here looked back at the foundations of the global economy up to and through the reorganizational recession of 2007-2011. We now look at what has happened in the years since and begin the look into what the next stage might look like.

Out of Date Metrics

The economic metrics from the last century, to some degree, no longer accurately measure global economic reality. I remember speaking across the United States and around the world in 2010 and 2011, the years after the economic thought leaders in the U.S. had determined that the Great Recession had ended in 2009 because the traditional metric of two consecutive quarters of growth had been met. Speaking largely to business audiences of CEOs and entrepreneurs, they almost laughed out loud that the recession had been called as over. Pain was present, debt had become a four letter word, profits were nowhere near where they had been four years prior and unemployment was still in the upper single digits in the U.S. and in the low double digits in other developed countries. It sure didn’t feel like a recovery. It sure didn’t feel like the recession was over. Reality and the “official” economic analysis were no longer connected.

What struck me was that most economists and politicians were making claims and forecasts based upon the GDP of countries. That was due to the trailing ability to measure and believe in national economies. To paraphrase a well-known phrase in response to this prognosticating: “It’s the Global Economy stupid!”

Since the recession had, in large part, been triggered by the unprecedented interconnectivity of the global financial sector, how could we ever look only at national economies in isolation again? That old economic worldview that a recession is a finite measurable time followed by a period of consistent and increasing GDP simply no longer had relevance. Any national economy could, and still can, attempt to measure itself solely based upon a national viewpoint, but this largely casts the global economy into the import and export set of numbers. How quaint and limited a way to categorize both global interconnectedness and economic interdependence!

A major economic development in Europe or China has profound effect on the U.S. economy. The terms “goods” and “services” now have a huge, digital, on-line component to them that respects no political borders. An event in the Middle East or Eastern Europe can have a greater impact on U.S. equities markets than a slew of quarterly earnings reports.

So as the first 25 years of integration into a global economy ends, we have to let go of this now contrived view of any economy as being clearly and distinctly being national.

So where are we now as the new stage of the global economy begins?

Europe is not growing economically and the Euro is still in question. In February 2011 I made a forecast and stated again in a column in November of that year that the “Greek debt crisis” might be the death rattle of the Euro. In April of that year I forecast that, “Europe and specifically the Euro zone will be a no growth economic zone for the better part of the decade to 2020. Recession, deleveraging and legacy policies of the 20th century will be the causes.” This is now clearly the reality, seven years after the reorganizational recession began.

China, the clear new major economic power of the global economy’s first stage, is now entering a time of disruptive and difficult growth. The central planning that was largely responsible for creating this economic powerhouse is now having to deal with having created a market economy that is driven by forces not easily controlled by a centralized single party state. Market dynamics and rapid growth have not only created this tension but also caused incredible environmental degradation. The most polluted cities in the world are Chinese. There are repeated health scares. The days of easy and rapid economic growth are over.

Southeast Asia is in a growth mode but filled with tension relative to China. Japan is trying to find out again what growth means and India is again making sounds of a waking giant that may or may not be ready to undergo the deep economic transformations necessary for it to become a truly influential part of the global economy. Africa continues its tribal and ethnic difficulties while becoming an increasingly important supplier of minerals to the world.

Natural resources, their finiteness and, in the case of fossil fuels their damage to the biosphere are a much more important factor at the end of the first stage of the global economy than they were 25 years ago.

So here at the end of the first stage of the global economy the world is a profoundly different place than it was 25 years ago. The new and fast growing new participants are now largely integrated. The underlying connectivity is vastly greater than it was back then. The first stage of the global economy was largely the creation of it. The new stage we are entering is how it becomes ever more interconnected and singular.

In the third and final column on this subject I will suggest what the second stage of the global economy might look like.