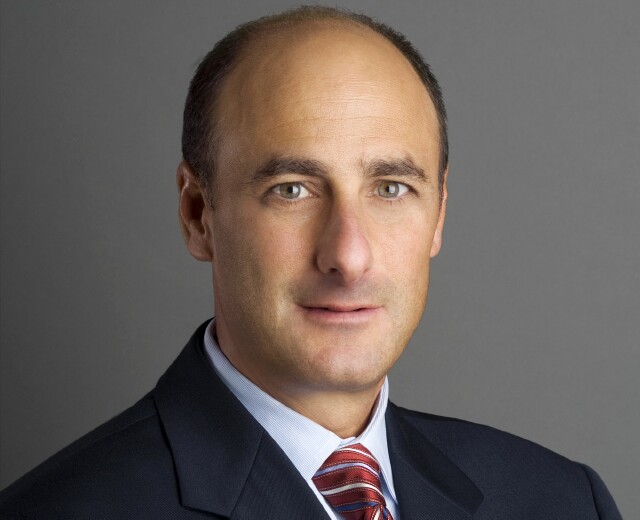 Jon Diament, Executive Vice President for Turner Sports Ad Sales, is confident the unit’s combination of high-profile events, schedule consistency and digital extensions will again resonate with the marketplace.  Over the past decade, the profile of sports and its largely live audience has ascended in the ratings, while entertainment fare has receded in the face of DVR- and other time-shifted viewing.  Diament points out that during the 2006-07 TV season, sports accounted for 34 of the 100 highest-rated TV shows, a figure that grew to a massive 93 last TV season. “The audience behavior has changed,” he said. “Viewers are watching entertainment programming on their own schedules on different platforms.  That makes sports an even more important part of many marketers’ plans.”

Turner Sports proffers live viewing and engagement across a lineup that features Major League Baseball and the National Basketball Association (including expansive playoff coverage for both sports) as well as the NCAA men’s basketball tournament, Diament explained.  “We’re selling games that truly matter from the fourth quarter through the second quarter. We have consistent offerings with strong live ratings at different times of the year.”

With regular-season MLB games and golf’s fourth major, the PGA Championship, also part of its lineup, Turner also has a linear TV presence in the third quarter as well.

Diament said Turner is looking to “connect with marketers who want to activate around Bleacher Report and today’s 24/7 sports culture.”  While linear TV presents the “games between the whistles,” he noted, Bleacher Report helps Turner add value to sports before and after the games themselves.  “With Bleacher Report, it’s not just about the win, but the celebration and commentary afterward,” he explained, noting that Millennials don’t gravitate toward highlights as much as previous generations of sports fans. “They want the lifestyle coverage.”

Turner as a company is looking to limit commercial load, reducing the number of ads in TNT and truTV original programming as part of its commitment to models and branded content offerings that it believes will generate higher ratings and help advertisers stand out amidst escalating clutter.  On the sports side, TNT tipped off the "super-pod" during its Monday night, players-only NBA telecasts throughout the latter stage of the regular season. The three-minute ad breaks featured two minutes of branded content, highlights and analysis, followed by a pair of commercials from a single sponsor.  The play has been extended into the playoffs, with Area 21 segments, hosted by former NBA All-Star Kevin Garnett, showcasing branded content.

Turner Sports is open-ended about deploying super-pods within its MLB, ELeague and NCAA basketball tourney properties.  If the NCAA and Turner’s co-rights holder CBS “checked all the boxes, I don’t see why we couldn’t use [super-pods] in March Madness,” Diament mused. “It’s better for the sport, clients, fans and viewers.”

ELeague, the eSports gaming organization owned by Turner and IMG, is now in its third campaign with Street Fighter V Invitational. Its digital coverage is available on live.eleague.com, Twitch and YouTube, and has brought younger viewers to TBS during its late-night telecasts on Fridays.  Working with IMG, Turner Sports is also involved with naming rights, athlete representation and establishing events.  “We evaluate things holistically, not just in terms of selling advertising packages,” Diament said.

Looking at the national pastime, Diament noted that it’s too early to assess the status of MLB ad sales. “We don’t have a lot of regular season games” he explained.  “We’re always solid with the playoffs, [but] there is a limited amount of inventory.”

Under the current rights agreement in which Turner and Fox rotate circuits during the playoffs, Turner will air the National League Wildcard Game, Division Series and Championship Series in 2018.  “It would be nice to have the [Chicago] Cubs,” Diament said. “They did great ratings for Fox last post-season.”

As the NBA playoffs migrate from the second round toward the conference finals, Diament reported that Turner, including its Emmy-winning Inside the NBA studio show, is in a strong ad sales position, with 90% of its inventory sold.  He said units are held back to accommodate the number of games that are televised as series sweeps occur.

As part of national rights rotation with ESPN, Turner has the Eastern Conference Finals this year, and has inventory put aside to capitalize on higher-pricing opportunities.  “A Cleveland-Boston matchup would be nice,” he said.  “Companies that have associations with the teams may want to get involved.”  (At press time, the Cavaliers have fulfilled their part, sweeping past Toronto to reach the Eastern Conference Final.)

Asked about the perception that the Western Conference is stronger and Golden State the most popular team (the finals generated record cable ratings) Diament issued this disclaimer:  “If the West were the best Golden State would be the defending champions, not Cleveland.  Lebron James is the best player in the world.  We’re going to do just fine with the Eastern Conference Finals.  There is a lot of interest and there are a lot of advertisers.”

Turner Broadcasting System will hold its Upfront presentation to advertisers on May 17 at The Theater at Madison Square Garden.