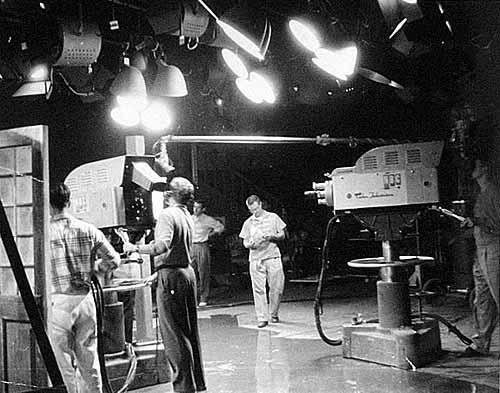 Now that we're in the throes of a scripted content explosion, NBC's top executive believes it's time to ramp up a revival of what triggered the first scripted explosion in the medium's history.

That trigger, raised at the tail end of the Television Critics Association's summer tour in Los Angeles last week, is live drama series. For roughly the first decade of TV's existence, over the late 1940s to the late 1950s, drama dominated primetime lineups.

One night might have included Big Town or The Web with a set cast of characters and storylines, while another offered prestigious anthologies with new plays and stars week after week, such as Playhouse 90, Kraft Television Theater and Studio One, coming at you live from New York or Los Angeles. Genre anthology programs were in vogue as well, be they Lights Out, Dangeror Tales of Tomorrow.

In NBC's case, live primetime drama made an impression on daytime drama. For three years plus in the mid-1950s, the network produced Matinee Theater, bringing the curtain up on a new hour-long play, five days a week, 52 weeks a year, on a modest budget. The idea was ambitious and so was the range of material. Look at this Matinee Theater production on YouTube of the classic Edgar Allen Poe tale The Fall of the House of Usher. Bet you will be surprised by it.

Lately, as in the last decade, NBC has taken the lead among the broadcast networks in going live at night. First came talent/variety competitions such as America's Got Talent and The Voice, and December musicals the last two years with The Sound of Music and Peter Pan, with The Wiz slated this December. For a second act, NBC is taking a bigger live bet this fall, bringing on Best Time Ever with Neil Patrick Harris, originating from New York Tuesday nights, and turning Undateable from a filmed sitcom to live telecast on Fridays.

In comes Bob Greenblatt, NBC's chairman of entertainment programming and self-professed live television advocate. With no prompting from TCA attendees at his presentation, Greenblatt disclosed a desire to launch a live drama series. He's explored the idea with a few producers, and if the right idea and logistics come together, NBC will go forward on that course next fall.

No doubt from this corner that the idea and logistics can come together. We've got the benefit of technology to pull it off, via mini-cams, GoPro cameras, computer graphics, satellites and drones to originate a program from anywhere. There's no shortage of writing, directing and acting talent. Plus the anthology format in its original setting -- new story and players every week -- is a perfect avenue to create outstanding live TV.

All it takes is someone willing to respond to Greenblatt and fire up some economic and creative imagination. What say you, Shonda Rhimes? Or Dick Wolf? Or Ang Lee? Or Spike Lee? Or the next great TV generator out there? Are you willing to turn this possibility into reality next fall?