By Simon Applebaum October 08, 2015 Tomorrow Will Be Televised Archives 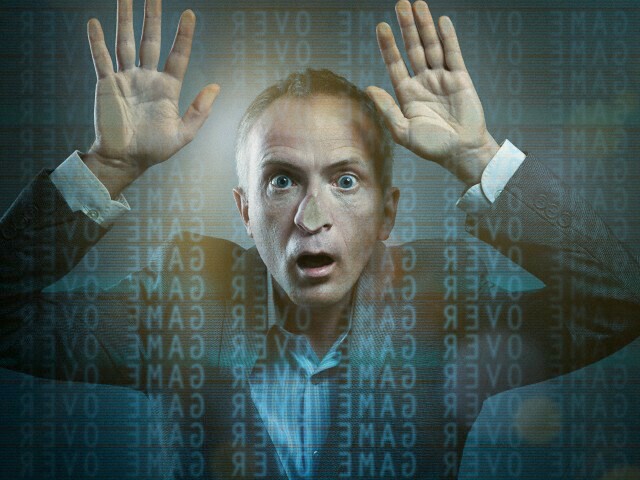 Enough was enough for the Interactive Advertising Bureau last week over the matter of ad blocking among Internet sites. They actually disrupted their own contribution to Advertising Week, attended by more than 1,300 people, to bring this matter to, in IAB's instance, a long-overdue head.

On one side of this coin, ad blocking comes off as consumer-friendly tech which keeps unwanted displays and messages away. On the other, Web sites, especially start-ups, lose the advertising revenue they competed against other media for, when the placement of those displays and messages are unseen by Web viewers. IAB believes Web sites will lose more than $22 billion this year as ad blocker activity grows by 48 percent over 2014.

Amid a day headlined by “Late Night” host Seth Meyers, Hulu chief Mike Hopkins and YouTube CEO Susan Wojcicki, IAB president Randall Rothenberg asked a trio of Web entrepreneur newcomers in the audience to stand up and detail their ad block dilemmas. All three expressed their frustration with the scene, more with the companies providing the block mechanisms (and being so public about it) than consumers. Later, they joined reporters upstairs to witness an IAB press conference on further action being considered by the association.

Several legal options are on the table, none set to be executed, Scott Cunningham, leader of the bureau's technology lab, explained. For now, the “block the blocking” recourse will consist of increased consumer education, detection tools for Web publishers and experiments with software solutions.

"It's time for us to double down," Cunningham declared. "We don't want to see highway robbery taking these sites hostages."

One solution that is right under the noses of both Internet players and the IAB is to encourage sites to move quicker into formats suited for display and use on smart TVs and smart TV-making devices such as Roku, Chromecast and Apple TV 2.0. With the public embracing these sets and devices in bigger numbers and Web-originated services like AirBNB, Zillow and Orbitz going into smart applications, this could be an avenue that compensates, at least in the short term, for revenue losses elsewhere. What's more, by reaching out to the likes of Apple, Samsung, LG, Roku, Google, Amazon and Nvidia, those institutions (separately or banding together) could reach back to IAB with advanced technologies able to reduce the ability of the ad-block professionals.

Cunningham and the Web site officials at the press conference see only small value right now in pursuing this course. What matters at the moment is to support the existing platform, aka the Internet.

However, if Apple CEO Tim Cook's declaration that the future of TV is apps gets the expected traction over the next year or so, the Web community and IAB might go into rethink mode. Keep in mind that, given the status some of the smart crowd keeps as pro-consumer tech makers (like Apple and Amazon), they might come up with a solution winning out with both Internet creators and users anywhere.

The direction is worth investigating right now. All involved might be surprised with what turns up.