A Visit from Uncle Joe 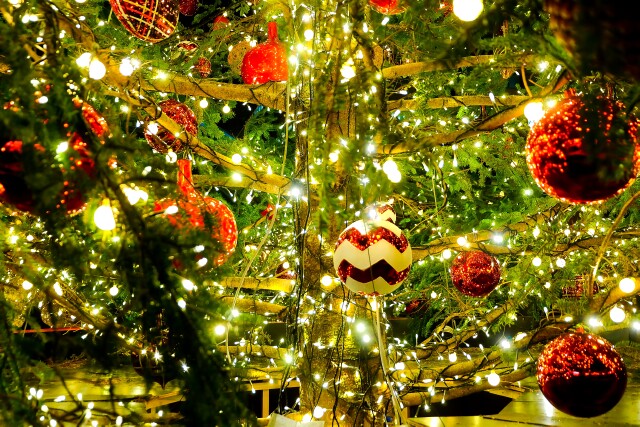 MediaVillage is pleased to continue a popular tradition with the publication of Steve Fajen’s annual holiday poem below.

'Twas the month before Christmas as votes trickled in,

'Till Pennsylvania announced and celebrations begin.

Trump said Uncle Joe could win on a fix,

But he won by Trump's landslide of three hundred and six.

That's two in a row they didn't get straight.

Still Trump hung grievances by the chimney to air,

In hopes that St. Nicholas would even care.

He wouldn't brief, not a normal condition.

Replace Dem electors who got in his way.

The courts put the recounts and suits all to bed,

Then visions of monarchy disappeared from Trump's head.

Militias and rallies made such a clatter,

But in the end, it was Black Lives that Mattered.

From Wuhan to Seattle in one COVID sneeze,

Then on to New York with few PCPs.

The virus had spread all over the map,

So we settled in for a long COVID nap.

Cuomo updated a country in shock,

And we all applauded at seven o'clock.

When what to my wondering ears did I hear?

A twinkling of chloroquine for COVID-19.

Try it with light, until the vaccine.

He meant immunity, but don't get uptight.

From last to first it all seemed so quick,

I knew in a flash it wasn't St. Nick.

The others departed, let's call them by name:

Step aside everybody; let Harris compete!"

Then Lafayette Park and a knee on the neck,

Seven fifty in taxes, the market's a wreck.

Impeachment had failed, though surrounded by crooks,

The hypocrite Turtle and Elephants cheer.

You're asymptomatic, join a rally instead.

He's not responsible while we huddle in rooms,

Distanced with friends via digital Zooms.

Then POTUS got COVID, you don't have to ask.

He deserved what he got for not wearing a mask.

The scientist "idiots" told him to fear.

I nominate Fauci as Man of the Year.

He's got lots of words in debate from his mouth.

Now there's something I thought that we'd never see.

She was frail and thin yet held on so long.

With Q-tips up our noses we can stay out of trouble,

If we choose to live in the NBA bubble.

So heal the country next year, get to work,

We got Uncle Joe and got rid of the jerk.

Long lines to vote and for food -- but take heart!

Let's listen to neighbors and why they are mad.

That we disagree does not make them bad.

But they must hear, too, and not just go shout.

Both sides must agree to figure it out.

Thank the doctors and nurses and every last clerk,

Who throughout 2020 did all of the work.

Thank the nerds in the labs who fought COVID-19.

They're the heroes who worked to make a vaccine.

“Happy Christmas to all, and to all a good night!”