A Word or Two about Judy McGrath... - Jason Hirschhorn 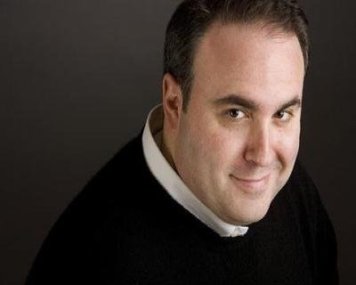 Last Thursday brought us the news that Judy McGrath, Chairman and CEO of MTV Networks, had resigned.

I've known Judy for a little over 11 years and admired her for many more. We met in 2000 when I sold my company Mischief New Media to MTV Networks. We've been friends ever since.

Yes, I was friends with my boss.

That sometimes made it more difficult to have debates and disagreements... and we had many as I was a big pain in the ass back then. I actually thought all those television channels were there to promote our websites and mobile products. But that was the culture that Tom Freston, Judy and the rest of the management team fostered.

What many don't realize about the history of success of MTV Networks is that culture is the key ingredient. It's a different kind of place. It's not something you see in a spreadsheet or budget. It's a respect and admiration for creativity. A non-elitist management style at all levels. It's a love for pop in the best sense of the word.

It's easy to devolve into gossip about other explanations for her departure, who will leave next or any kind of intrigue. But what gets lost in that nonsense is the kind of person Judy is and the mark she had on the company, pop culture and really anyone who crossed paths with her. So when I think of Judy I think lots of things:

A lot of her staff and colleagues say it best:

From The Hollywood Reporter:

From The Los Angeles Times:

She truly is loved. So much so that last night, just hours after her resignation, hundreds of family, friends and staff (past & present) poured into Ink 48 in NYC to say thank you and celebrate her. The Roots rocked the joint. Bono, The Edge, Stephen Colbert and others stopped by to give her a hug.

If you recall, when Tom Freston left the company thousands of employees lined the lobby out into the street to cheer and send him off in grand style. I can think of no better way for Viacom and its employees to say thank you for a stellar 30 year career. What a classy move that would be. A torch passed with thanks is a wonderful thing.

Viacom will go on, companies do that. They announced they won't replace her, but the plain and simple fact is Judy McGrath is not replaceable.

For now, I hope she goes on a trip with her family, takes a deep breath and digests what she has accomplished. I am excited to see what Judy does next. I can see her back running a company or doing pro-social work on a global scale.

Whatever it is... what a run. The sequel will be even better because Judy McGrath fucking rocks.

Former President of MySpace, Sling Media, and Chief Digital Officer of MTV Networks. Board Member - MGM. Angel Investor, curator of Media Redefined. Be sure to ollow Jason on Twitter at @JasonHirschhorn.