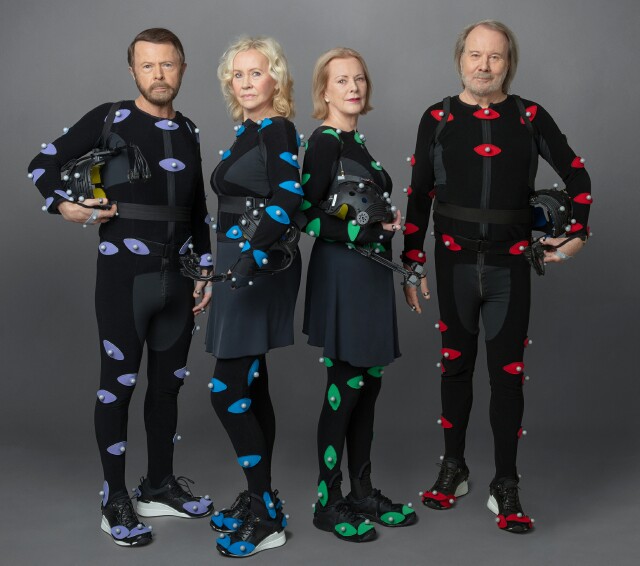 September began with an avalanche of bad news: wildfires, floods, a rise in pandemic cases and deaths, Afghanistan, political strife. But amid the clouds of darkness came a ray of hope, almost impossible to conceive. ABBA was back!

Not that the band -- one of Sweden's biggest imports -- ever went away. Forty years after its final studio album "The Visitors," its sales have been steady, buoyed by its use in the stage musical Mamma Mia! and its subsequent films. Estimates of its total sales approach 400 million albums sold worldwide and over 16 million global streams. ABBA Gold, its 1992 greatest hits album, recently surpassed its 1000th week on the U.K. albums chart -- the only title to achieve that. Nary a wedding party has been thrown without their No. 1 "Dancing Queen" on its playlist. That song was added to the Grammy Hall of Fame in 2015.

But a return of the band to recording after an absence of nearly 40 years is something few expected. Their new album, Voyage, will be released Nov. 5 on Capitol Records. Already, the smooth writing and production of Björn Ulvaeus and Benny Andersson, with the unmistakable harmonies of Agnetha Fäitskog and Anni-Frid Lyngstad, have propelled their new double-sided single to chart heights.

"To tell the truth," the band confessed in a press release, "the main inspiration to record again comes from our involvement in creating the strangest and most spectacular concert you could ever dream of."

Because touring and nightly performances would not be optimum for a band whose ages now range from 71 to 76, they've created digital avatars to perform in a custom-built theater in London. Tickets are already on sale for the run to see the digital versions of ABBA doing their songs starting May 27, 2022 at the new, 3,000 capacity theater in Queen Elizabeth Olympic Park in London. A glimpse of the surprisingly sleek and decidedly younger looking avatars comes in the video for its new single "I Still Have Faith In You" which has more than 20 million views on YouTube.

"We have infused a good deal of our souls into those avatars," says band member Björn Ulvaeus, 76. "The Voyageproject has injected new life into us in more ways than one."

Their four avatars, which will be performing with a live, 10-piece band, is the result of months of motion-capture and performance techniques from an 850-member team from Industrial Light & Magic, the company founded by George Lucas, embarking on its first foray into music.

"Even if not in the flesh, we will be right there, thanks to the work of the creative team and ILM," says Anderson, who with his bandmates has been photographed in the futuristic motion-capture outfits that will inform their onstage versions.

But how unusual will it be, as the ABBA press release puts it, "to sit back in an audience and watch our digital selves perform our songs"?

Already there have been concert tours featuring holograms of long-dead performers, from Roy Orbison to Buddy Holly. Next month, a Whitney Houston hologram concert takes residency in Las Vegas. And this Wednesday will see the premiere of Alter Egos, a new singing competition on Fox that will feature avatars of the singers.

Producer Matilda Zoltowski says the idea for Alter Egos, is to take "people who wouldn't necessarily usually be able to take part in a show or a competition like this and give them the chance to do it." Those who lack self-confidence or struggle with body issues or physical disabilities can produce sometimes fantastical avatars to present their singing before an audience and live group of judges -- as if it were an aspirational Masked Singer, the show's lead-in.

"This is beyond makeup," says will.i.am, a judge on the show who famously had experience appearing as a hologram during CNN's 2008 election night coverage. "This is, like, next level."

Fox president of alternative entertainment and specials Rob Wade said even when the network announced Alter Egos in the spring, the technology wasn't quite there. "We really could never have done it before this moment in time," he noted.

And citing the ABBA announcement, he said avatars of the show winners can record and "tour live around the world at a stadium."