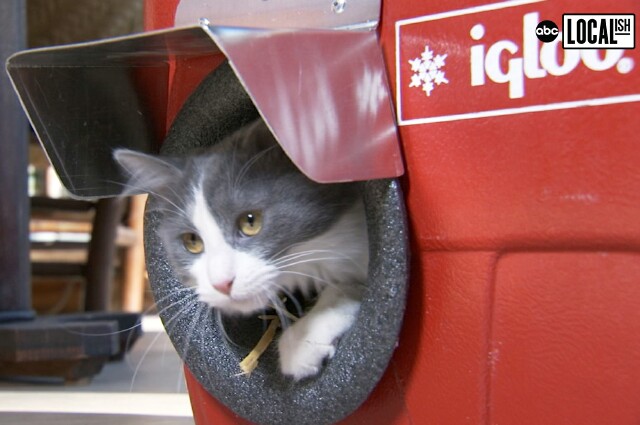 “We’re listening to consumers out there in these communities who are looking for good stories, things that inspire them or make them feel better about the world in which they live,” said Jennifer Mitchell, senior vice president of content development at ABC Owned TV Stations.  “That’s the idea [behind] launching a brand like this.”

At first, some 14 million viewers within the vicinity of these eight locations will have two ways of watching Localish at any time.  One is through Live Well Network, the multicast channel currently running home, health and lifestyle series produced by ABC stations.  Live Well started in April 2009 through the ABC stations unit, and within months was cleared for national multicast carriage by a number of station groups.  When ABC management decided to discontinue Live Well five years ago, the owned stations kept the service going without creating any new content for it.  That dormant status ends February 17, when Live Well is rebranded as Localish.

The other way viewers can see the service is through Amazon Fire TV, as an on-demand feature of the smart TV application running on their local ABC station.  In the next two to three months, Mitchell’s unit will set up arrangements to bring Localish to other smart TV devices, with smart TV set carriage a strong likelihood down the road.

From the start in September 2018, station-provided segments were arranged into half-hour series that were continuously updated with new material.  More than 700 reports were presented during Localish’s first year, running on each ABC station’s Web site and mobile app.  Made In Common, thanks to additional play on Facebook Watch, became an early flagship program.  Each episode features people who connect on a specific situation regardless of their backgrounds.  “It’s about bringing people together from seemingly opposite ends of the spectrum, whether politically, economically or philosophically, around an issue,” Mitchell explained.  “It’s very subject- and character-based versus presenter-based.  We’re really proud of it.”

Made In Common will be one of 10 series on Localism’s debut schedule. The others are All Good, profiling people who make a positive difference in their communities; Secretly Awesome, focusing on local hot spots under the radar; My Go-To, about places people want to go; Bite Size, spotlighting unique eats from local restaurants, bars and festivals; Worth the Wait, profiling entertainment venues where long lines to get in are the norm; Pumped, exploring new fitness trends; Glam Lab, focusing on new beauty products and trends; Out of Office, a vacation video showcase, and Stroke of Genius, where talented artists put their most inspired work on camera.

The schedule will rotate so that “if you’re a viewer coming in at 9 a.m. every day, you will not see the same program every day at 9 a.m.,” Mitchell added.  “Every day we’ll increase the amount of (first-run segments) the network has, so you’ll see more fresh content as we roll out and move forward.”

Each hour will have national and local advertising minutes, with dedicated ABC ad sales staff pitching network spots and individual stations selling the local time.  At press time, the national/local ad breakdown per-hour was still being worked out.  There will be at least one series launching with major ad support: Secretly Awesome, with Hiscox Insurance as presenting sponsor and commercial time buyer.

Other ABC affiliates are expressing interest in picking up Localish’s linear channel and/or supplying content for it, Mitchell said.  But right now, the focus is on a smooth linear debut among her unit’s stations.  “Once we get this launched, we’ll have conversations with the (full) affiliate body about how we can work together,” she noted.

There are no plans in the immediate future to incorporate Localish as an ongoing feature of ABC News Live, the smart TV set/device-distributed service featuring two primetime, hour-long newscasts, which will expand to 18 hours per day of first-run programming by the end of the year.

“There’s no doubt that consumers are dictating the changes and behavior in how they are consuming content,” Mitchell asserted.  “Connected TV is the fastest-growing place we’re seeing consumption increase.  It’s like the way we were talking about mobile consumption five years ago.  We are very aware of what our competition is doing in the marketplace, and we have very aggressive plans coming up in the next weeks and months.”