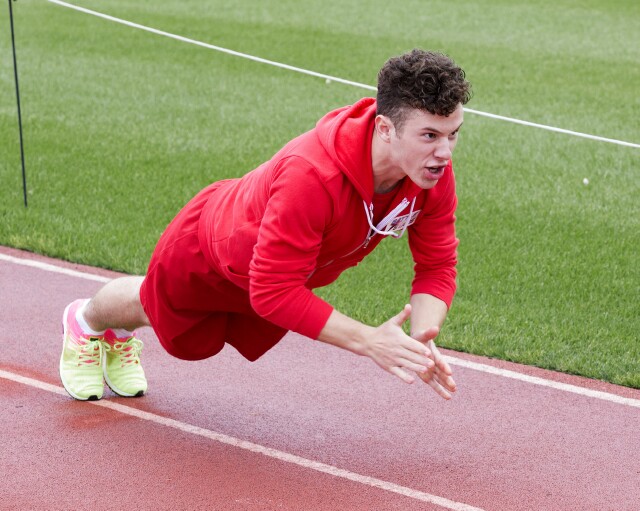 In its 1970’s heyday, ABC’s Battle of the Network Stars was appointment television. Where else would you see the casts of Charlie’s Angels and CHiPs go head to head on a sports field with Mr. Kotter (Gabe Kaplan) of Welcome Back Kotter and Capt. Apollo (Richard Hatch) of Battlestar Galactica?  Without BOTNS those universes would never have collided.  With the Big Three networks all protective of their properties, the chances of multi-network crossovers were impossible – but this show brought them together. The original series of specials ran for 13 years, and there was a brief resurgence of the concept in 2005 by Bravo, which telecast its own six-episode Battle of the Network Reality Stars.  Now, BOTNS will be back for a 10-episode summer fun run beginning June 29; another component of ABC's expanding Summer Fun and Games franchise.

ABC has amassed 100 TV stars from 14 different network and cable companies, promising a nostalgic throwback.  Original BOTNS participants from CHiPs (Larry Wilcox and Erik Estrada), Dallas (Charlene Tilton) and The Incredible Hulk (Lou Ferrigno) will battle it out against cast members from Scandal (Cornelius Smith Jr. and Joshua Malina), Modern Family (Nolan Gould, pictured at top) and How to Get Away with Murder (Matt McGorry), to name just a few.

So exactly how will this new take on the classic format look?  MediaVillage.com got an exclusive sneak peak at an episode in production (a full report will follow closer to airdate) and an opportunity to ask show-runner and executive producer Andrew Glassman, a devote of the original series, just what to expect.

Steve Gidlow:  What was it like walking onto those hallowed Pepperdine University grounds where the original took place?

Andrew Glassman:  I don’t like to take myself, or my job, too seriously, so I spent time walking around the track and pool thinking about everything the team who did the original series did right to capture our imaginations.  I was a big Howard Cosell fan, so I tried to listen and hear the echoes of that.  I really feel a sense of responsibility to put on a positive show that captures the sensibility and spirit of the original.

Steve:  Was there a challenge in getting 100 stars to participate?

Andrew:  The stars signed up in a very positive and willing fashion. I was completely and pleasantly surprised that the show’s title evoked so many positive memories for people who were either participants, three decades ago, or had seen it growing up.  Some of the contestants said, “I grew up watching the show and dreaming that one day I’d be a star and be invited to participate.”  Everyone is really enthusiastic. 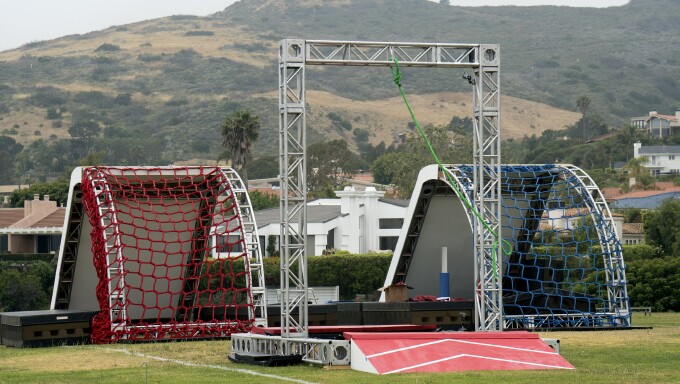 Andrew:  I just went through my favorite shows that I grew up with and if I saw someone in the supermarket, I’d be excited.  It was the dream scenario of a bunch of us in an office throwing out L.A. Law, The Facts of Life ... taking a trip down memory lane.  (In this preview from the set, Lisa Whelchel from The Facts of Life is pictured below in the current BOTNS competition.)  Everything from primetime soaps that had the world stopping to watch to sitcoms people would rush home from dinner to see.  That was really the privilege of putting this whole thing together. 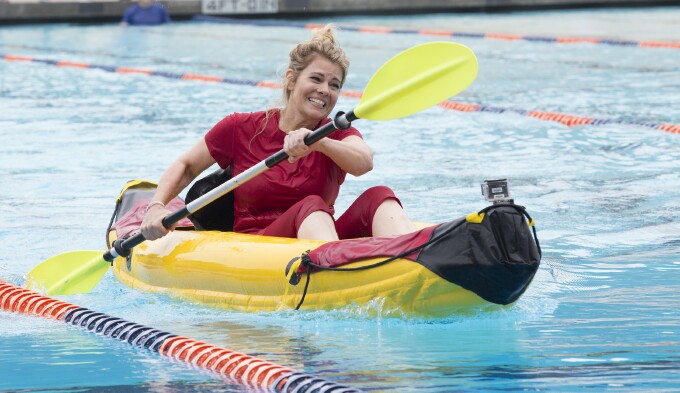 Steve:  The originals were two-hour specials.  Why the change in format?

Andrew:  I put myself in the place of the viewer and thought, ‘How would I like to watch this?’  Now we have 10 stars every week doing all of the events.  It will feel a little faster and more upbeat than the original.

Steve:  Are you sticking to the classic challenges?

Andrew:  A lot of the challenges like track and field, swimming and kayaking are there.  I actually tried to find the manufacturer of the kayak from the original, but the original rules are intact and we’re doing all of these events in one day rather than having the stars spend two or three days completing them.

Steve:  How have the original stars been doing?

Andrew:  Great!  They are great storylines for us.  Some came in saying, “We were kids on the original show and we have to prove that we can run as fast as anyone.  To borrow a phrase from vintage television: “better, stronger, faster.” Clearly I have a 1980s television fixation [laughs] but there’s a lot of positive energy and when that whistle blows you really see the competitive side.

Steve:  What’s the reaction from some of the newer stars?

Andrew:  The current show participants all know the show or heard about it from their parents.  Some admitted to seeing it on YouTube, so there’s that.  It sets up an interesting dynamic, where you have current sitcom stars on the same team as someone whose sitcom was on at the height of its popularity 25 years ago. We have the prior generation’s stars passing down knowledge to current stars on all sorts of things.  There’s been a cross-generational camaraderie happening and it’s so great to see.

Steve:  Will we have flashbacks to the original series?

Andrew:  Yes, we’ll definitely be reminding people of the great moments from the past.  Everyone is given the chance to update viewers on what they’re doing now, but not necessarily in a long [package] about them.  We’re trying to stick to the action.

Steve:  Why do you think this format still resonates and is worth re-imagining?

Andrew:  The thing that worked about the original that I believe is going to work now is the sense of getting to know someone on a deeper level. There’s something about watching people you know from television in a competitive setting; it gives you a different dimension to who they are. After watching them on this show, I feel I know them better. The stars like to play in this format.

The all-new Battle of the Network Stars debuts Thursday, June 29 at 9 p.m. on ABC.